Is Boba Fett in a Star Wars "Story" film?

The long-rumored Boba Fett film, never confirmed by Lucasfilm, is not a current priority for the studio.

Last revised April 8, 2021. Please continue reading for all the facts versus the fiction.

This exclusive “Fett Fact Check” is our own repository of what we learn, when we learn it. We’re logging and analyzing Boba Fett-specific confirmations, ambiguities and falsities — each with date and original attribution.

Below are our findings, sorted from newest to oldest.

KEY
3RD/4TH = 3rd or 4th “Story” Film (which may or may not be about Boba Fett, but currently rumored / almost confirmed to be Obi-Wan Kenobi)
LIVE = “The Mandalorian” (live-action TV series for Disney’s streaming service)
RO = “Rogue One: A Star Wars Story”
SOLO = “Solo: A Star Wars Story”

Note: our “Boba Fett: A Star Wars Story” and “Star Wars: Boba Fett: Anthology” images are our own unofficial logos made for illustrative purposes. 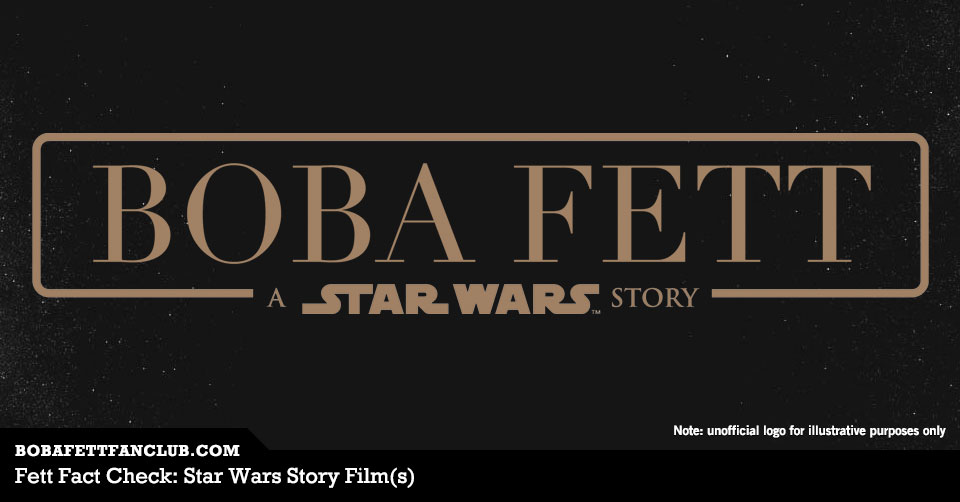