Here’s another one for the rumor mill… Take this with another grain of salt, Fett fanatics.

German fan site StarWars-Union.de was given a tip, reportedly from an unnamed attendee of an untitled Hasbro training day in an unknown city. These are the rumored “working titles” and the fan site says they believe this is true:

We followed up with the site and asked more questions. We asked for more, and didn’t learn anything more.

For such a tightly guarded franchise, why would a Hasbro training event share top secret information? For such a news report, why would this informant just go to this German fan site and not hit up a dozen other sites with this overnight news?

Hasbro, whose headquarters was recently photographed with a Boba Fett two-pack action figure on a “Rebels” branded board, must be really in deep with Disney to be leaking all of this news. Perhaps the reason for the unnamed sources is to protect one’s job working there.

Also something to note: we’ve seen the date of the rumored Boba Fett spin-off film go between 2016 and 2018. If anyone’s right, which one is right? Years ago, we had official word (via Lucasfilm’s own Rick McCallum) of a live-action series involving Boba Fett to come in 2009, but that never happened (source: 1, 2, 3).

All in all, there is still zero official confirmation of a Boba Fett film. 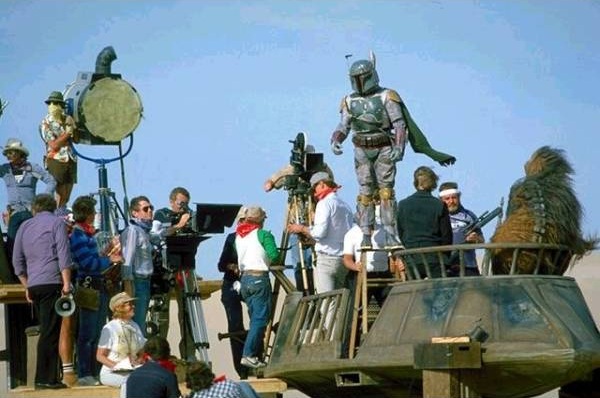