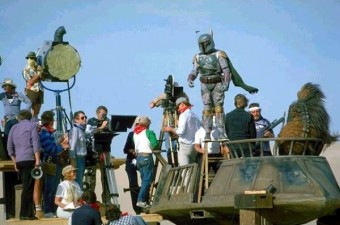 Barely a week after announcing that J.J. Abrams will direct Episode VII, the first in what is being referred to as the “sequel trilogy”, StarWars.com has also announced that they are looking to produce two additional spinoff films to expand the Star Wars universe even further.

One of the standalone films will be written by Lawrence Kasdan, screenwriter of The Empire Strikes Back, Raiders of the Lost Ark, and co-writer ofReturn of the Jedi while the other will be penned by Simon Kinberg, writer of Sherlock Holmes and Mr. and Mrs. Smith. The movies will be separate from the upcoming Episodes VII, VIII, and IX, on which Kasdan and Kinberg are also consulting, and are expected to be released sometime after Episode VII. Each standalone film will focus on a specific character, and two spinoff films are currently confirmed.

In a call to investors, Bob Iger, chairman and CEO of The Walt Disney Company, revealed that while the original focus was on the highly-anticipated sequel trilogy, the idea of spinoff films was bandied about early and the additional films are now becoming a reality. “We are in development of a few standalone films,” he said, “that are not part of the Star Wars saga…there are now creative entities working on developing scripts for what would be those standalone films.”

Entertainment Weekly is now reporting that one of the two spinoffs will be the long-rumored Boba Fett feature film.

“The Boba Fett film would take place either between A New Hope and The Empire Strikes Back, or between Empire and Jedi, where the bounty hunter was last seen plunging unceremoniously into a sarlacc pit. Exactly who would play him isn’t much of a complication – in the original trilogy, he never took off his helmet. And in the prequels, we learned he was the son of the original stormtrooper clone, played by Temuera Morrison, who’s still the right age for the part if his services were required.”

You may also recall last year when we reported that Captain America: The First Avenger director Joe Johnston said that he wanted to direct a solo Boba Fett film in an interview with ScreenRant.

“You know if he wants to see it, I would show it to him. I’m trying to get George to make a feature based on Boba Fett.”

It looks like Johnston just might get his wish after all. According to EW, the second spinoff film will feature the adventures of a young Han Solo. 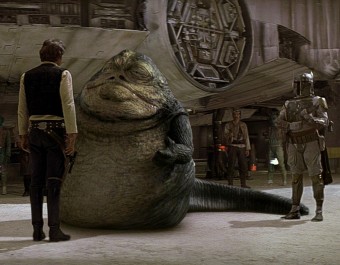 What do you think of these new rumors?

If they turn out to be true, what storyline do you think they should focus on?

Leave your thoughts in the comments below!