Is Boba Fett Dead or Alive?

Updated to address The Book of Boba Fett Chapter 1 and The Mandalorian S2E1 and S2E6. This article also looks back at how things have been one way or another, too.

Alive, as seen crawling out of the sand in "The Book of Boba Fett" Chapter 1 and further recovered in Season 2 of "The Mandalorian." This resolved the "neither dead nor alive" angle (aka "Schrodinger's Fett") that Disney has taken for years.

Last revised January 2, 2022. Please continue reading for all the facts versus the fiction.

This page is our own repository of the facts: quotes with attribution over time from official sources. Specifically for this feature, we note what is “canon” versus what is considered a legend / expanded universe and therefore is “not canon.”

Note that after Disney bought Lucasfilm and created the Story Group, on April 25, 2014, they decided that all of the “Expanded Universe” (EU) books and comics made up until that point were now considered “legends” and therefore not canon. Previously, EU involved a sort of “hierarchical” canon, which is ripe for confusion. George Lucas coined the EU for everything he didn’t create. Our use of “canon” below is George’s canon and nowadays Disney’s canon. For the brief period there were “tiers” of canon, where on one hand there’s the canon we still call canon today (aka George Lucas’ canon) but then the often-contradictory stories that make up the EU, which was always considered separate and not-Lucas-canon. In the Essential Reader’s Companion from 2012, there’s a clear explanation, too. Post-2014, it’s all not canon, too. (See StarWarsNewsNet.com‘s article for more of a deep dive into this all.) Nowadays, thanks to Disney and the Story Group actually, it’s even more clear what’s canon and what’s not (“legends”).

This exclusive “Fett Fact Check” is our own repository of what we learn, when we learn it. We’re both logging and analyzing Boba Fett-specific confirmations, ambiguities, and denials — each with date and original attribution. Below are our findings, sorted from newest to oldest: 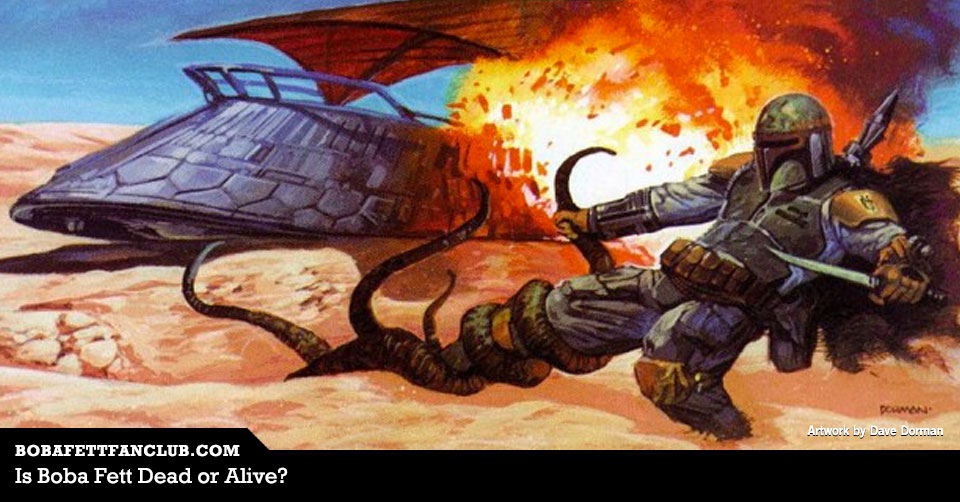