/Film is reporting today a rumor that they believe has multiple confirmations. It’s regarding the first Star Wars spin-off film as having a heist-style plot circa “A New Hope” and the Death Star plans.

Their reporting is quick to say “Boba Fett” never came up in conversation. But it does suggest the Rebels are hiring bounty hunters to do the job.

Fett was never mentioned in any of the conversations we had about this film, but if this is a movie about bounty hunters, you could easily include him. I repeat: we do not know if Boba Fett is in this film. We just think the idea of the Rebels hiring a bunch of bounty hunters, who don’t have a real allegiance, is a logical and cool plot.

The first spin-off has yet to be confirmed to involve Boba Fett. Having director Gareth Edwards and screenwriter Gary Whitta behind the project are the only confirmations so far. 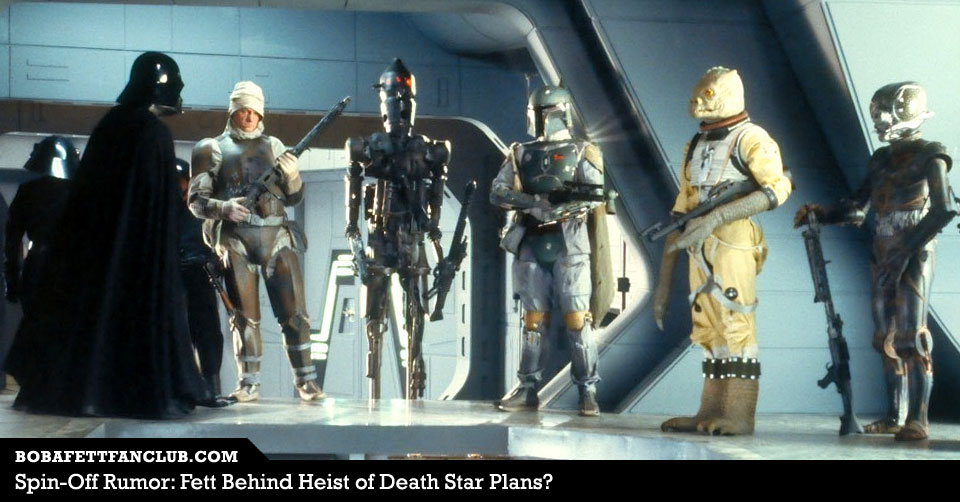