Take part in our "State of Boba Fett Fandom" survey

BFFC has appeared on television, in newsprint, and on some pretty popular websites

For interview or similar inquiries, please contact the curator/founder of BFFC, Aaron Proctor, at info@bobafettfanclub.com.

In 2020, The New York Times quoted and linked to our video interview with the original Boba Fett actor, Jeremy Bulloch, after his passing. The inaugural member of BFFC, Jeremy worked frequently with this site, including giving hours for our exclusive interview in 2015.

Earlier, in 2016, The New York Times cited our Fettpedia page (as hypertext for "Star Wars Insider") for Jason Wingreen, the original voice actor for Boba Fett who at that time had recently passed away, for their obituary. We had transcribed an interview he did with the Star Wars Insider in 2000, which illuminated his experience doing the original voice of Boba Fett.

San Francisco Chronicle ran a front-page "Entertainment" section story in print and online for their story, "Forget Anakin — for die-hard 'Star Wars' fans, Boba Fett rules" by Peter Hartlaub (May 14, 2005). Here's an excerpt: "When Aaron Proctor started his Boba Fett Web site as a teenager in 1996, the San Francisco native wasn't expecting many visitors. After all, the 'Star Wars' bounty hunter had only five lines in the original trilogy, and his apparent death in 'Return of the Jedi..."

Entertainment Weekly wrote this about us in 2002 for a story called "Tempted by Fett — A Boba Fett fan shares his sad obsession" by Dalton Ross (May 17, 2002). "Casual Fett fans should begin their quest at the appropriately (and unimaginatively) titled Boba Fett Fan Club, which offers solid (okay, scary) amounts of information on the original man behind the mask, actor Jeremy Bulloch. Visitors are treated to a brief interview, tour diaries, and pictures of the actor chilling in his house. There's a perverse joy in seeing the guy who caught Han Solo hanging out on his couch and surfing the Web." Online and in print.

U.S. News & World Report ran a full-page article and photo on this website in 1997 for an article "The Force Is Still With Them — 'Star Wars': Return of a cosmic cash cow" by John Marks (January 27, 1997). It was on page 63 of the print edition, featuring the founder of the Boba Fett Fan Club.
Accolade

Starting on May 17, 2015, The Official Star Wars Website (StarWars.com) graciously has added the Boba Fett Fan Club as a prominent link on their "Community" page. 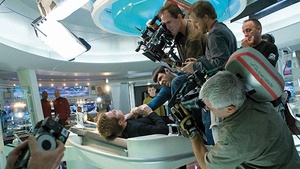 We broke the news that Star Wars Episode VII was being shot on Kodak film stock by Dan Mindel, J.J. Abrams' cinematographer. While at an event for cinematographers, we were first to post online the news after Dan spoke about the big reveal. The news made front page at Mashable, Gizmodo, AV Club, Yahoo Movies / The Wrap, JoBlo, Ain't It Cool News, IGN, Slashfilm, Latino Review, CNET, Huffington Post, TechRadar, The Verge, Collider, io9, MovieWeb, and more.
Accolade

BFFC is included on Wikipedia as one of two external links for their authoritative and often cited Boba Fett entry.

We were part of a one-hour show for the Sci-Fi Channel about Star Wars fandom called Episode 1 Unauthorized: The Phantom Menace, which aired May 17, 1999.
Website

Our website was featured on the home page of the search engine, Yahoo! (May 11, 1999), which at the time was a real big deal — and led to a whole lot of new visitors.

"They have their own action figures, fan clubs — from the Wookieepedia to a flourishing Boba Fett Fan Club — and weird fetishistic apparel."
Radio

Later in 2020, after the unfortunate passing of Jeremy Bulloch, BBC Radio Leicester did a radio interview with us.

WebsiteIn 2020, surrounding the passing of Jeremy Bulloch, the main BBC website included a quote from one of our interviews with the original Boba Fett actor.

"I'm a card-carrying member of the Boba Fett Fan Club..." 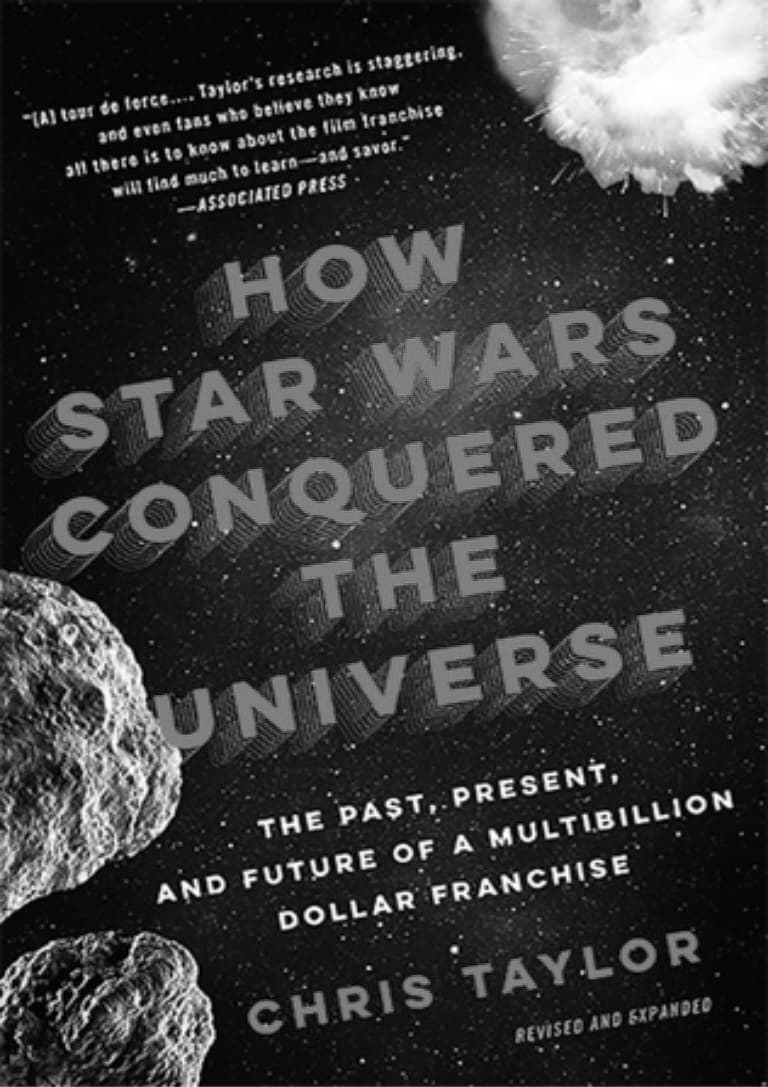 How Star Wars Conquered the Universe: The Past, Present, and Future of a Multibillion Dollar Franchise by Chris Taylor

Maybe it's a coincidence, but the TV show Gilmore Girls name drops "Boba Fett Fan Club" in Season 5 Episode 4! The episode, which aired October 12, 2004, is where Paris announces that Glenn "went from the 'Star Trek' convention to the Boba Fett Fan Club symposium" over the summer.
WebsiteYahoo Internet Life (July 12, 1999)

"At the incredible Boba Fett Multimedia Vault [editor's note: the name for BFFC in 1999], you'll find tips for creating Mandalorian armor, as well as a convention schedule for actor Jeremy Bulloch (the bounty hunter's alter ego)."

"Everything you wanted to know." The book included a full-size screenshot of the site in 1999, at that time called The Boba Fett Multimedia Vault.
NewspaperSF Gate
"May the Web Be with You" by Peter Fagan (May 6, 1999)

The website for the San Francisco Chronicle said the following: "The Boba Fett Fan Club page is the definitive archive of information about the most admired, yet enigmatic characters of the Star Wars myth."

View on sfgate.com
View screenshot
NewspaperCalgary Herald
"May the Web Be with You" by Peter Fagan (May 6, 1999)

The website for the San Francisco Chronicle said the following: "The Boba Fett Fan Club page is the definitive archive of information about the most admired, yet enigmatic characters of the Star Wars myth."

"...the one place that any Fett fan can go for anything they want to know about their favorite Mandalorian ... it is a very good production."
Magazine 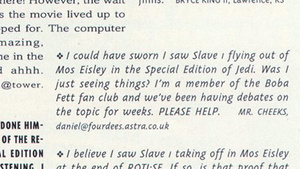 BFFC is mentioned in a letter to the editor
Magazine 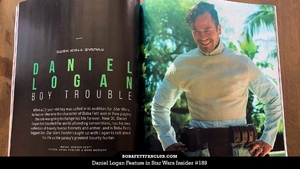 Our own photos of Daniel Logan getting fitted for his own Boba Fett costume were published across multiple pages.
WebsiteSciFi.com Star Wars directory Pick (February 2002)

From the website for the Sci-Fi Channel (now called Syfy): "Boba Fett Fan Club (pick) - Don your Clone Wars armor--or learn how to create some--before you blast your way through these downloads, checklists of BF collectibles, and so very much more."
WebsiteOn The Gnome's Desktop #29

"Who's the best and the baddest bounty hunter in the Universe? :) That's right! And he's got his own fan club. If you have a Fett fetish, don't fail to find your way to this fabulous site! Find out the Fett Facts firsthand--and bookmark immediately."
WebsiteAlternative Webs Best of the Web (March 1st, 1998)

"Nothing but Boba Fett. All day and all night. A very well put together site. Lots of sound and video."
TelevisionNBC-KTAB (February 14, 1997)

BFFC is mention on the air for the local NBC station in Texas.
WebsiteAbout.Com

"The most popular bounty hunter this side of the Kessel run is completely documented and examined. Very nice site!"
WebsiteOregon Live

"All Boba, all the time. The shoot-Boba-Fett game is ultra cool."

Featured a column and photo about BFFC.
WebsiteSuite101.com

4 Stars. "Everything you ever wanted to know about Boba Fett but were afraid to ask."

Back in the day, we were also named as an editor's pick by Netscape/AOL, Lycos and ICQ, and awarded a Magellan 3 Star Site, Point Top 5% of the Web, and "Best Site" by GO Network.