Published February 21, 2017 • Updated October 30, 2020 6:47pm • Written by Quinn Crain • Filed under Fettpedia
Looking for The Mandalorian Season 2 spoilers? Cobb Vanth has now been confirmed to be wearing Boba Fett’s “Return of the Jedi” armor, although Cobb is not Boba Fett nor pretending to be him (ala Jodo Kast).
Need the lowdown on whether Boba Fett is canonically alive or dead? See our Fett Fact check.

In “Aftermath,” an acid-damaged set of Mandalorian armor — discovered by a sheriff named Cobb Vanth within the confines of a Jawa sandcrawler — has captivated many fans with the idea that it may be Boba Fett’s.

With “Life Debt,” we discovered that the Jawas have been plundering the depths of the Great Pit of Carkoon and the Sarlacc had been damaged by the explosion of Jabba’s Sail Barge. Charred pieces from “a luxury barge” were also found in the aforementioned sandcrawler.

Now in “Empire’s End,” if you were hoping for any direct, hard-as-duracrete answers about Boba Fett’s ultimate fate, well… we’re just going to have to wait.

Two Red Key raiders—Yimug the Gran, Gweeska the Rodian—drag the man in all-too-familiar Mandalorian armor out into the center of so-called Freetown.”

“You don’t deserve that armor,” Lorgan says, his voice a hiss like sand against sand.

“Is it even real Mandalorian armor? Looks like something hammered out on a swindler’s forge. Besides…wearing a strong man’s armor doesn’t change how weak you are. Take his helmet off.”

The book gives us a little more character development for Cobb Vanth — the man wearing the familiar armor here — who is turning out to be quite the interesting character himself. Not to spoil any of his details, but suffice it to say that he has a massive agenda against the Red Key Company that threatens his town.

While the character of Cobb Vanth is unexpectedly a compelling one, we cannot assume that he is Boba Fett nor Boba Fett’s replacement.

Despite this latest description of the gnarled Mandalorian armor, there is no trace of Boba Fett in this book, nor any implication of his presence. We also don’t get any proof that this is really Fett’s armor, although it is strongly implied in these Tatooine interludes.

(Artwork at top of Boba Fett by Kevin Prangley. Not related to the “Aftermath” trilogy, but close to the look-and-feel of what Cobb Vanth may look like in this scene.) 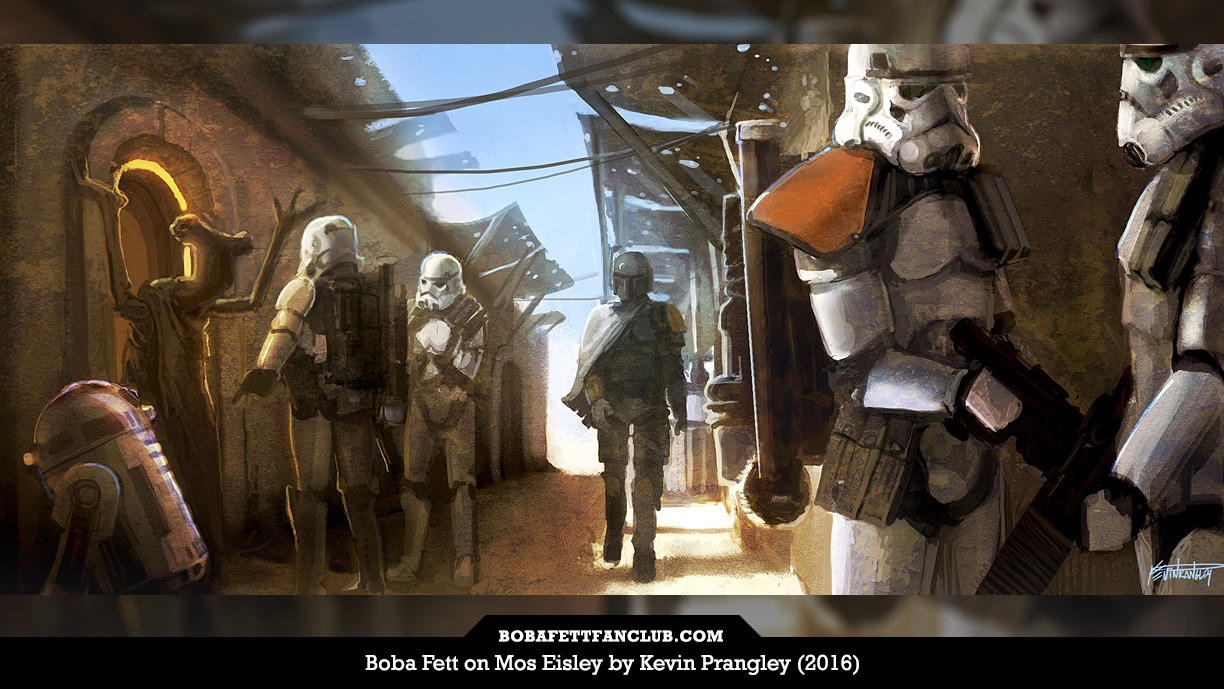