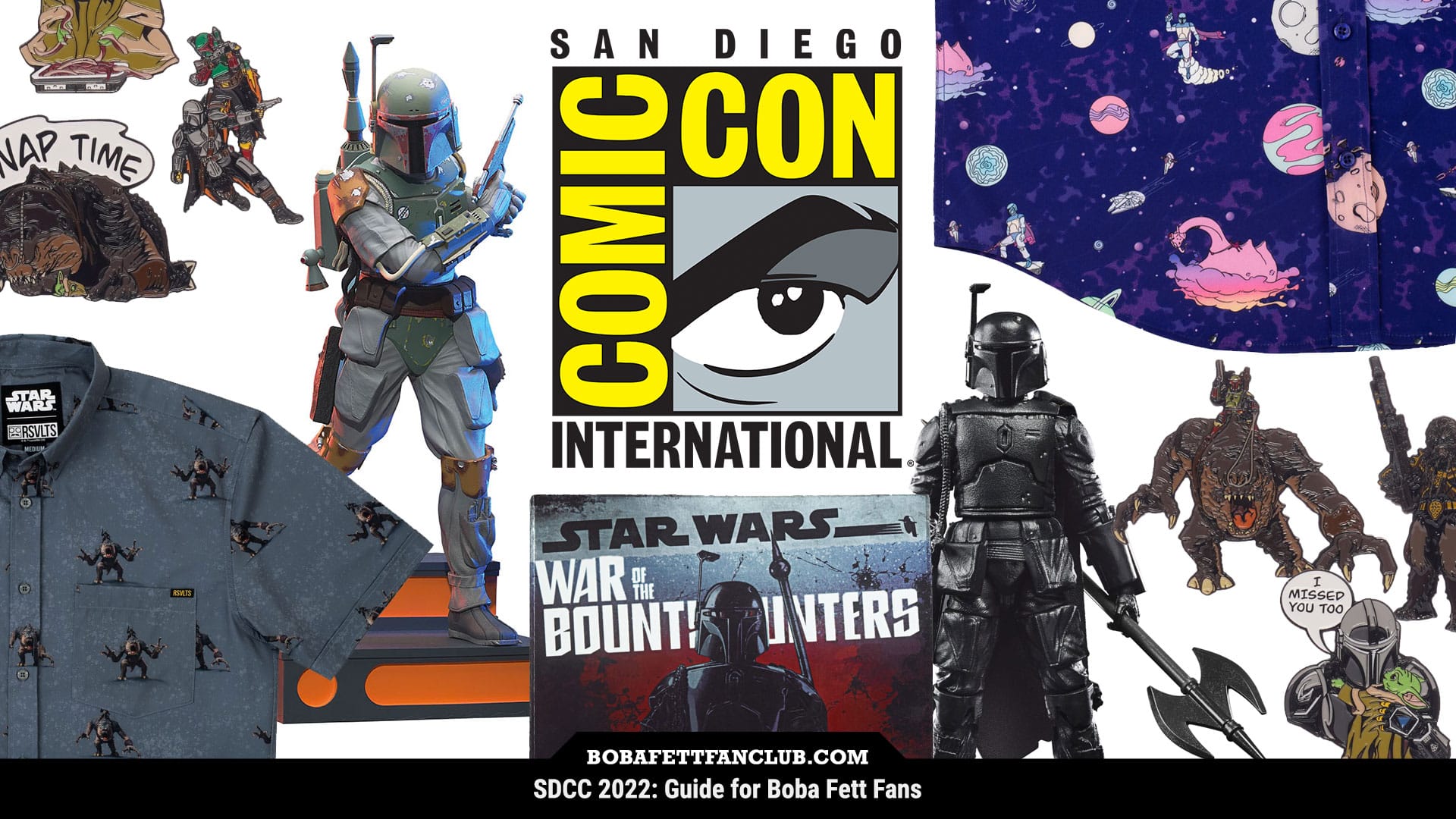 San Diego Comic-Con (SDCC) — the biggest convention around — is back to in-person attendance. Two of us at BFFC will be attending the event as press.

Before you enter the convention, you’ll need to download the CLEAR app (free) and “use Health Pass to confirm health and safety requirements before entering the event.” See SDCC’s tweet for more info.

Buying exclusives? You may need to get a “Purchase Ticket” at Marriott Marquis San Diego Marina Terrace after you have your SDCC badge. It’s outside of the Convention Center.

For Saturday and Sunday panels, it looks like nothing Fett-related.

Entertainment Earth (Booth 2343) have two Boba Fett exclusives. They initially said any merch not sold at SDCC will go to those who pre-order online (aka first come, first served, while supplies last) but at the convention their sign just says to order it online instead. The pins aren’t on display, either.

On display among other Star Wars costumes, presumably screen-used, a “The Book of Boba Fett” Boba Fett costume is available to see at Comic-Con. Unlike Celebration, no special timed/ticketed exhibit to see it.

You can always explore the full list, but here’s the shortlist for Fett fans in alphabetical order:

These artists often feature Boba Fett in their work.

More we’ve come across at the show:

RSVLTS has two exclusives (see above) but they also have more in their Boba Fett collection available online, like a non-purple Boba Fett’s Debut shirt.

Sideshow Collectibles (Booth 1929) revealed the Hot Toys all-black Boba Fett figure the week before SDCC, at their online-only Sideshow Con. There is one display at SDCC. 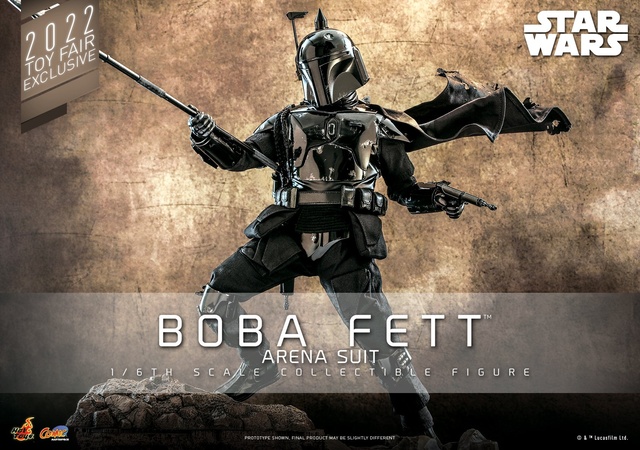 Sideshow’s life-size “The Mandalorian” Boba Fett bust is on display here. No release date or price yet. 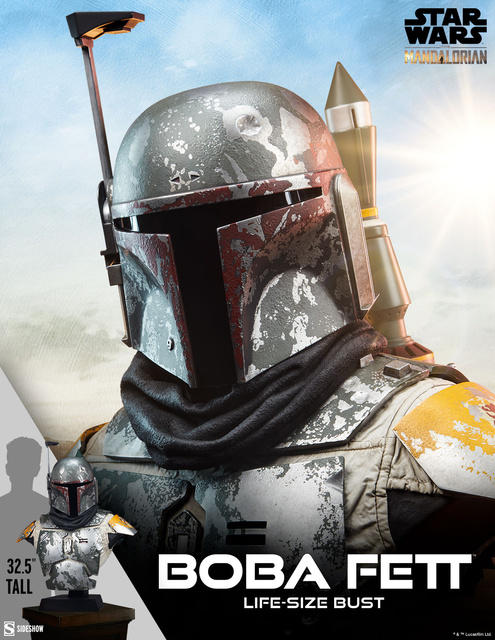 They also revealed a new Premium Format figure with Boba Fett and Han Solo in Carbonite, but it wasn’t on display as of Day 1 of SDCC.

Looking for our coverage from years past?