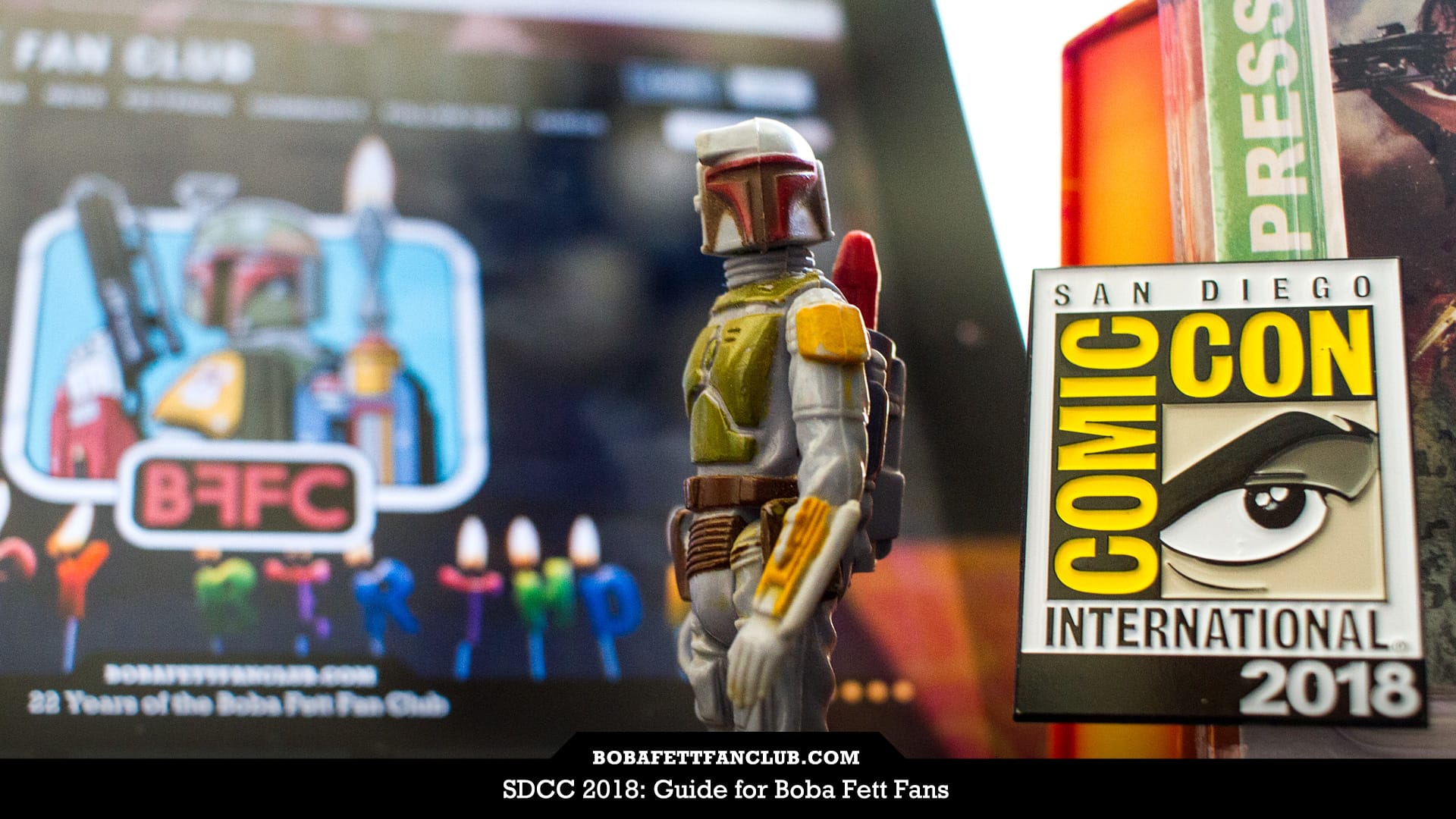 The 2018 San Diego Comic-Con is coming! Like last year, we are back to cover all things.

Acme Archives (Booth 5629) has multiple new pieces with Fett, two of which are convention exclusives:

Hallmark (“PopMinded Star Wars” Booth 2913) has another SDCC exclusive: a new “itty bittys” Boba Fett plush this year. It’s slightly different than their 2015 release, and more like an homage to the Kenner Boba Fett colors and its original “Empire” cardback with the “fireball” art. 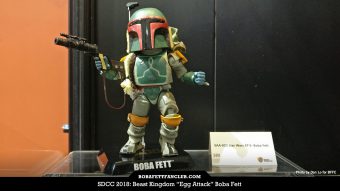 Other days have talks, but nothing Star Wars / Boba Fett specific in the official program.

Sideshow Collectibles (Booth 1929) may have their upcoming “Mythos” Boba Fett on display, and (confirmed on Preview Night) they have their “Legendary Scale” Boba Fett available to see.

According to Sideshow, who distributes these internationally, Hot Toys has a new sixth scale Jango Fett figure coming soon.

Acme Archives (Booth 5629) has convention exclusive and convention debuting Boba Fett art (see above) plus more in their “vault.”

Gentle Giant (Booth 3513) has their exclusive (see above), plus their upcoming “Collector’s Gallery” Boba Fett on display, along with the Boba Fett Enamel Pin from their sister company, Gentle Giant Toys.

Hallmark already released their Boba Fett “Keepsake” ornament, which we saw previewed last year. It’s not a convention exclusive and can be bought on their website and (probably) their stores.

Beast Kingdom Co. (Booth 2849) has a new Egg Attack Boba Fett. While one blog lists as a Comic-Con exclusive, it’s only an advanced release here with 50 available per day. [UPDATE: See more photos from SDCC.]

Kotobukiya has their new ArtFx+ bounty hunters on display. When you buy them all, you get bonus parts to complete a Boba Fett figure.

eFX (Booth 2913) has a special Star Wars booth. Their Boba Fett helmet was on display last year, but not yet for sale.

Lucasfilm (Booth 2913) might have some Fett items on display.

NorCal_Cap, Wasted Fett, LuieBFett and BobaFettHasCollegeDebt will be in costume as Boba Fett. Wasted will be sporting his own “Holiday Special” edition, which will be especially fun to see on Saturday, along with College Debt; and NorCal will have his unique Pre-Pro Fett on Friday. 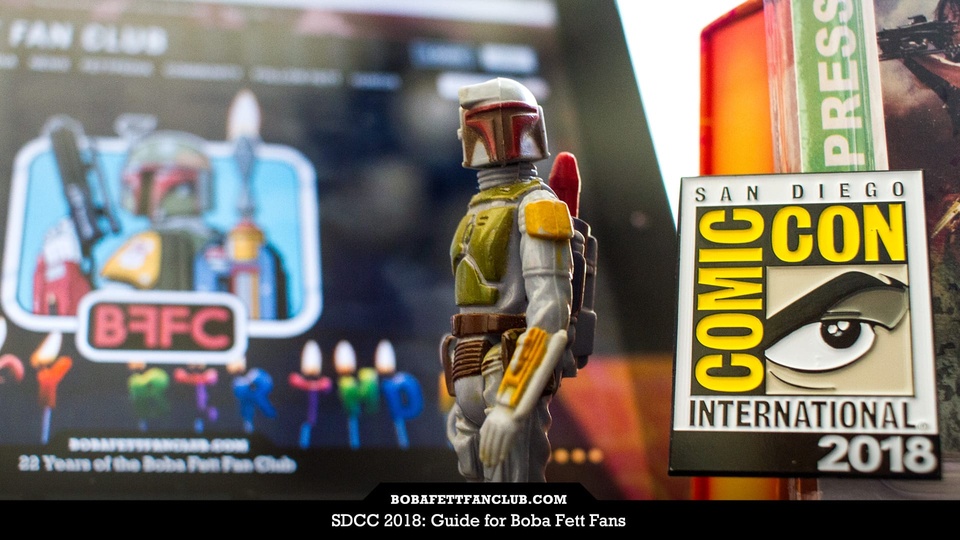