Hasbro (Booth 3329) has a Black Series “Kenner” Boba Fett exclusive figure this year. It will also have a limited quantity available through Hasbro Pulse, plus other international conventions. The “bounty” on this one is $24.99 (although StarWars.com says $27, so including tax presumably).

Funko (Booth 5841) has a “Green Chrome” Boba Fett ($15), which will be a share exclusive with Amazon (not FYE), making this one slightly easier for fans to get their hands on. (UPDATE: Now available on Amazon.)

Bluefin is giving away a Meisho Boba Fett pin and lanyard on Thursday, with Star Wars purchase. See their graphic on social media for additional information.

EFX has been taking pre-orders (via BAIT) for their Boba Fett Replica Helmet, which should be shipping any day now. They’ll likely have one on display at the show — and not just a painted prototype like in past years.

ANOVOS announced an EE-3 Blaster Kit earlier this year, which we confirmed in advance will be on display. We should note, however, that the company has a history of offering a lot of pre-orders and not delivering for a long, long time. (The delivery estimate was Winter 2018 for their Mandalorian Jetpack Kit, but it’s yet to be delivered to those who pre-ordered.)

RockLove has a new Boba Fett pendant, likely on display at the convention.

DKE Toys (Booth 2643) has some unique Boba Fett customs, including:

Friday 5pm: Lucasfilm publishing panel. Who knows? It’s been a while since we’ve had a good Boba Fett book. #JourneyToTheMandalorian, right? 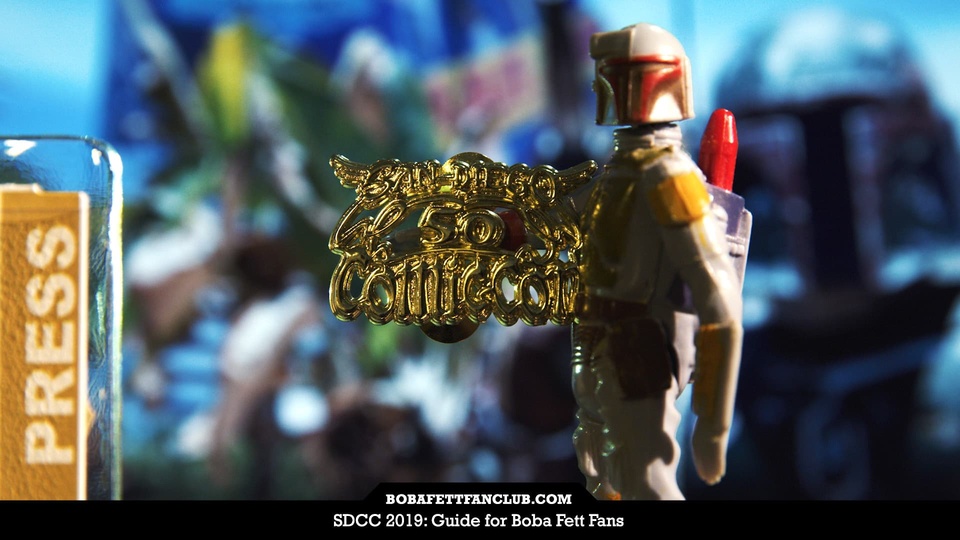