The 2017 San Diego Comic-Con is coming! Here’s your very own checklist to all the Boba Fett merch as we learn about it.

Stance "Pop Art" Boba Fett Socks (SDCC Exclusive)
Stance | 2017
Stance (Booth 2913-M) will have a new pair of “pop art” style Boba Fett socks to unveil at the convention next month. No word if they’re really SDCC exclusive or will also be available elsewhere for their normal $20 price tag.

Nixon Collection Diplomatic SW Boba Fett Watch
Nixon | 2017
Nixon (Booth 2913-J) will have their $2,500 Boba Fett watch at the convention. This came out on Star Wars Day (May 25, 2017) and is definitely not an SDCC exclusive as listed on StarWars.com and Comic-Con.org. It’s still a limited edition of 100.

Dan Veesenmeyer (EE-21 in Artist Alley) has a LEGO Boba Fett print, which has a limited edition of 40

DKE Toys (Booth 5045) has an impressive 24 Boba Fett cardback bootlegs with art by Jason Chalker (aka Manly Art), each of which are $150; shown here are just the cardbacks without the resin figure yet

There’s more, but we can’t share with you yet until SDCC begins. 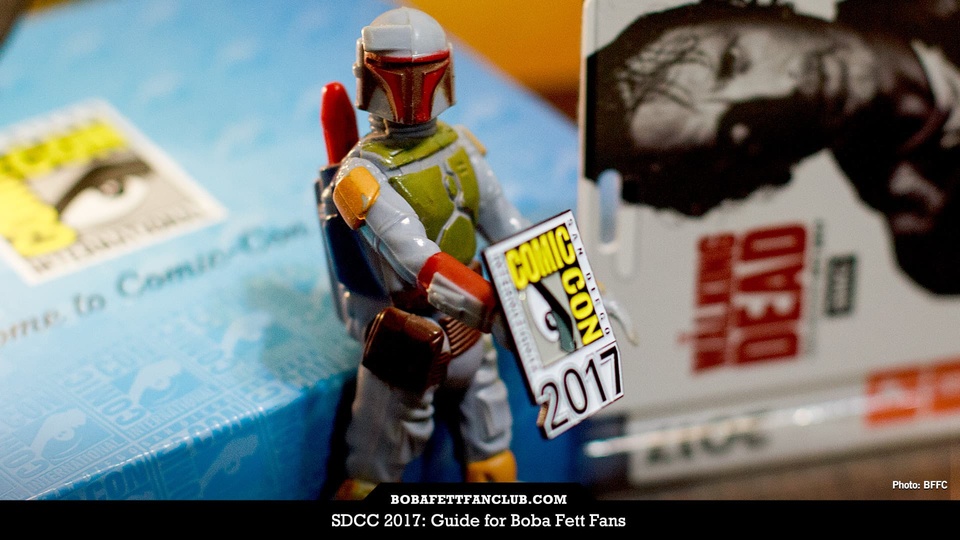