ANOVOS has their brand-new “Empire” Boba Fett prop helmet replica on display at their booth! We shared a photo on Facebook, shot by Ken Morgan on Instagram.

Sideshow Collectibles will be showing (but not selling) the brand-new Ralph McQuarrie Boba Fett Concept Statue. Don’t miss it!

Hasbro has their Hero Masher Boba Fett on display. See Rebelscum.net for a picture, taken on preview night (July 8).

Are panels more your thing? Here are some tips on which panels to attend, which very well might name-drop Boba Fett:

Stop by the fan booths to say hello to our friends at 501st (booth MZ-17) and Mandalorian Mercs Costume Club (booth MZ-16)! 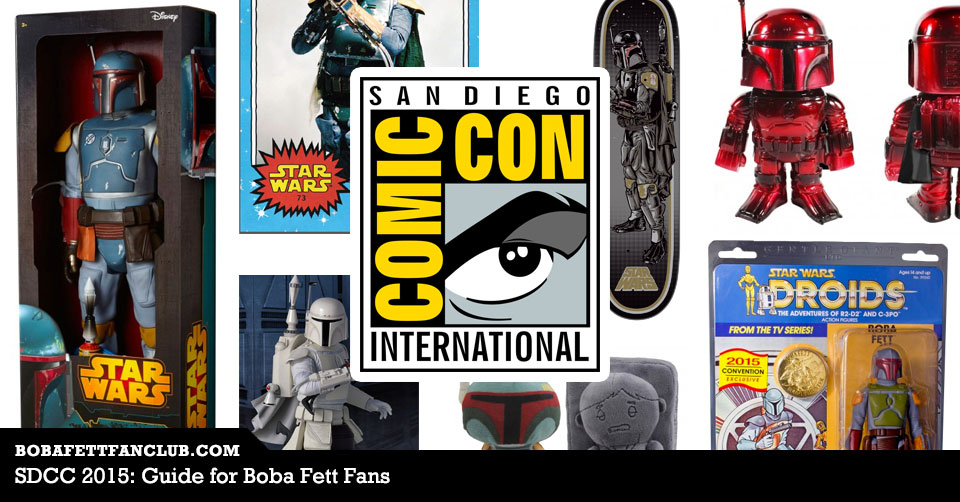