The 2016 San Diego Comic Con — starting today, July 20 (preview night) and going through Sunday, July 24 — has at least a few Boba Fett exclusives this year. While it won’t be as wild as last year, here’s your go-to checklist to help you out, Fett fans!

We’ve found that at least four exclusive items are for sale at Comic Con:

Hallmark has a “Beginnings” holiday ornament featuring the Prototype Armor Boba Fett. StarWars.com describes it as a “two-pack [that] is inspired by the work of concept designer Ralph McQuarrie. One ornament details Boba Fett’s helmet as originally sketched, while the other depicts an all-white full-costume concept.” This one will also be available at NYCC 2016. Price TBD.

3D Innovation has a “Mini Boba Fett & Mini Stormtrooper Double/Combo Pack” (numbered and limited to 300 per design) are 3D night lights that come with stickers. Price: $25.

eFX Inc. has a Prototype Armor Boba Fett helmet on display. See our post on Facebook to see it up close.

Hot Toys has a “Cosbaby” Boba Fett bobble-head on display — and they’ve released some promo photos of it individually plus in the series on Facebook.

Topps, over at Booth 2913-Y in the Lucasfilm pavillion, is doing some Star Wars Galactic Connexions giveaways. The game includes Boba Fett and Jango Fett pieces.

Egg Action Attack has a Boba Fett and Jango Fett on display. Boba is expected to be released in December. The prices are TBD but may be around $90 each. Thanks to our friend t.fett40 on Instagram, we have some cool pictures of this that we put into a short video on Facebook and Twitter.

On Friday, July 22nd, thanks to Star Wars Action News, we heard about several Fett mentions in a slideshow of new collectibles from Gentle Giant, Sideshow Collectibles, and Hasbro.

Our friend “BlueJaigEyes” (aka The Wookiee Gunner) is doing a lot on Periscope! We joined one of her streams on “Preview Night” and she offered to show us some Boba Fett merch that she found, like the Hallmark booth. See some screenshots on Facebook or Twitter. She may be doing more broadcasts throughout the convention. 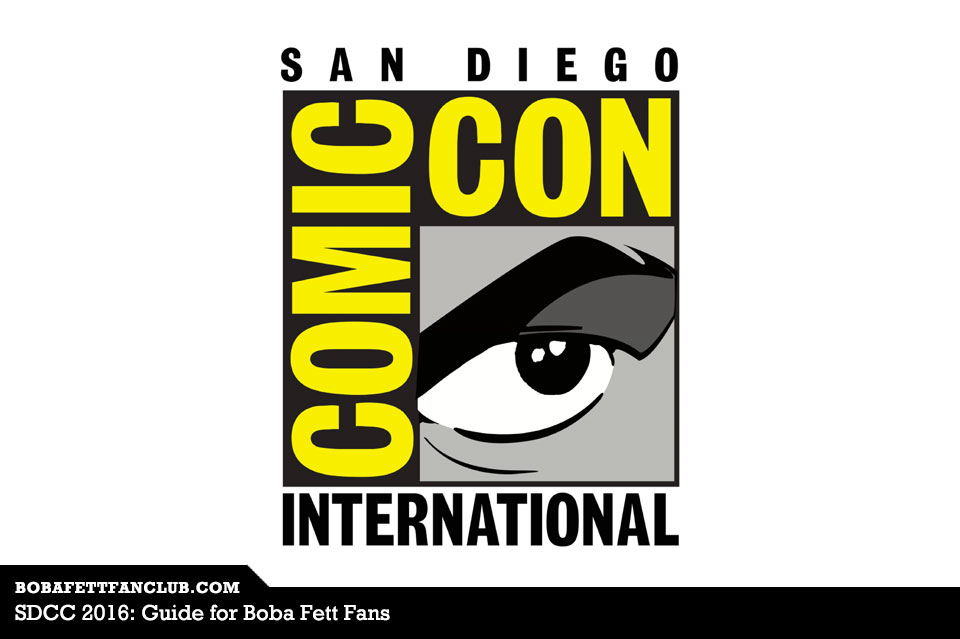