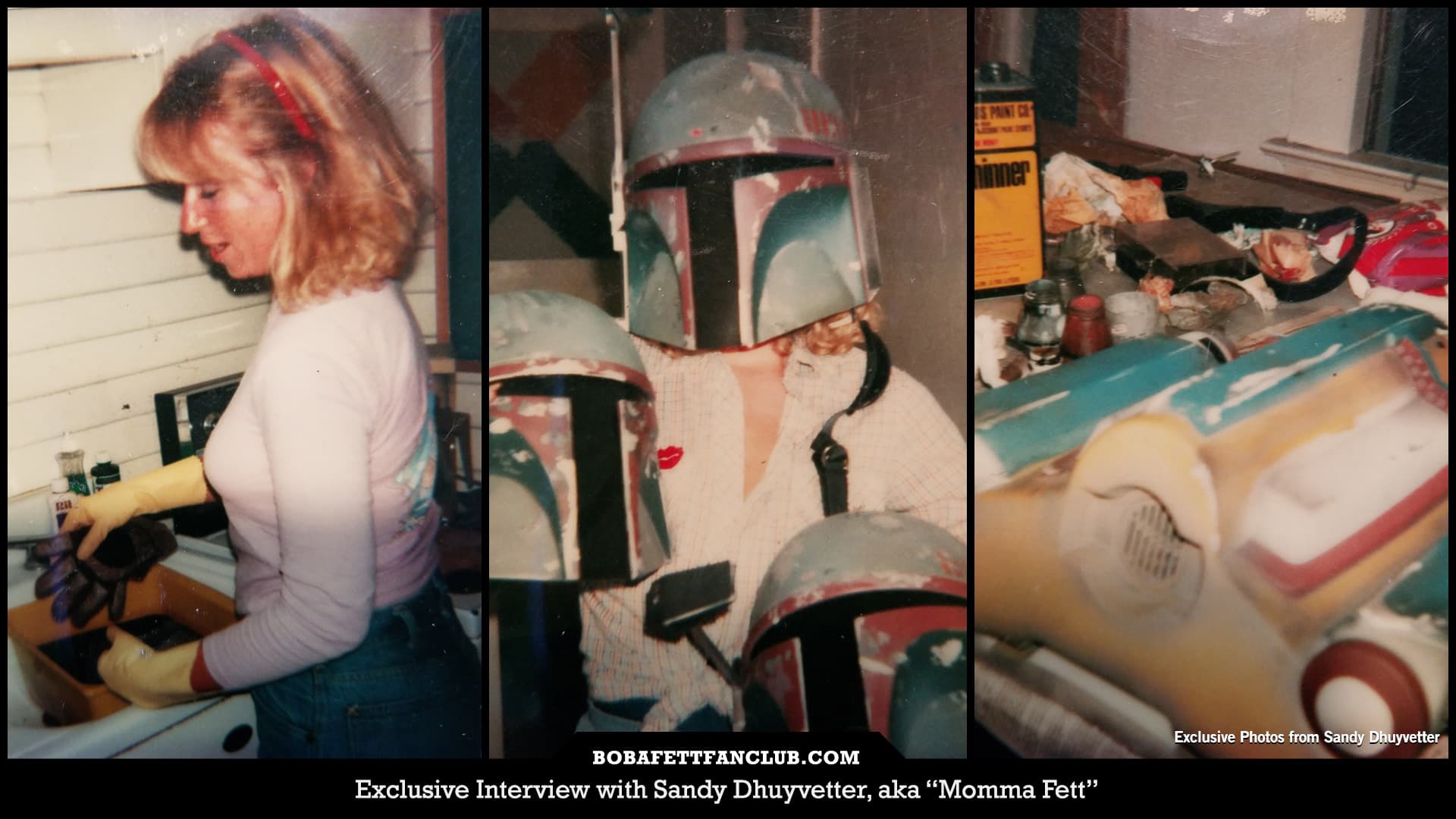 Sandy Dhuyvetter was the artist who painted three of the Boba Fett costumes for The Empire Strikes Back and the helmet used in Return of the Jedi. She worked from the originals done by Joe Johnston, the designer of Boba Fett.

How did you initially get involved with Star Wars?

I have a degree in art specializing in illustration. I then received a teaching degree and taught art for 4 years in Pico Rivera, California at Rivera Junior High. I was motivated to become a working artist and knew to do that I had to leave teaching. In 1977 I moved to San Francisco and opened Daydream Productions where I started producing art for concerts products and companies who wanted original illustrations, logos and designs.

I had a friend who knew of an editor at Lucasfilm and I was able to take some of my portfolio to the Ranch where I was asked to create illustrations and the like for More American Graffiti. I worked on logos for the race cars for the racing scenes and I produced other posters and duplicates of art that was popular in the 70s. The ‘Rat Fink’ and ‘Keep on Truckin’ were some of the work I produced along with the famous Pot Leaf I recreated for the movie.

I was then asked to create a logo for t-shirts that artists (who worked at the ranch and played volleyball during lunch) could wear. I produced the t-shirts with the art on the front saying, “Sprockets, May the Force be with You.” This was 1977 and 1978. At that point I was asked to complete 3 Boba Fett costumes, head to almost toe. (I did not produce the shoes.) 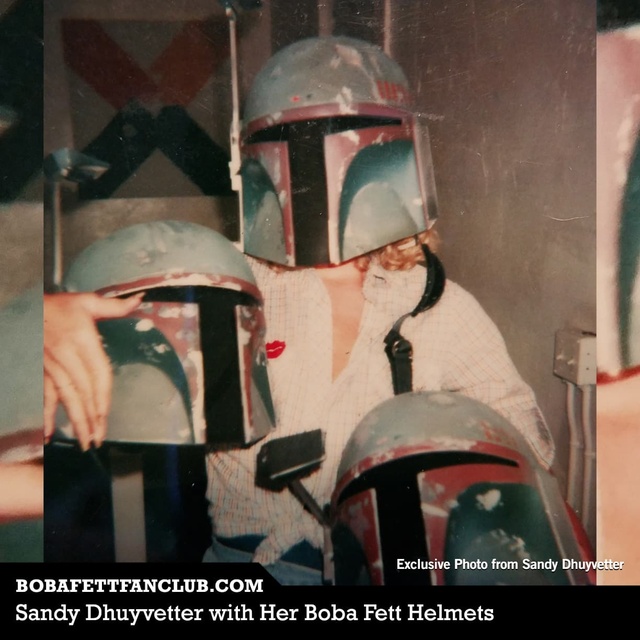 Hmm, somethings are harder to remember, but there was a rough costume to look at and use for ideas while recreating it. The armor was sent to me from England and resembled the 501st in that it was white and shiny. I don’t think anyone at Lucasfilm thought Boba Fett would raise up and be the star he became, so I was left alone more or less without much direction. 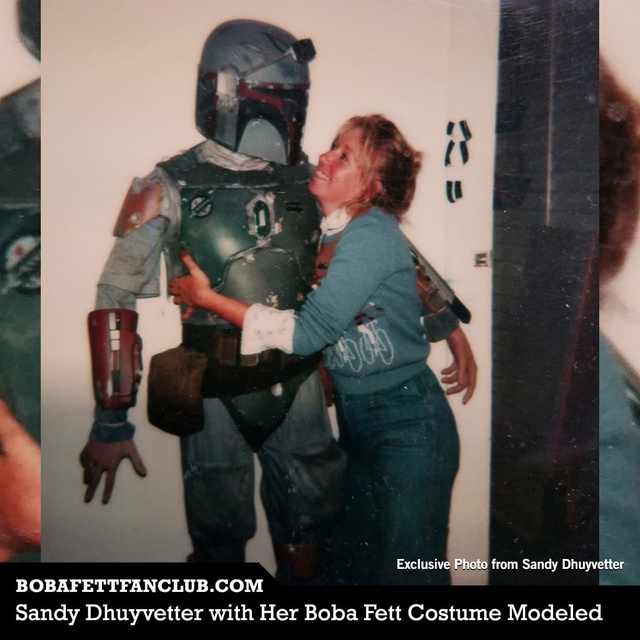 Could you explain some of your inspiration or thought process into the design of Boba Fett’s costume and paint scheme as a whole? Feel free to include any memories of the more nuanced details, e.g. the initial prototype had “eyes” on the helmet, the different shoulder skull design, etc.

I should mention that this was 40 years ago and I worked on other films and TV movies, some included NBC movie of the week programming and Lorimar Productions and Bay Area film makers needing independent Artists. Each job was important but, of course, I had no idea of the outcome or what the future held for the projects I worked on.

I have designed products and “looks” for many including Russian Cola Company, Soft Scrub, and even one of the first computers, The Osborne. I did not keep the records of what exactly happened on each project. I did know though, that each project had potential to be something important but I had not expectations.

While making Boba Fett, I went to and spent much time in the Army and Navy Surplus stores in Santa Cruz picking up patches, belts, tarps and little accessories to make Boba Fett look the real deal. I went to horse shops and bought horse hair from tails and braided it to look like part of the armor. I also remember dying gloves, belts and the suits to make everything look well used and worn. 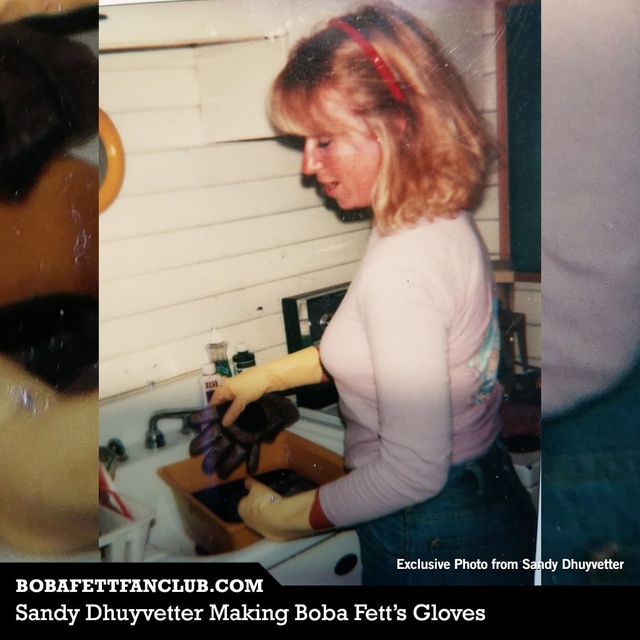 When you were working on the costume in 1978, did you know who the character was and what his role was in the film? Did you have any idea how big of a fan favorite the character would become years later?

I knew he looked good but with no speaking role, it didn’t seem to dawn on me that he would be memorable. I thought I was his biggest fan until I met a 45 year old man who cried when he met me. I guess that is when I knew it Boba Fett was special. The fans have always let me know that it was the way he appeared on the screen. I guess I would like to believe that too!

One interesting short story is that I was a young and “starving” artist and could only afford a Polaroid camera. I took 6 Polaroids of my work at the time and that is it. I still have the original photos and will probably part with them someday. We’ll see. 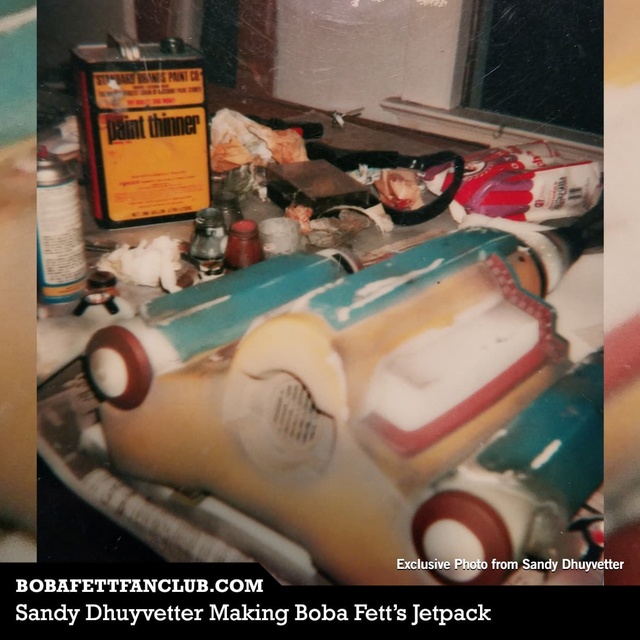 How is your relationship with the fans of Star Wars and Boba Fett? Have you done a lot of events/conventions?

I have some wonderful loyal fans that I have traveled with to visit film locations and I have done much to raise awareness for Human Trafficking as I have been a trainer of airport crews on the subject for over 8 years. I have just retired that aspect of my life. Having the Bounty Hunter as an image is always an attention getter and a good way to start the discussion.

I have not attended any comic cons or events for Boba Fett not because I did not want to, but I have been one busy person who has spent my entire career creating. Now I am choosing what I want to do and it might be fun at some point to get more involved.

I did paint another helmet molded from the original about 6 years for Make a Wish. It was auctioned off along with a few others and made over $135,000 for the organization. 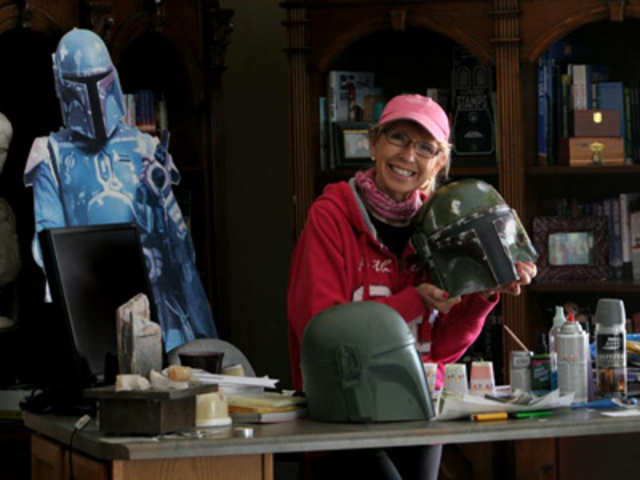 Sandy Dhuyvetter with Her "As You Wish" Helmet

What advice would you give to artists who wanted to pursue a career in the film industry like you did?

It is an interesting subject. We are all created differently in terms of our approach to life. I think for me it was important to believe in myself and not listen to anyone who told me different. I was raised to believe I could do anything. I started believing in myself when my parents told me I could be what I wanted. However the game changed when I had some success and misses in business. What I chose to remember were the successes, forget about the misses and use them to gather strength. I figured if I successful just once I could do it over and over. I have been very blessed. 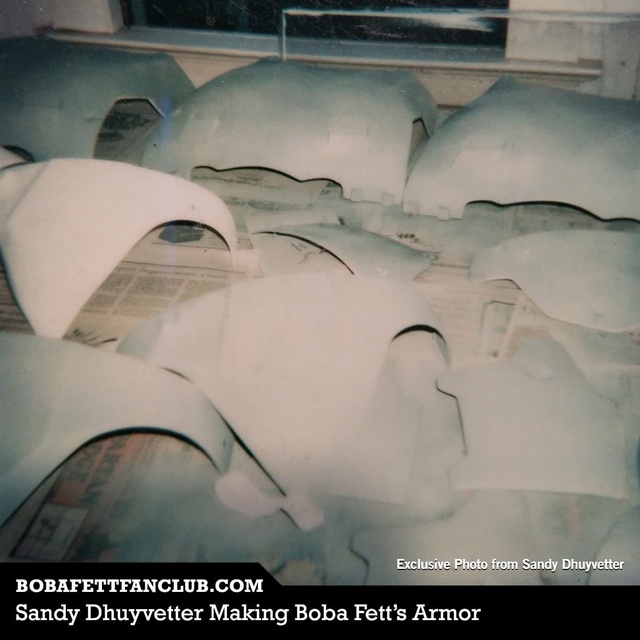 What are you up to now?

I am still all about art and music and creating cultural bridges with both aspects. The most important aspect to my work is my music and my duet with George Powell called Dolce playing worldly mix of music with the mandolin and accordion. Dolce plays approximately 2 gigs each week and is getting ready for a West Coast Tour in 2020. I plan to travel with other professional musicians to do exchanges and cultural infusions of sounds from around the world.

I will be traveling again to Jordan with fans and other Star Wars designers to sign autographs, visit film locations and attend the upcoming premiere in December 2019. This will be my second Star Wars tour in Jordan where many movies are filmed. In 2017 Lorne Peterson also joined me in Jordan. We attended orphanages, toy stores, the premiere and other events with dignitaries to sign autographs.

I am the Director of Leelanau UnCaged, a one day music festival, held this year on Sept 28, 2019. UnCaged (inspired by John Cage). The event highlights over 35 bands and performers and 100+ vendors, we have over 8,000 visitors to the small village of Northport each year for the event. I am also a new Board of Directors’ member for the Northport Arts Association.

Finally, do you think we’ve seen the last of Boba Fett, or do you want to see more of the bounty hunter on the big screen like the rest of us?

I want him 100% back on the screen and of course his own movie would be a dream. 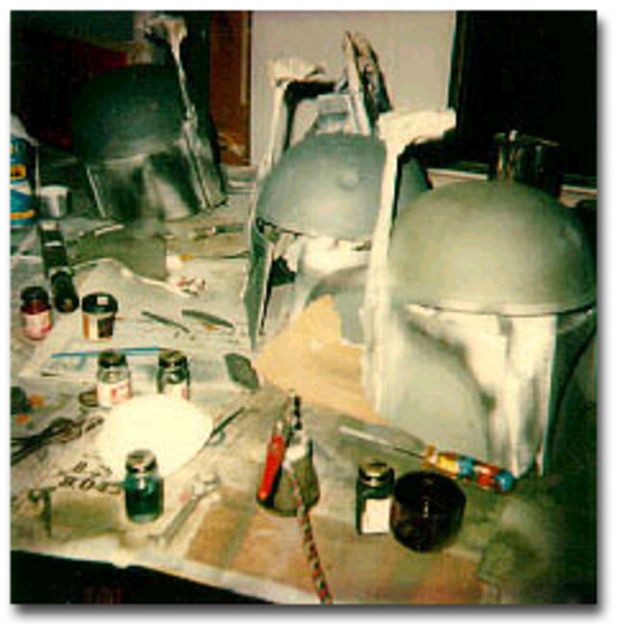 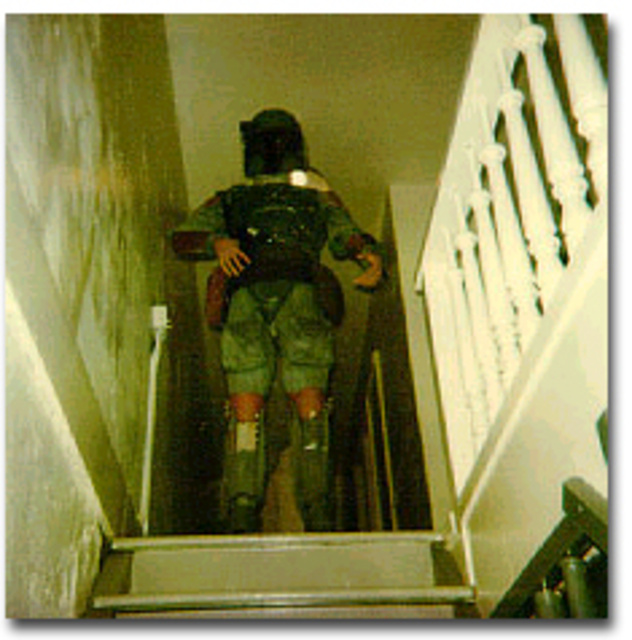