Who Should Play Boba Fett in Episode 7?

Boba Fett is NOT dead.

After Disney announced its acquisition of Lucasfilm, speculation and rumors flew across the Internet. What continues to get under my skin is the notion from journalist and bloggers that Boba Fett died in the stomach of the Sarlacc.

Those who are familiar with the Expanded Universe, and recent interviews with George Lucas, know Boba Fett is far from dead.

The question remains though: who should be cast as Boba Fett in upcoming Star Wars sequels? I’ve come up with three likely suspects. 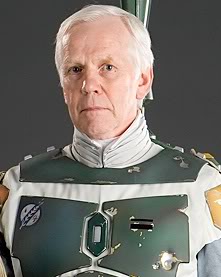 Jeremy Bulloch – The Original Man Behind the Mask

Jeremy Bulloch brought a subtle nuance to his portrayal of Boba Fett, which endeared the bounty hunter to audiences worldwide. The way he cradled his blaster while standing on the command deck of the Death Star; the slightest nod awarded to a disguised Leia in Jabba’s Palace; or his commanding presence in Cloud City are examples of how Bulloch used body language to define his character.

The fact that Bulloch is approach age 65 doesn’t necessarily mean he cannot suit up for the sequel trilogy. In a recent interview, Bulloch expressed his willingness to pick up his role as Boba Fett for Episode VII. He said he remains spry, and because Boba Fett wears a helmet, the more action oriented scenes could easily be performed by a stunt man – as they were in the original trilogy.

Boba Fett is a walking arsenal. It’s easy for an actor to appear stiff underneath all that armor and heavy clothes, but Bulloch has the chops to emote from underneath all those layers. There’s one problem though – Boba Fett is a clone of his father, Jango Fett – who we’ve seen unmasked in Attack of the Clones. Therefore, the film would be handicapped by having to explain how Boba Fett grew to look nothing like the template he was created from in Episode II.

We were introduced to Daniel Logan when he played the child Boba Fett in Attack of the Clones. It was good casting, because he carried a familial resemblance to his one screen father, Temuera Morrison. When Lucasfilm launched The Clone Wars, they brought Logan on to continue his role as young Boba Fett when appeared during the last story arch of the second season.

Over the last decade, Logan has grown a strong fan base of younger Star Wars fans and owns the role in that right. He is the Jeremy Bulloch of what I like to call, “the clone generation.” Logan’s involvement with Episode VII would keep continuity with George Lucas’ revised vision of the Star Wars Universe.

The problem arises in this casting choice because Logan is twentysomething, making him too young to appear in a film that assuming takes place years after Return of the Jedi. The filmmakers could parry this by saying his DNA was altered to slow aging, in contrast to Clone Troopers, whose aging was sped up. However, that seems too convenient. 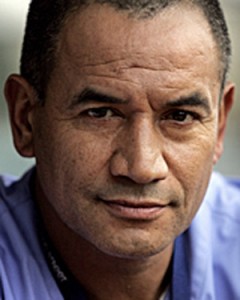 Temuera Morrison at the Shortland Street studios in Henderson, Auckland. The actor is starring in the TV show. 30 April 2008 Herald on Sunday Photograph by Doug Sherring.

Temuera Morrison – From Jango to Boba?

Ironically, the actor I feel is best to play Boba Fett in upcoming movies is none other than Temuera Morrison. This New Zealand-born actor first wore the Mandalorian armor in Attack of the Clones and for the first time on screen, we got to see the full capabilities of its weapons inventory.

Morrison gave a great performance in Attack of the Clones and was the highlight of the prequel trilogy for me – yeah, I’m biased. He made the character of Jango Fett his own and his performance earned continuing storylines from Mandalorian space in comics, books and
television.

I believe Morrison would be a great casting choice because of several reasons. Being an unaltered clone of his father, you can only conclude Boba Fett would grow to look exactly like Jango Fett. Also, his age would seem more appropriate for the era the sequel trilogy will most likely take place in. The actor could actually remove his helmet in the film without a retcon being applied.

(Originally published on The Boba Bounty.)