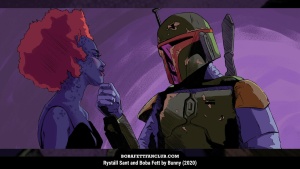 See more from the artist: https://www.tumblr.com/bunnyart-blog 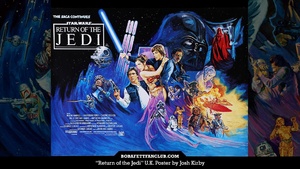 39 years ago, on this day in 1983, #StarWars: Episode VI - #ReturnOfTheJedi premiered in the United States

For the release in the United Kingdom, Josh Kirby painted this quad poster, which included #BobaFett

Today is also the 45th anniversary of Episode IV 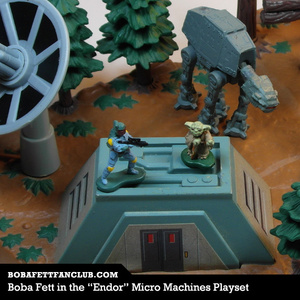 #ThrowbackThursday: Remember when #BobaFett appeared on Endor? He ended up somehow in this #StarWars "Return of the Jedi" Micro Machines set in 1994. We can't complain.

See them all at http://bobafett.com/bounty/toys/micromachine/, including where to track 'em down. 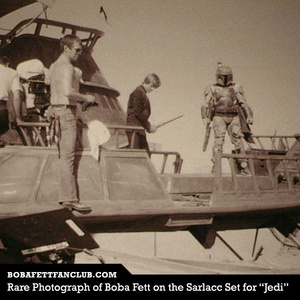 #ThrowbackThursday: This rare photograph of #BobaFett on the Sarlacc set for #ReturnOfTheJedi, dated January 1982, was shown in a #StarWars exhibit at the 2007 San Diego Comic Con.

We took this photo of the exhibit photo, which for some reason was shown inverted. We've yet to see it published anywhere else. 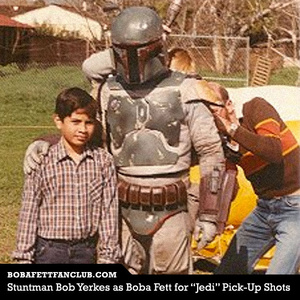 #ThrowbackThursday: Bob Yerkes was one of 3 stuntmen to play #BobaFett in #StarWars #ReturnOfTheJedi. The word on the street is that Yerkes was just needed for a close-up of the Skiff shots (in Yerkes own backyard no less), whereas the other two stuntmen worked in Yuma, Arizona for the larger shots with the #Sarlacc Pit.

For more about the 13 actors involved with Boba Fett, go behind the mask at http://www.bobafettfanclub.com/fettpedia/Behind_the_Mask 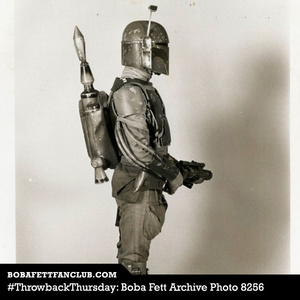 #ThrowbackThursday: #BobaFett Archive Photo Num. 8256 was recently included in a #ReturnOfTheJedi wardrobe and continuity binder, which went up for auction in 2012 for over $1,000.

For more behind the scenes #StarWars photos, visit http://www.bobafettfanclub.com/multimedia/galleries/thumbnails.php?album=27 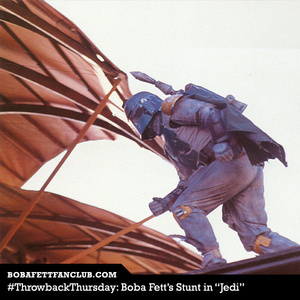 For more pictures from #Jedi, check out http://www.bobafettfanclub.com/multimedia/galleries/thumbnails.php?album=24 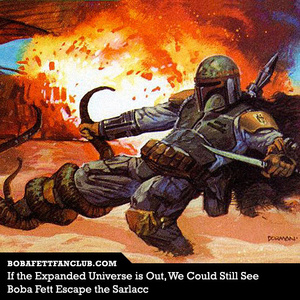 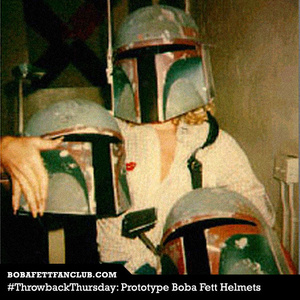 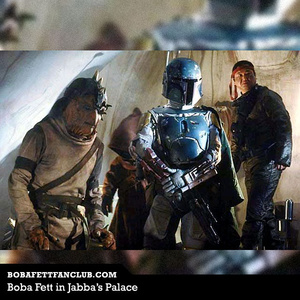 "#BobaFett looks on as the criminal underworld gathers in Jabba's palace," notes the caption on the LucasArts "#StarWars: Behind the Magic" CD-ROM from 1998, which features nearly 100 references to Boba Fett and many hard-to-find behind-the-scenes photos. Here's an alternate view from his scene in #ReturnOfTheJedi.

For more play-by-play on Boba Fett in the 1983 film, visit http://www.bobafettfanclub.com/fettpedia/Return_of_the_Jedi 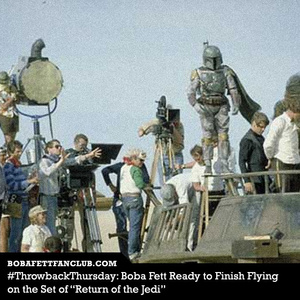 #ThrowbackThursday: #BobaFett is ready to finish flying on the set of "#ReturnOfTheJedi." This behind-the-scenes production photo was taken by Ralph Nelson Jr. and was provided online in this resolution by the official Star Wars website.

For more behind-the-scenes photos of Boba Fett, check out
http://www.bobafettfanclub.com/multimedia/galleries/thumbnails.php?album=27