On this day in our history of our "Daily Fett" posts 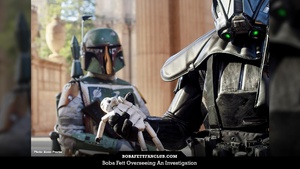 Photo by Aaron Proctor for Boba Fett Fan Club, featuring 14killstripes as Boba Fett and heavymetal_mando as the Death Trooper with the "Rogue One" Stormtrooper doll 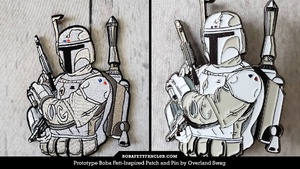 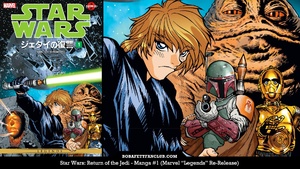 Originally published in 1999 by Dark Horse Comics, "#StarWars: Return of the Jedi - Manga" was more recently re-printed by Marvel with the "Legends" label.

Illustrated by Shin-Ichi Hiromoto, #BobaFett is drawn almost always with his helmet antenna on the wrong side -- except here on the cover by Adam Warren. 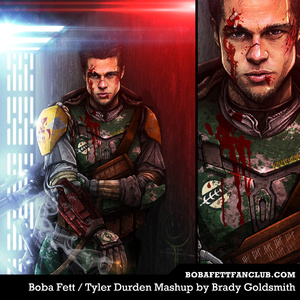 "This is your life, and it's ending one minute at a time."

Brady Goldsmith included that classic line from #FightClub to title this mashup of #BobaFett with Tyler Durden from the film which stars Brad Pitt.

See more from the artist, including this one up-close, at http://www.bradygoldsmith.com/ 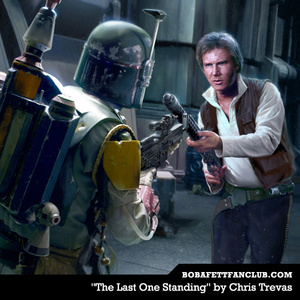 In case you missed it, yesterday marked the official confirmation -- by Lucasfilm, not just some blog -- that the second #StarWars anthology film will be all about #HanSolo. But does this mean the still-rumored #BobaFett anthology film is now the third of the bunch? Or will Fett perhaps make a cameo in this one?

Follow our Fett Fact Check as news continues to roll out: http://bobafett.com/news/fett-fact-check/spin-off-film/ (Artwork: "The Last One Standing" by Chris Trevas.) #StarWarsAnthology #BobaFettFanClub 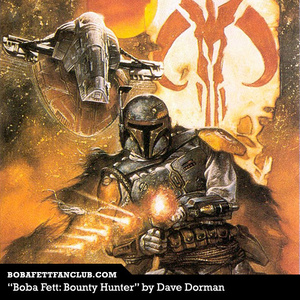 The incredible work of Dave Dorman, here showcasing one of his first dedicated lithographs featuring #BobaFett. It's very hard to find a copy of this #StarWars print, which was released in 1995.