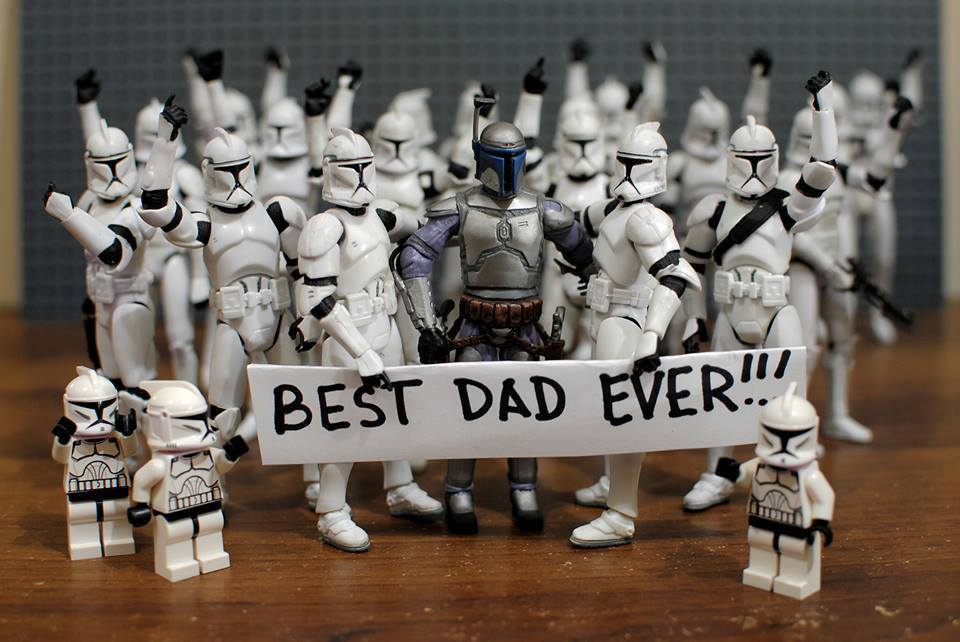 Here at the Boba Fett Fan Club, we get a lot of requests from fans this time of year for Father’s Day artwork featuring Boba Fett and his father Jango Fett. Here are some highlights with annotations for where they come from: 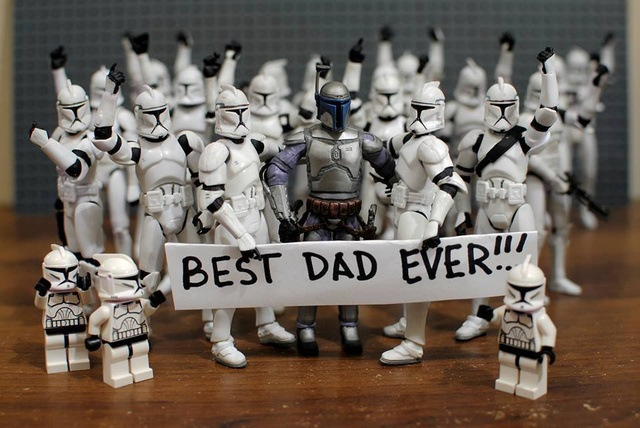 “Best Dad Ever,” reads a banner for Jango Fett, help up by a whole lot of Clone Troopers. This photo went viral. The photographer is Jon San Pedro. 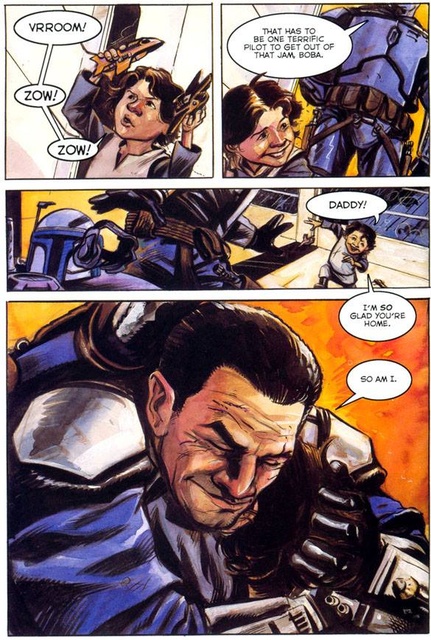 “Jango Fett’s Fathers Day” by Andrew Fraser (2013) was shared by the artist on his website.

“Jango Fett and Boba Fett Go Fishing” by Dan Picard was featured in a Wired.com article in 2015. 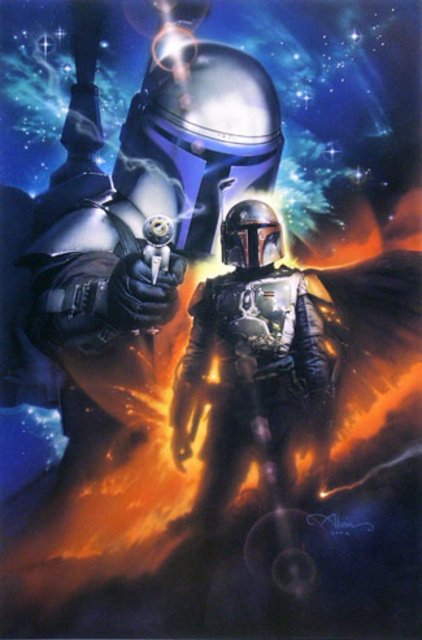 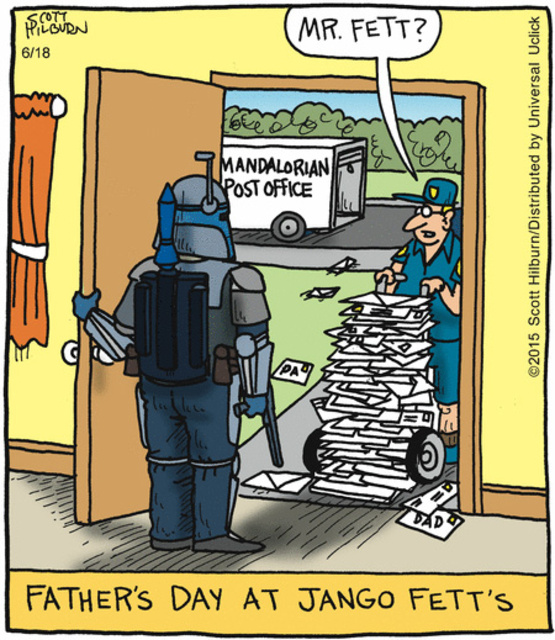 “Father’s Day at Jango Fett’s” by Scott Hilburn (2015) was part of the “Argyle Sweater” comic strip. It features the “Mandalorian Post Office” delivering mail to Jango Fett from his clone “children.” The original rendering of Jango is unique in that he’s wearing Boba Fett’s armor. This updated version of this strip swaps it back to his blue/silver colors.

“Thanks for being a great teacher, Dad.” The official Star Wars website used to have e-cards and this was one of them. 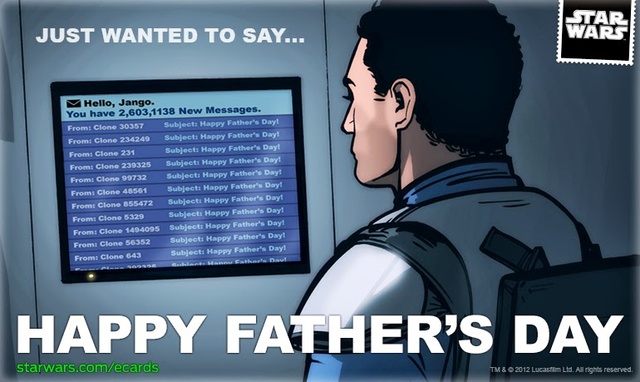 StarWars.com did another e-card back in the day making more fun of the fact Jango is a sort of father to a whole lot of clones. 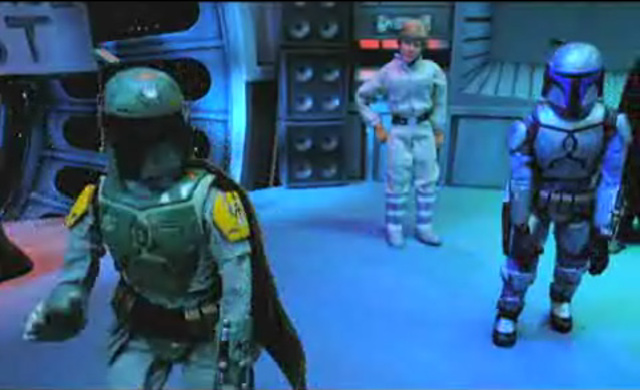 In Robot Chicken’s second Star Wars special, there’s a “Father Son Dance Off,” in which Boba and Jango go up against Luke and Darth. Epic.

Boba Fett’s Video Blog by TresobYr (circa 2008-2009) has an episode called “Father’s Day Tribute.” Fun fact: after featuring the web series on BFFC, years later we ended up working with the writer to do our own web series!

Any other favorites? Let us know in the comments.