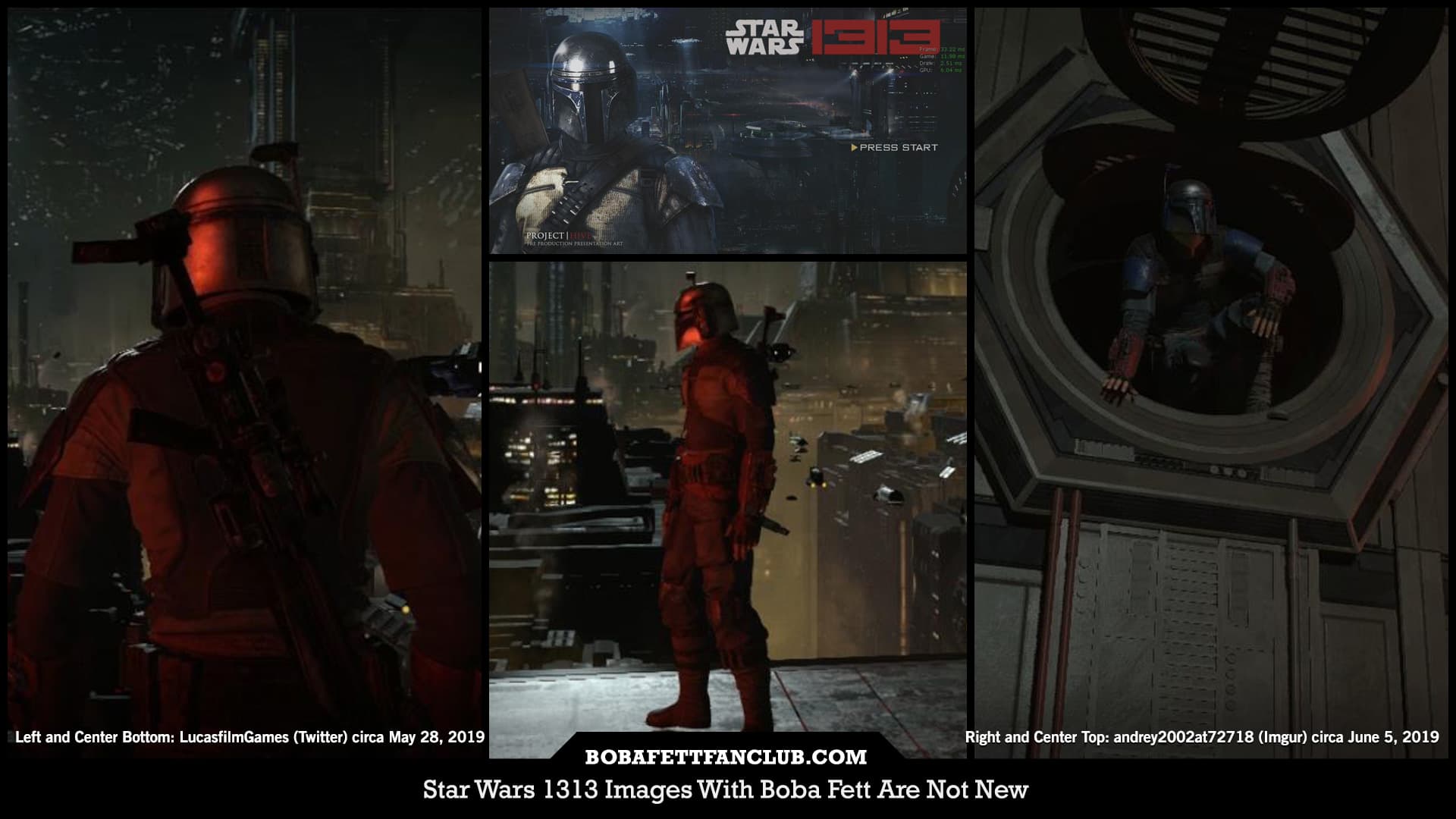 Star Wars 1313 Images With Boba Fett Are Not New

You may have recently heard about “new” and “leaked” pictures of the canceled video game “Star Wars 1313” have been making the rounds of social media, showing Boba Fett gameplay screenshots. 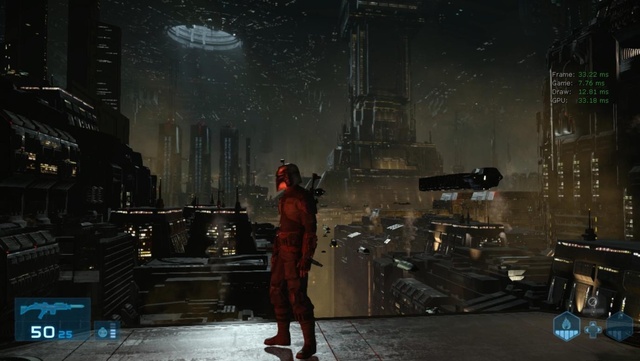 But these images are not new. They’ve been online since at least 2019 and only recently were trending on Reddit via a repost. 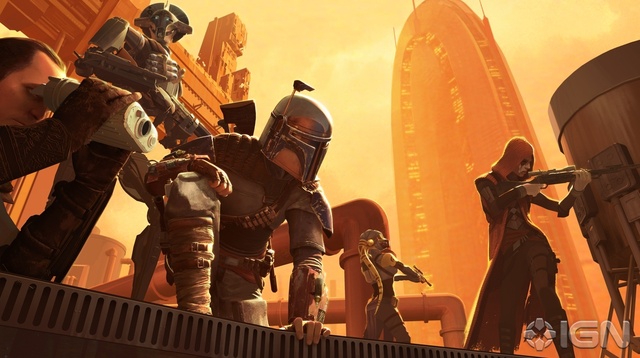 Back in 2013, it was revealed that Boba Fett would have been the protagonist of “Star Wars 1313,” sporting a unique look: Jango Fett’s helmet and a ragtag outfit. (See our article about this in 2013. IGN also had the exclusive.) Multiple images of concept art were also shared, depicting Boba Fett with the aforementioned outfit as well as the weapons he would have had. There are also other bounty hunter characters. 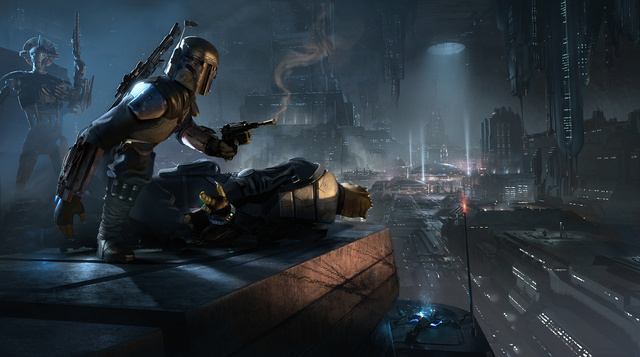 Anyone who follows Boba Fett information competently would have either already known about this or easily researched and found that this pic has been around for some time. There is an unfortunate trend in today’s social media where websites will jump on a bandwagon, perhaps because they are desperate for traffic. They will do so without the competence and integrity of conducting research, like the fact that these images are not new and that Boba Fett was long confirmed. 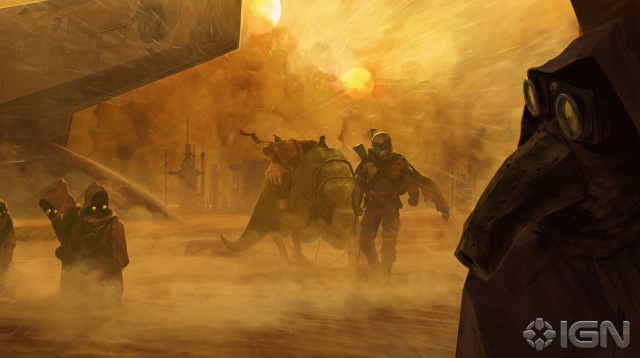 “Star Wars 1313” was canceled when Disney acquired Star Wars, along with a handful of other projects. Its development had already been delayed multiple times as well. It would originally have starred a new bounty hunter — the young man shown in the initial release trailer. 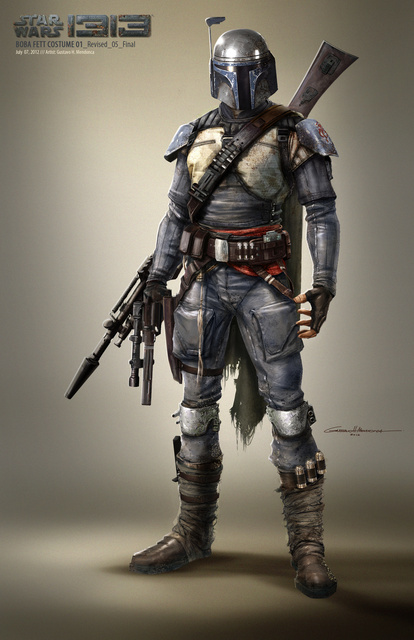 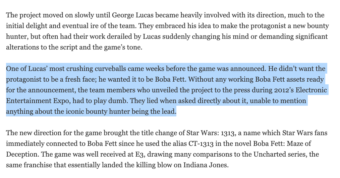 However, this was later changed to have Boba Fett as the protagonist, causing certain aspects of the game to be changed. This was a suggestion by none other than George Lucas himself. (See our article from 2014 confirming this, via an exposé on Game Informer.) It was made only weeks before the official reveal of 1313. Developers were forced to lie to keep it a secret, since an in-game asset of Boba Fett had not yet been made before E3 of 2012. 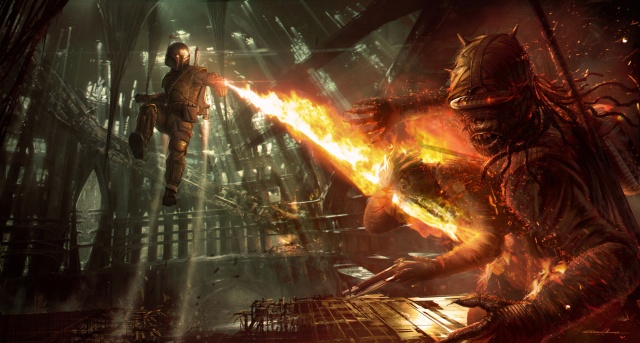 All of this first came to light in spring of 2013. A series of concept art images by artist Gustavo H. Mendonça, showing Boba Fett with his various gadgets and some pieces of Mandalorian armor. Details soon emerged such as the aforementioned decision by Lucas. 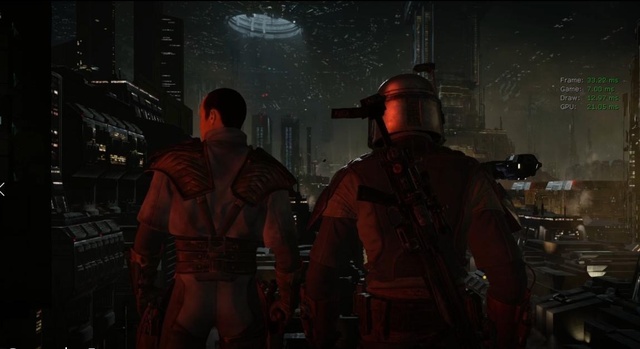 After this floodgate of information surfaced about 1313 and Boba Fett, no new information surfaced for years. However, on May 28, 2019, a tweet from the unofficial LucasfilmGames account on Twitter included a couple of new pics. They are the image I mentioned above that has resurfaced, as well as another similar image showing Boba Fett standing next to presumably another bounty hunter. The bandoleers on his outfit are quite similar to gear worn by a character from the concept art labeled as “Kellic,” who is rumored to have been conceived as a mentor figure to Boba Fett. His blaster in Mendonca’s art is labeled as “Mentor Blaster.” Further details about the downfall of 1313 were discussed in the thread to this tweet. 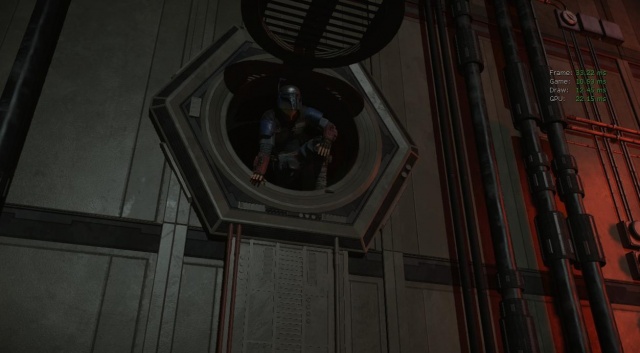 More images can be reverse image searched back to June 2019, in this post on Imagur.

Assuming the legitimacy of all the 1313 Boba Fett images online thus far, this isn’t new news in 2020. As stated above, all of the pics showing Boba Fett in 1313 have been leaked for some time, most of them initially in 2013 and another set in 2019. No new information about the game has surfaced. Much information about both what the game would be about, as well as the circumstances of its unfortunate cancellation, can be found online, such as the book “Blood, Sweat, and Pixels.” No new information has surfaced recently, and considering how long the game has been dead, will likely not appear.

If by any chance any new and previously unconfirmed information does arise, I’ll make sure to note it. But until then, let’s hope more outlets don’t jump on the next bandwagon without verifying or doing some simple researching first. 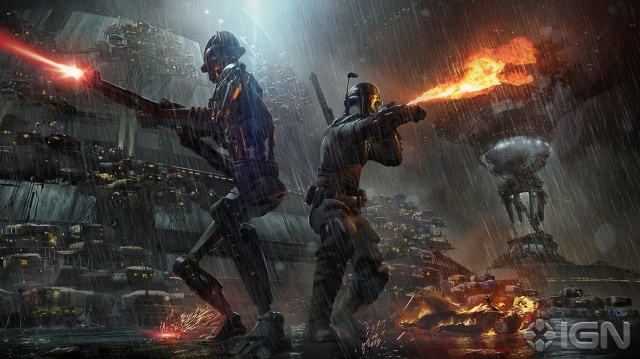