Slave I vs. Millennium Falcon in the New “Star Wars Battlefront” Game

The latest teaser trailer for Star Wars Battlefront was released today, highlighting a new mode called “Fighter Squadron.” After seeing all kinds of playable ships, the trailer ends with the Millennium Falcon being chased by Slave I!

Look closely and you’ll notice a problem: the ship’s wings are in their landing position, not their flying position. Were the trailer animators rushing the work or misinformed? Or is this a bug already in actual gameplay, which they hopefully will fix?

Back in April during the Star Wars Celebration Anaheim, we saw it confirmed that Boba Fett was a playable character. This news about his ship, Slave I, is welcome news.

The game is slated for release this December. There’s a Digital Deluxe Edition and a Standard Edition, but Boba Fett is available in both for PS4, Xbox One, and PC.

One perk of pre-ordering is an “early bird” marketing push, which touts the Battle of Jakku. A planet that will be introduced in Episode VII: The Force Awakens, Jakku is the planet seen with Boba Fett in the previous trailer. Here’s the verbiage on the EA microsite:

“Players who pre-order Star Wars Battlefront can fight the battle one week early on December 1, 2015. All other players will get access to this free content on December 8th, 2015.” 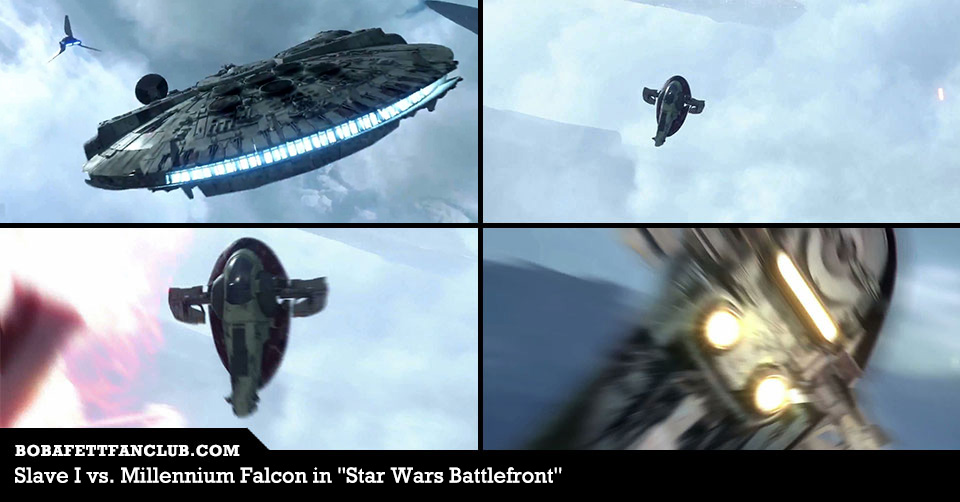