You're seeing it here first: Funko's upcoming Boba Fett (Prototype), a Walgreens exclusive, which will be in stores this September! 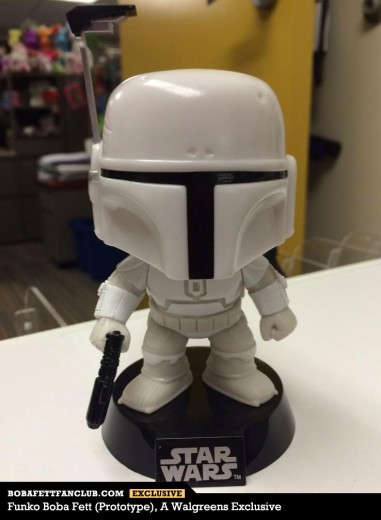 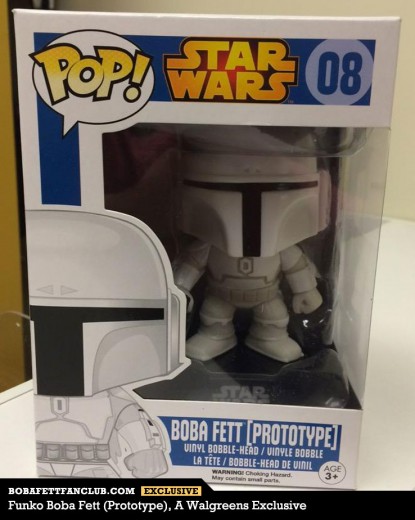 This comes to us from the inside and, since they're huge Fett fans, the Boba Fett Fan Club got the scoop!

The figure is part of a four figure exclusive Star Wars classic wave. We're told that Walgreens will be ordering a ton and the plan is to keep it on shelves for at least a year.

Funko has made many bobble-head figures and objects. This surely won't be the last.

This also isn't the first Walgreens Boba Fett exclusive. Last year, they came out with the Prototype Boba Fett within Hasbro's "The Black Series." While there were some hassles with the online pre-order, the figure was a big hit in stores and kept getting re-stocked for a long while. This time around, there won't be any online pre-orders.

This also marks our 500th photo-of-the-day in as many days in a row. Woo-hoo! 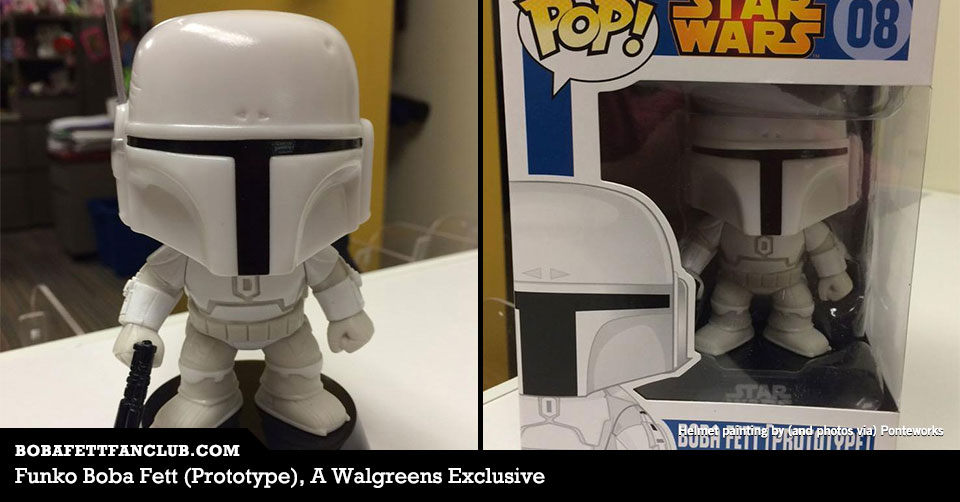