Vote #TeamBoba in "This Is Madness 2016" Match-Up: Boba Fett vs. General Hux

After Jango Fett failed to move on (in what looks an awful lot like voter fraud, by the way), it's now time for Boba Fett to have a shot in StarWars.com's "This Is Madness" popularity contest.

Stay tuned during the day on March 22nd for incremental updates.

Analysis of the Vote

Here's a tally of how the vote is going:

See our first post on this year's Fett match-up for our two cents on the technology used for the poll.

Ways You Can Still Help

Need some banners to show more support? We made some that you can use 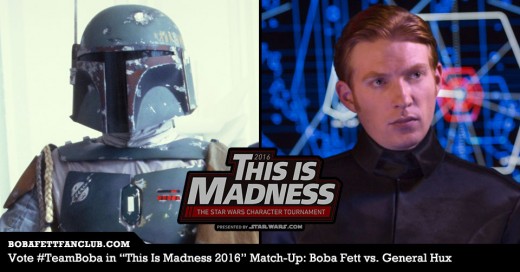 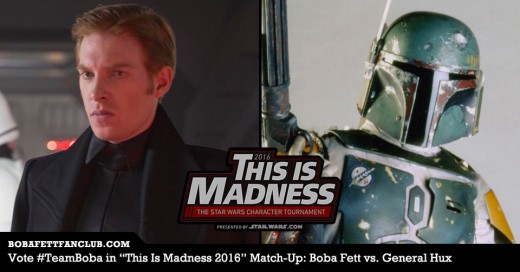 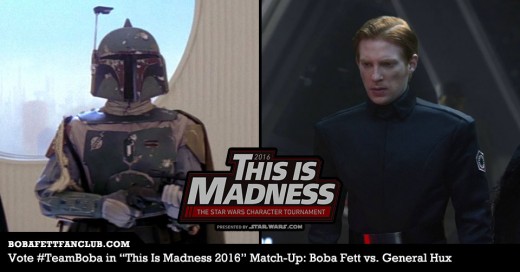 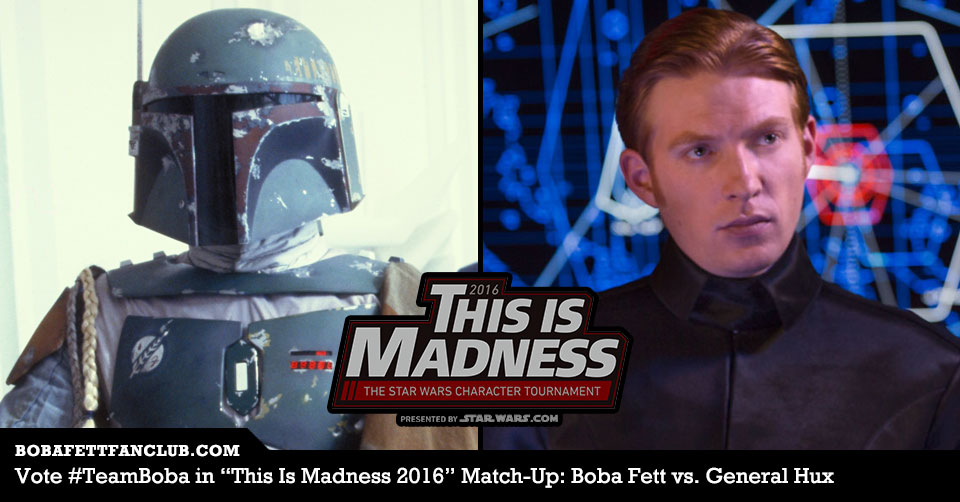