Vote #TeamBoba in "This Is Madness 2016" Match-Up: Boba Fett vs. General Grievous

After beating General Hux in the last vote, Boba Fett moved up a bracket in the StarWars.com "This Is Madness" popularity contest.

Starting Tuesday March 29th at 10am PST and lasting just 24 hours, it's now time for Boba Fett vs. General Grievous.

Stay tuned during the day on March 29th for incremental updates.

Analysis of the Vote

Here's a tally of how the vote is going:

See our first post on this year's Fett match-up for our two cents on the technology used for the poll.

Ways You Can Still Help

Need some banners to show more support? We made some that you can use. 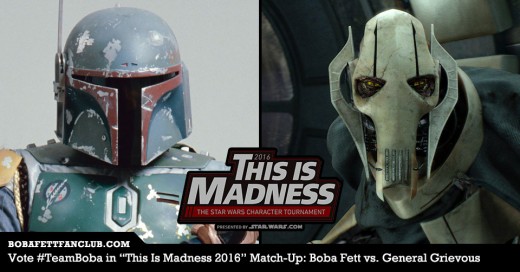 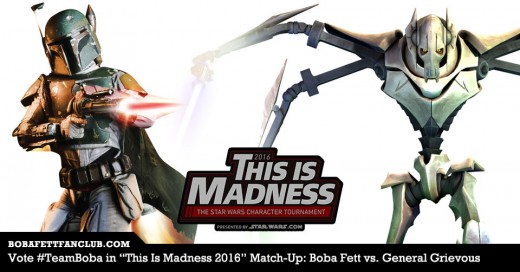 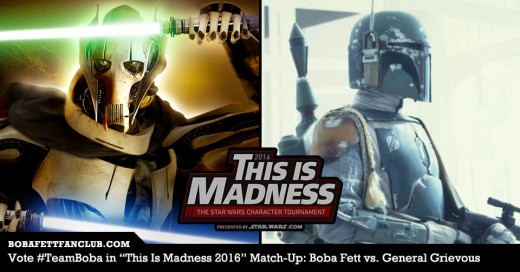 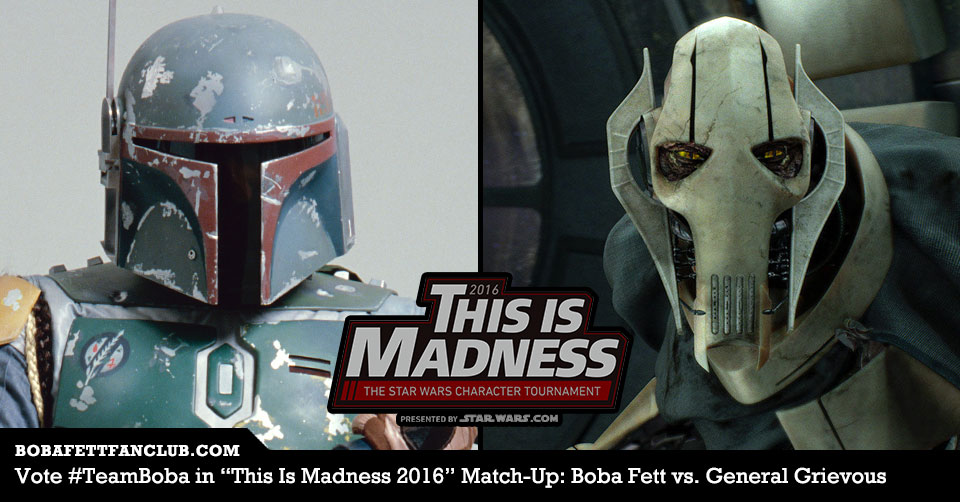