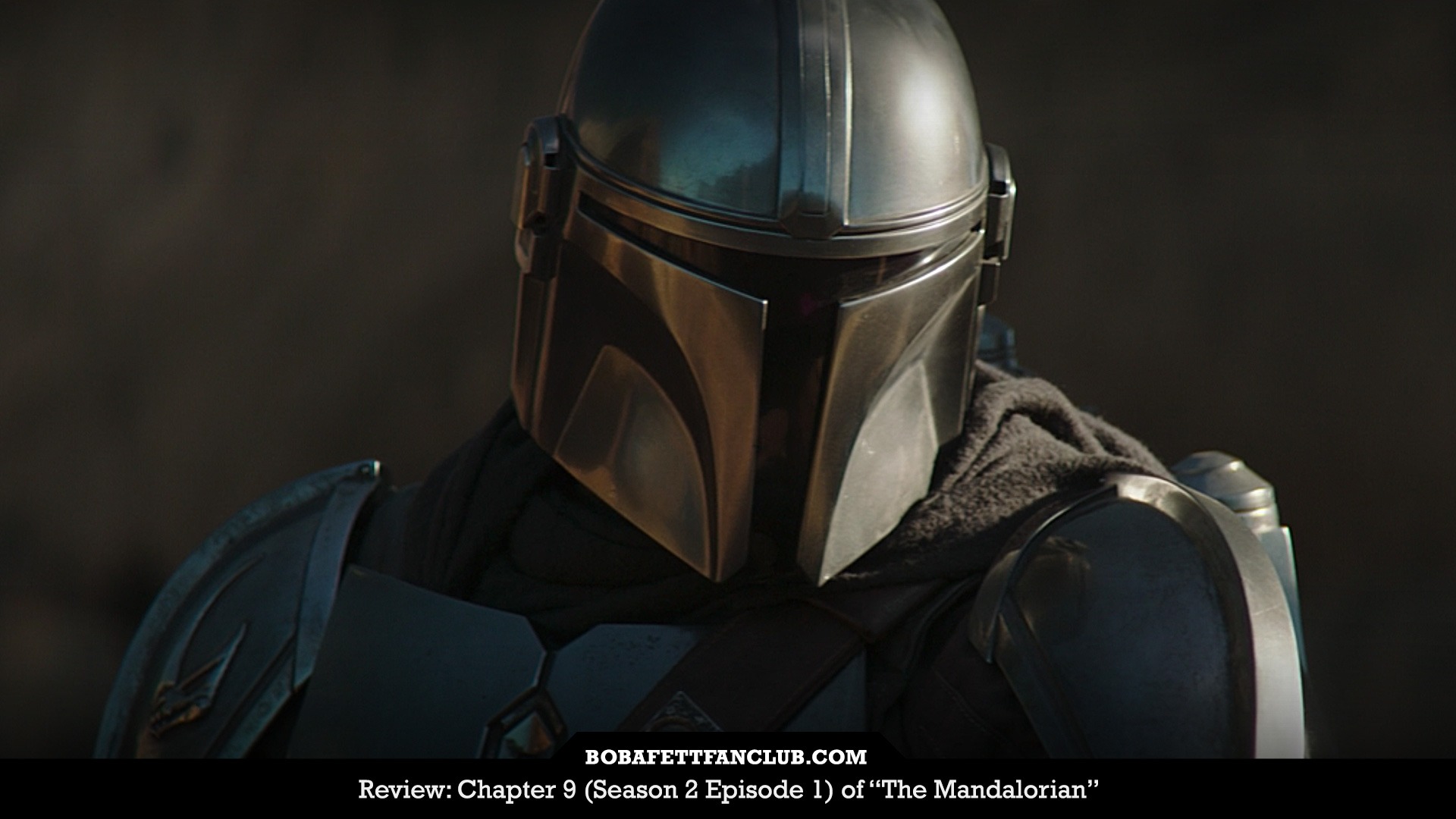 The Mandalorian is back, but this time he has his Beskar armor and jetpack to help him on his adventure. He is questing to reunite The Child with its own kind. However, he needs some help from other Mandalorians to set him on the correct path. Here is my review of the very first episode of the new season titled: The Marshall.

The episode starts off by setting the tone just like the first episode of Season 1. The Mandalorian meets with a one-eyed alien at a gladiator-like arena to find more Mandalorians. The alien double crosses him which leads to The Mandalorian entering into hand-to-hand combat. I personally love to see Star Wars characters fighting it out with their fists and blunt weapons. The Mandalorian even looks to have improved his hand-to-hand fighting skills. The one-eyed alien makes a run for it but The Mando catches up with him. He forces the Alien to reveal that there is a Mandalorian on Tatooine. After promising that he would not kill the Alien by his hand, he leaves him for the native wildlife to devour. I thought that this was a great way to re-introduce us to the show. It reminds us that The Mandalorian may have good intentions most of the time, but he is not afraid to get his hands dirty. 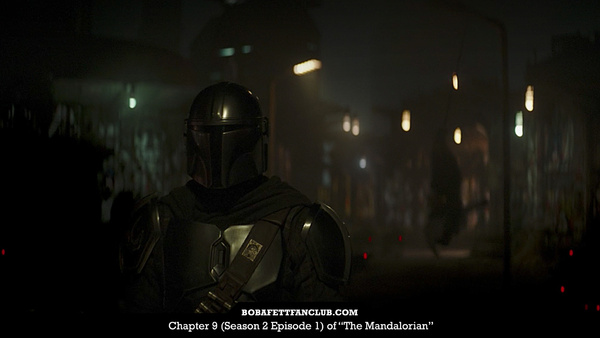 We then see the Razor Crest flying to the all too familiar planet of Tatooine. He lands at the same docking bay that he used in the Season 1 episode: The Gunslinger. He reunites with the owner of the bay, allows the pit droids to work on his ship, and borrows the same speeder he used in his last visit. He sets out for a village called Mos Pelgo where the suspected Mandalorian is staying at. On his way, we see him get directions from a group of Tusken Raiders. He used the familiar sign language that we saw last Season. I really love his interactions with the Sand People. It brings another level to the franchise that we haven’t seen before.

He finally reaches the village and meets the suspected Mandalorian after speaking to the local bar tender. This new “Mandalorian” is wearing very familiar green and red armor that is heavily scarred. His helmet even has the dent in the left corner implying that it is Boba Fett’s. However, it is revealed that his name is Cobb Vanth (from the Aftermath trilogy circa 2015 to 2017 – see book 1, book 2, and book 3) and he is not a Mandalorian at all. 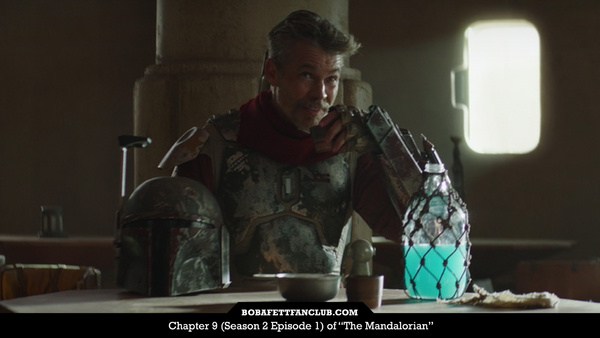 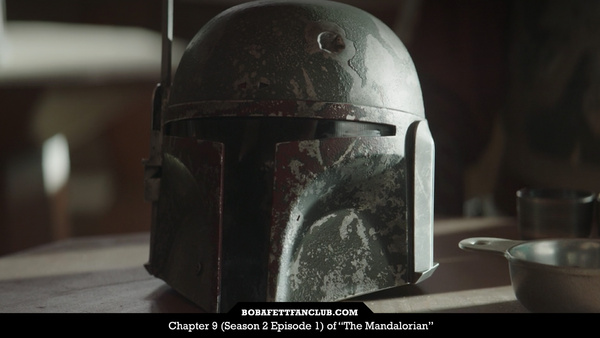 He got the armor from some Jawas and has been using it to protect the village of Mos Pelgo. The Mandalorian (Din Djarin) wants Vanth to handover his armor but before they could finish their confrontation, a Krayt Dragon came through the town and ate a Bantha. 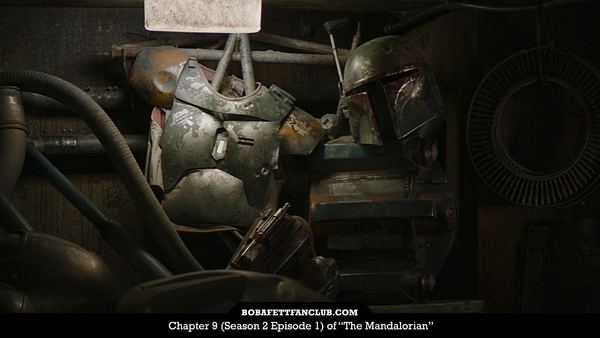 The two agree to help each other take down the Krayt Dragon in exchange for Vanth’s armor. The two armored gunfighters come across a group of Sand People who also want the Dragon dead. They all agree to help each other and set off for the Dragon’s cave. They quickly realize that they cannot do it on their own so they enlist the help of the villagers. They set explosive traps under the sand so they can blow up the Dragon’s sensitive underbelly. 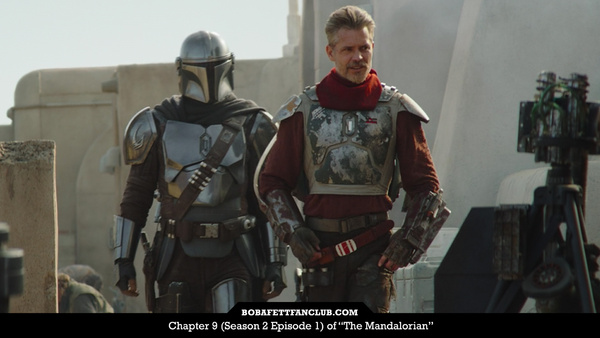 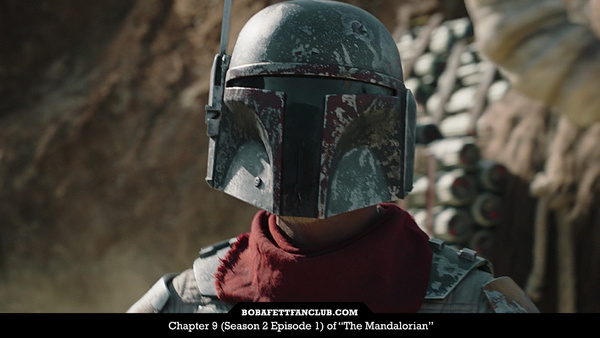 During this fight, we get to see the Dragon in its entirety. The last time I saw a Krayt dragon was in Knights of the Old Republic. Its features are very similar to its video game counterpart but this version does not have legs and is more snake-like. It is still a very formidable beast and the fight to kill it was a sight to behold. We got to see a little nod to the sensitivity of the Z-6 Jetpack (The type that the Fetts used). The Mandalorian hits Vanth’s jetpack with his rifle which sends Vanth flying into the air. Very similar to how Fett fell into the Sarlacc. They finally slay the Dragon and Vanth honors his deal by giving The Mandalorian his weathered armor. He gives a humorous remark – “tell your people I wasn’t the one who broke that” – implying that the user before him was the one that scratched it all up.

At the very end we see The Mandalorian drive off into the distance before the camera pans to a man in a cloak with various Tusken Raider tools on his back. The man turns towards the camera and reveals that it is none other than Boba Fett himself, which means he’s survived the Sarlacc and is finally alive in the current canon. 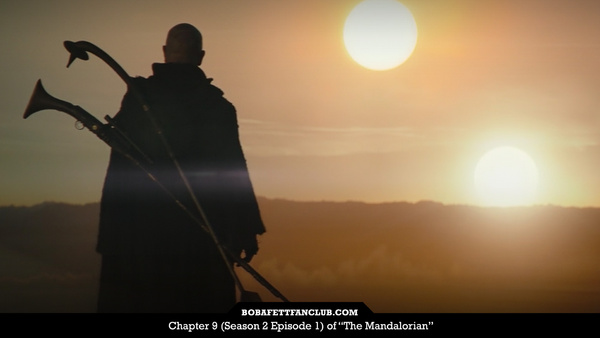 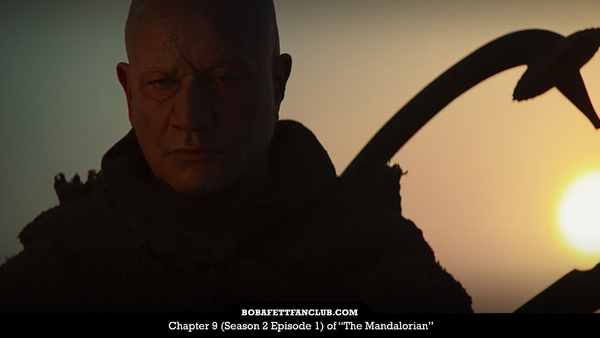 This episode was 54 minutes long which makes it the longest episode of The Mandalorian yet. I personally loved the length. It felt more substantial than the normal 30-minute episodes. When I first saw Cobb Vanth, I expected him to be an unlikable character similar to how Jodo Kast was in the Twin Engines of Destruction comic. However, he was a very likeable character whose cause was just. We may not have gotten to see Fett in his green armor this episode, but seeing Vanth use it in battle still gave me a warm feeling. This was a great start to the new season and I have high hopes for its remainder.