“I’ve got a feeling there’s only one fit for your page.” Those were among the first words we heard from toy photographer and #HASBROTOYPIC Fan Figure Photo Series finalist David Valdez because sure enough, his Instagram feed so far had included just a single white Boba Fett image. What was lacking in quantity (as far as number of Boba Fett prototype images were concerned) was more than overshadowed by the quality of his work. It didn’t take long for us to notice David’s astonishing knack for squeezing the maximum potential from his action figures by modeling them into remarkably natural and life-like poses, even the ones that don’t wear a mask or helmet. Squint just a little and your brain starts to forget that they are toys, and the featured white Boba Fett image is certainly no exception.

As skilled as David is at composition, he doesn’t just stop there. His toy photography also manages to exude an extraordinary amount of emotion, whether it’s two battle droids weighed down by the effects of war, King Kong quietly drinking by the river’s edge, a tender moment in the rain shared by Spider-Girl and Captain America, or this powerful Easter message about faith. The other end of the spectrum triggers big smiles and laughs like Steve Irwin handling an unfamiliar critter, IG-88 enjoying his bounty reward, a Marine getting chased up a tree, and that one time Bruce Lee out-Flashed the Flash.

Of course what good are action figures without some good old fashioned action, and David’s body of work certainly has no shortage of examples. As far as keeping things within the Star Wars universe, we particularly liked the image of Luke Skywalker cutting down an Imperial scout trooper while piloting a hijacked speeder bike, a classic duel between Obi-Wan Kenobi and Darth Maul, and the thought-provoking prospect of Jango Fett having to gun down his own clones.

By far the toughest part of our review was refraining from actually linking to all of the images we wanted to highlight, because doing so would have resulted in way too long of a read. We highly recommend having a look at his Instagram feed instead, and be sure to continue reading David’s interview with us below:

What is your earliest Star Wars memory?

I have so many early Star Wars memories. I was born in ’82, so it’s always been a part of my life. When I was 3 or 4 I was standing right next to the TV watching Episode 4 when the Dianoga‘s eye shot up out of the water. It scared me so bad I fell over backwards.

What inspired you to get into toy photography?

My cat was lying on my desk in front of me (as they do) so I mounted my Beast figure on his back. I took a pic and posted to Instagram and somehow found other toy photos as a result. Seeing toy photographers on Instagram opened my eyes to its possibility as an art form.

Stormtroopers are my favorite to photograph. A big part of art and illusion is suggesting something to a person’s eye and letting their mind fill in the gaps. Stormtroopers have helmets completely devoid of expression, but we can see emotion from them based simply on body language which in a way makes us see emotion in their faces. This doesn’t work as well with figures with faces because the majority have a blank, bored, or stoic expression on them. My overall favorite character is Luke. The change he goes through and the strength he develops through the original trilogy are inspiring.

You chose to pose your Hasbro 6″ Black Series Prototype Boba Fett in a snowy setting. Where was he, and what was he up to?

Boba was vacationing in the Swiss Alps (my backyard in Minnesota) when some yuppy scum made a crack about wearing white after Labor Day. Fortunately for Mr. Fett, there was a “dead or alive” bounty on the fool’s head.

What are your top three favorite Star Wars photos you have taken so far?

It’s hard to pick three favorite shots, but first would probably be the “Makazie One” shot of the Trooper holding a lightsaber. It was one of my first attempts at practical effects that I thought turned out really well. Not many shots come out as well as I want, but that one was better than I had hoped for.

Second would be the three troopers at sunrise posted shortly after the previously mentioned shot. I was at my Grandma’s farm and forced myself up for sunrise. You never really know what you’re gonna get when you get up that early as far as the light goes and I end up frantically trying set up a shot before the sun arrives. That morning was magic for about 10 minutes and they were my best shots up until that point.

Third favorite is the shot of Rey in the sand that was featured at SDCC this year. The sun was going down fast behind Cocoa Beach in Florida and my girlfriend was nagging me to leave, but she was a trooper and sprinkled some sand over Rey as I scrambled to get the shot right. The lack of perfect focus still bugs the hell out of me, but for the most part I love the mystical feeling of the shot.

Speaking of your SDCC feature, congratulations on being chosen as a finalist in the Star Wars Hasbro Toy Pic contest. Anything you’d like to share about your accomplishment?

Thank you very much! It was really exciting to see that toy photography was being recognized in such a big way, so I really wanted to be a part of that. It was a tremendous honor to be one of the selected photographers.

Lastly, what is the most important piece of advice you would offer to an aspiring toy photographer?

Get out there and do it! I’m still an aspiring toy photographer myself and that’s one thing I tell myself. The more shooting you do, the more you’ll learn about what works and what doesn’t. At the same time you’ll be developing your own style, which also important. Get out there and experiment, try different things, play, have fun! We’re talking about toys, after all.

David Valdez is a toy photographer based in Minnesota, and can be found on Instagram as @fathersfigures.

This interview originally appeared on WhiteBobaFett.com. 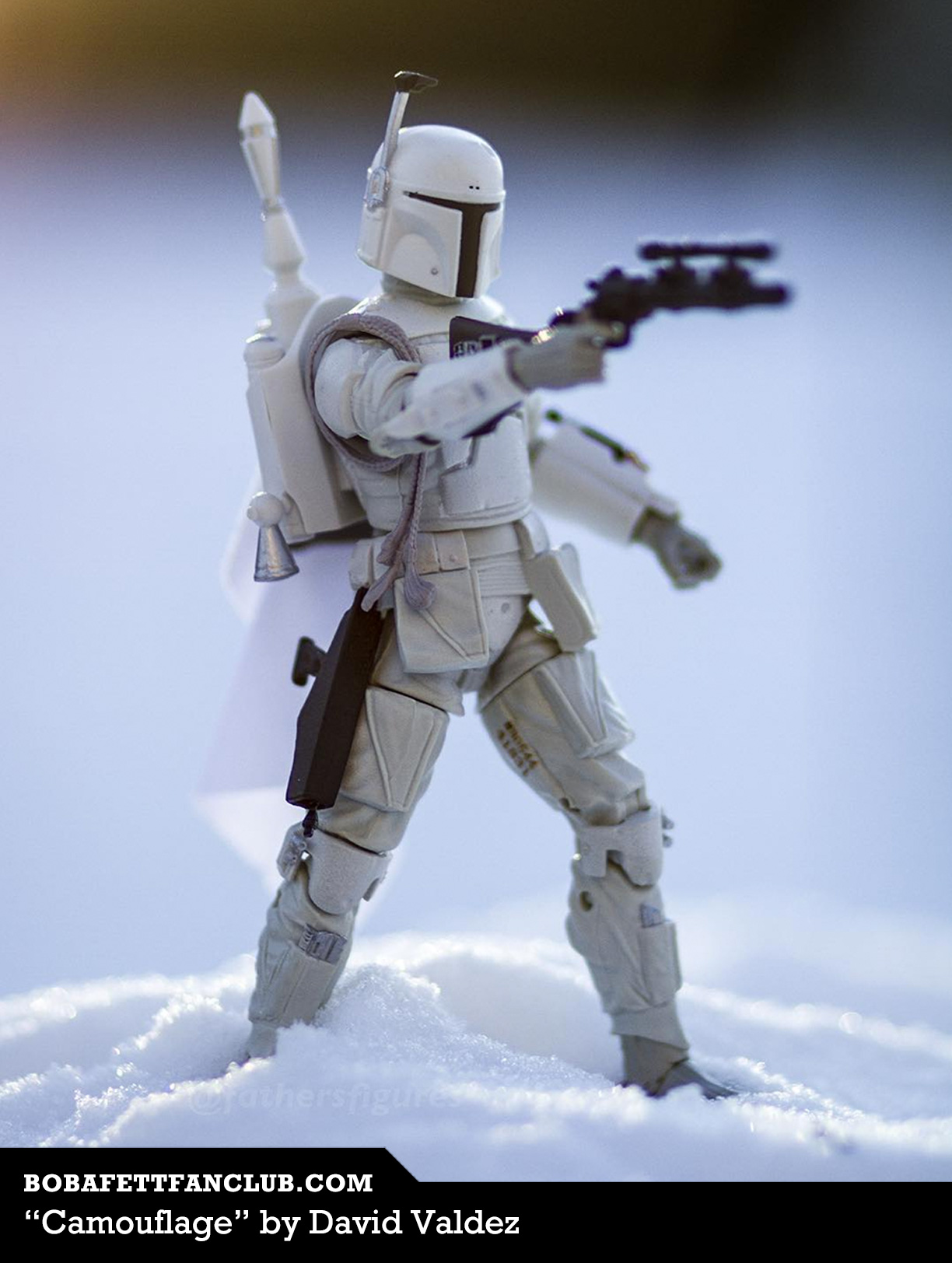