Use the Force, Jango

The next wave of Star War Force Battlers are on the way and this time they've brought out the big guns.

This Spring, Hasbro's Star Wars Force Battlers line of toys boasts the first Fett of the series. The new 7-inch Force Battlers Jango Fett figure includes double blaster action and firing jetpack with a capture claw. Remember though, always two, there are. A master and an apprentice. So, hopefully, sometime soon, I'm sure we can look forward to a Boba version Force Battler to come out. 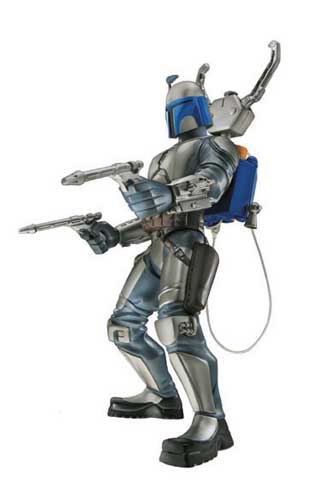