In a follow-up to our prior news release, Sideshow Collectibles has started to take pre-orders on their new Boba Fett figure. The figure will stand a whopping 19 inches tall, and include a weathered base, reminiscent of Jabba’s palace floor. 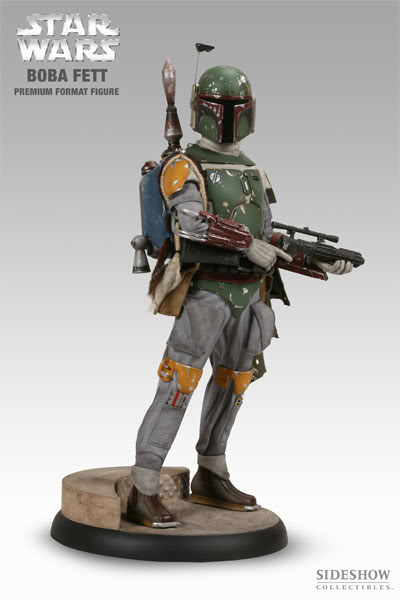 For more photos of the new figure, or to pre-order the figure:

The figure will put a dent in collector’s wallets, bigger than the dent on Boba’s helmet. Right now the cost of the figure is listed at $324.99, so it may be a little pricey for most. However, this is about normal pricing for Sideshow’s “Premium Format” series of Star Wars figures. So, this will probably be the cheapest you find it anywhere, as I’m sure the prices will be inflated on any online auction sites you may try to obtain the figure from later.

As an extra bonus, the figure will also include what is being promoted as a “wall mounted Mandalorian artifact.” A nice sandstone looking wall plaque, printed with the instantly recognizable Mandalorian Skull design. 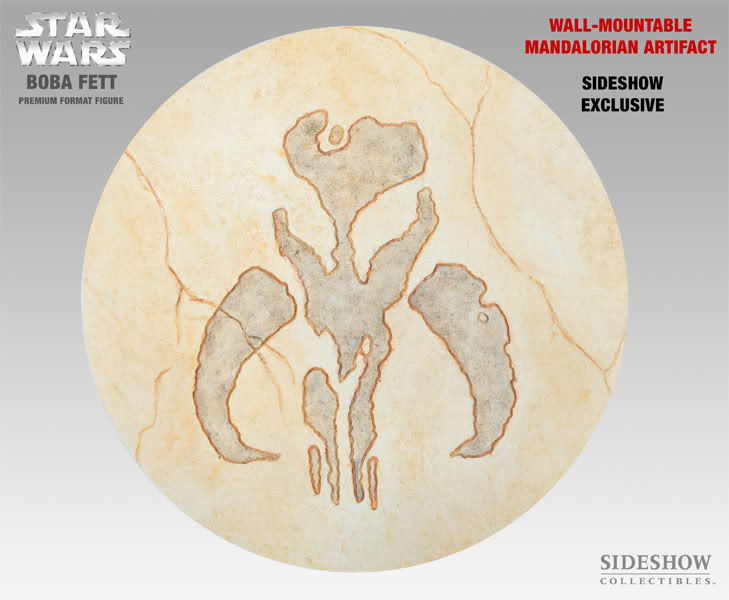 On the Sideshow site, one fan commented that there are some parts of this that die-hard Fett fans might not like:

I sent an e-mail concerning the discrepancies. The reply I received was that they work closely with Lucasfilm who approved this version.I’m here to tell you it’s wrong. It looks like it’s the ROTJ version your after. But here is why it’s not right:

I hope for a $300+ item they will get these details right for the diehard Fett fans.

Good points. Anyone else notice? Other feedback around the web thus far is generally pleasing, although only a small percent may afford such a collectible.