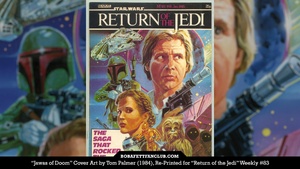 The issue itself doesn't include any Fett fiction: it has parts of Star Wars #91, Star Wars #51, and a few other stories.

"Jawas of Doom" is truly contained in Star Wars #81 and has one of the "legendary" tales of Fett escaping (and falling back into) the Sarlacc.

For all Fett comics, stop by our "Bounty" database: https://bobafett.com/bounty/books/comics/ 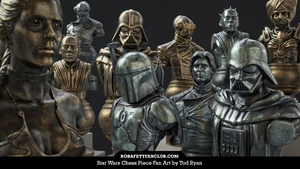 See more from the artist at https://todryan.artstation.com/ 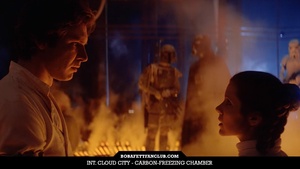 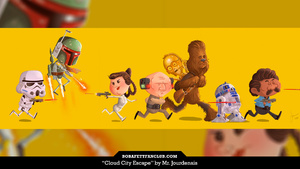 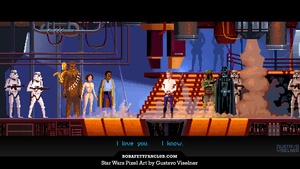 See more from the artist on Behance: https://bobafett.club/5kl3w 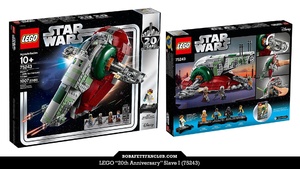 #SDCC: We join Wasted Fett yesterday and got a lot of great shots! 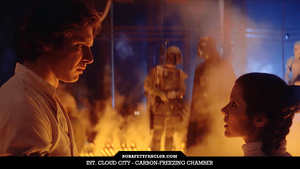 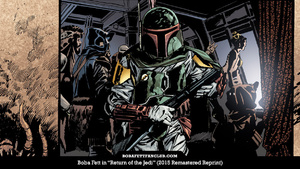 #BobaFett in the "Return of the Jedi" re-mastered version from Marvel in 2015.

This angle with #PrincessLeia also appears in the film as well, although it's easy to miss. 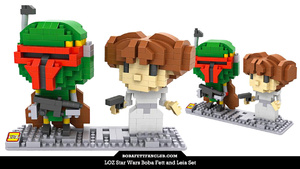 The plastic toy, which is popular in Germany and a lot like LEGOs, came out in 2015. It's available on Amazon: http://amzn.to/2jnRglp 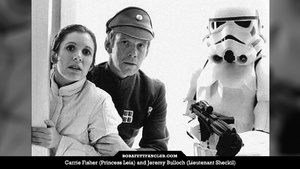 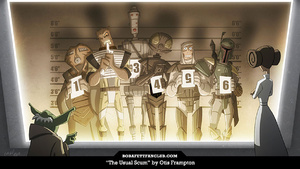 Watch the artist making the piece at http://www.ustream.tv/recorded/9558615 and https://youtu.be/gBCTG3Q5cW0

For commissions, check out http://otisframpton.com 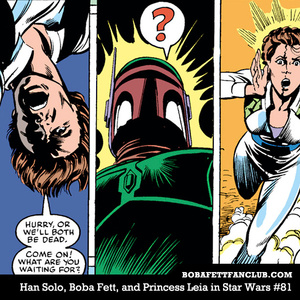 First, Jawas discover Fett survived the Sarlacc but has amnesia! Then they happen to run into #HanSolo and #PrincessLeia who are looking for R2! As if that wasn't enough, he barely recognized Solo just as he falls back into the pit in an out-of-control Sandcrawler! Now that's entertainment.

This re-touched panel comes from #StarWars Omnibus "A Long Time Ago..." Volume 4, which was published in 2011 by Dark Horse Comics. 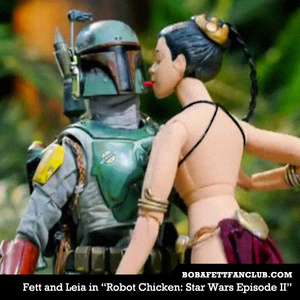 #ThrowbackThursday: #BobaFett and #PrincessLeia in the second "Robot Chicken Star Wars" episode (2008), right after he mows down some Ewoks

For a synopsis of Fett's appearances in all three Robot Chickens, see http://bobafett.com/fettpedia/%22Robot_Chicken%22 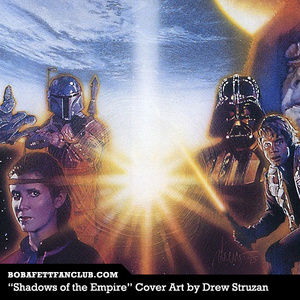 #ThrowbackThursday: "Shadows of the Empire" cover art by Drew Struzan, featuring #BobaFett, #PrincessLeia, #DarthVader, #LukeSkywalker and many more. What was your favorite part of the storyline between "Empire" and "Jedi?" 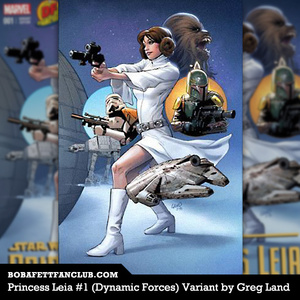 #BobaFett made it on a #PrincessLeia #1 variant cover. It's a Dynamic Forces exclusive with art by Greg Land. Pre-order at http://j.mp/1ve7ORy. Available March 31st. 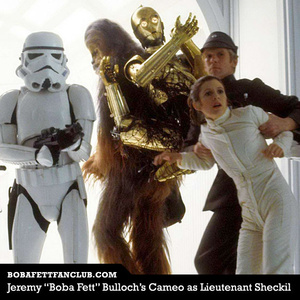 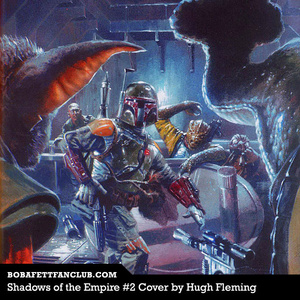