[Updated 4/1/2015 8:45pm PST: In a stunning turn of events, StarWars.com dug into the data and changed the winner. “Boba actually won. Some users tried to rig the match for Jango but we filtered out the fake votes.”]

Starting last night and going for the next 2 days over at the official Star Wars website’s This Is Madness “March Madness” bracket-style voting game, Boba Fett is up against Jango Fett in a match of the clicks.

Here’s a tally of how the vote is going:

Let’s keep pushing for Boba Fett to win with 51% if not more!

Last year, Boba Fett won 70% of the vote when he faced off against Jango Fett. Let’s hope it can happen again.

These polls are not scientific and also have one major flaw, which affected the vote last year too. They appear to just use browser cookies to tell if you’ve voted already. Disabling or deleting the “match” cookies set by “tim.starwars.com,” and anyone can appear to vote again.

That said, there’s word of a “re-count” for the last challenge, where Jar Jar trumped Padme Amidala, claiming “ballot stuffing.” 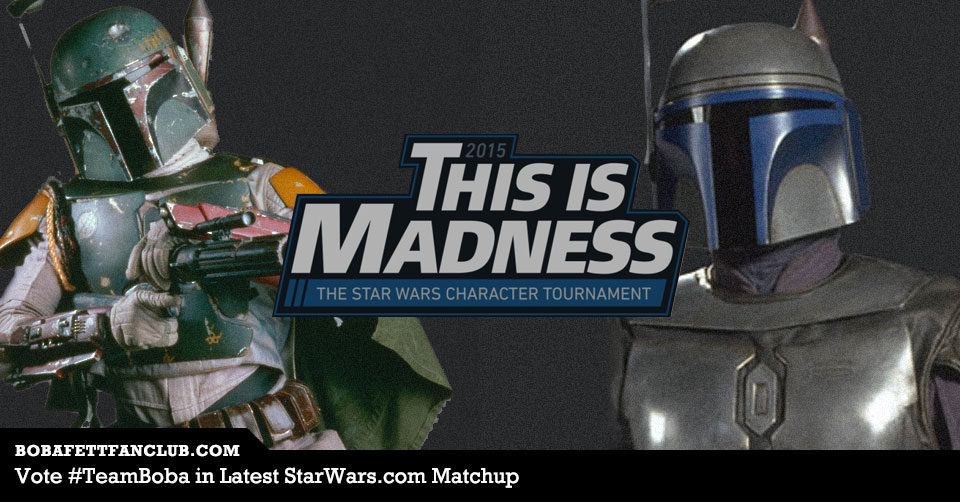