[Updated 4/2: Boba Fett finished the public voting period with 59% of the tally.]

After an admirable re-count by StarWars.com, which put Boba Fett from the losing column into the winners circle — on April Fool’s Day no less — Boba makes it to the next round which is … right now.

Here’s a tally of how the vote is going:

If Boba Fett wins this round, he will face off against Darth Vader. Last year Fett faced Vader and it was quite a battle. 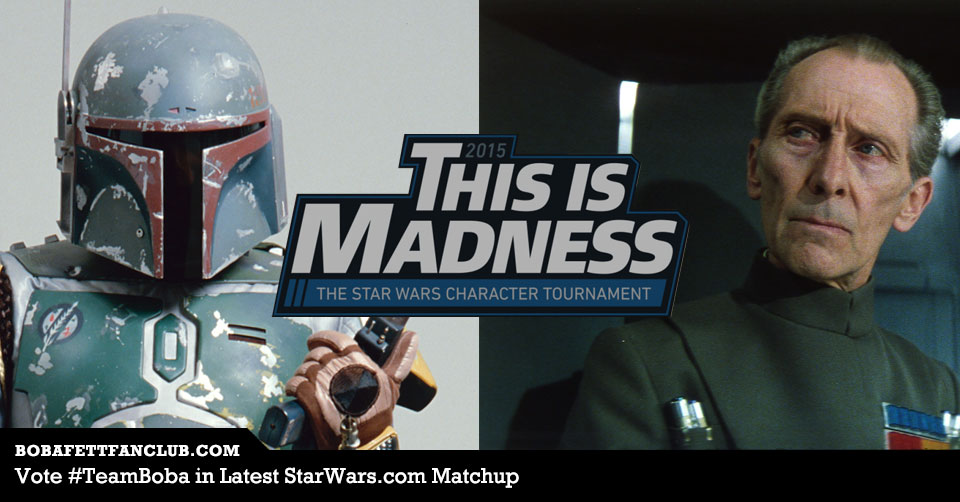