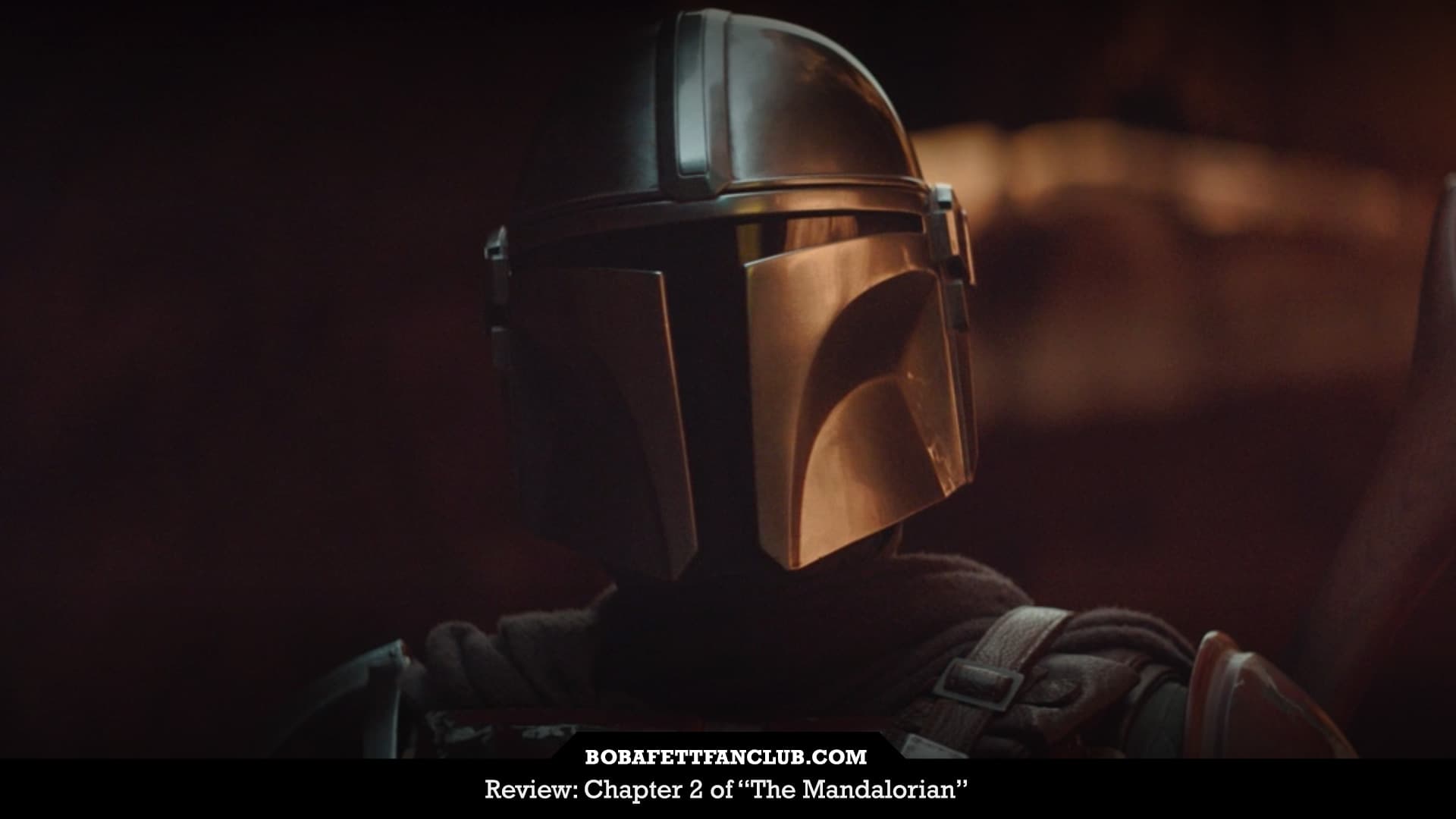 Review: Chapter 2 of "The Mandalorian"

I was almost smiling throughout the entire second episode of “The Mandalorian” (written by Jon Favreau and directed by Rick Famuyiwa) and felt much more engaged with what was taking place than in the previous episode. I still consistently struggled to believe that I was watching Star Wars because of the score but overall I enjoyed this episode very much and I was once again amazed at how beautiful this show is.

I didn’t expect that our new little baby friend (whom I will now refer to as “Tiny” thanks to my friends over at The Resistance Broadcast) would get so much screen time but I loved every second of it! I think it made up for the fact that almost nothing happened in this episode besides the relationship development between the Mando and Tiny and the big reveal near the end, both of which I want to discuss.

We saw a relationship begin to unfold between the Mando and Tiny which was absolutely adorable! I wondered, as soon as we were introduced to Tiny, if he was Force-sensitive. It was then confirmed as soon as he attempted to heal a wound that the Mando received while protecting him in a fight against a group of Trandoshans. This was my absolute favorite scene! The way Tiny tried to help the Mando not once but twice really made my heart melt. His repetitive action perfectly captured the way young children behave and I loved it! He is so pure. The Mando wasn’t aware that Tiny was trying to help him each time so he placed him back in the carrier. I was dying.

The Jawas shockingly had a lot of screen time in this episode and I was a fan! After the Mando realized the Jawas stole enough from the Razor Crest to make it immobile, he went to his new Ugnaught friend Kuiil (voiced by Nick Nolte) whom we met in Chapter 1. Kuiil suggested to make a trade with the Jawas to get his parts back. The Jawas explained that they are interested in an “egg.” The Mando, of course, ends up acquiring the egg but not before he found himself going head-to-head with a giant beast. At one point the beast aimed for Tiny but the Mando, once again, protected him. After the Mando was almost completely knocked out from the fight, Tiny returned the favor and used the force on the giant beast to raise him from the dusty and muddy grounds of Arvala-7 so that he could no longer charge towards the Mando. This gave the Mando the advantage to stab the beast with his last weapon, a knife. I exclaimed “I KNEW IT!” as soon as Tiny used the Force. This immediately made the show all the more interesting for me. I especially wonder if Yoda’s species might all be Force sensitive since we now know of the existence of Yoda, Yaddle and Tiny.

Near the end of the episode, after the Mandalorian brings the Jawas the egg in exchange for what they stole from him (that was pretty nasty, right?), Kuiil asks the Mando to tell him again about what Tiny did. Neither of them could believe it. I was very surprised they weren’t aware about the Force and I actually think that this will make the Mando and Tiny’s journey much more unique.

If you’re interested, I further discussed Chapter 2 on #TheMandoFanShow with my friends of The Resistance Broadcast. You can listen to it on Apple Podcasts, Soundcloud, Spotify or you can watch the episode below!

What did you think of the second episode? Let know in a comment below or send me a DM on Twitter or Instagram! I am NOT openly discussing spoilers about “The Mandalorian” on social media.

(A version of this article was originally published on November 16 at Anakin and His Angel.)