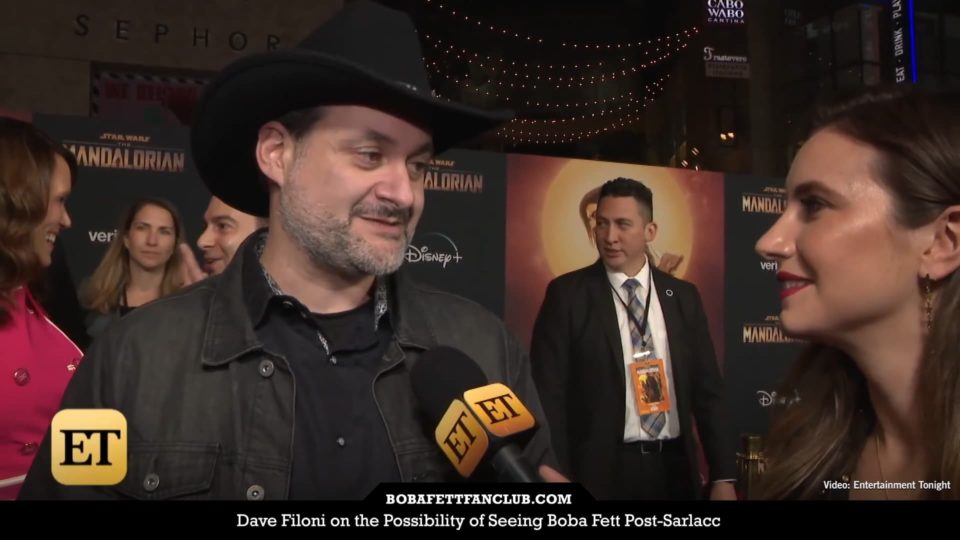 At the red carpet premiere for “The Mandalorian,” Dave Filoni was asked by Entertainment Tonight reporter Ash Crossan about the possibility of Boba Fett surviving the Sarlacc.

Note how he hints at a future possibility, in effect denying the belief some fans have that Fett [SPOILER ALERT] could be in a dimly lit room full of Mandalorians in the Disney+ show. (He’s not.)

In the current canon, Boba Fett is neither dead nor alive since falling into the pit. In legends, he escaped many different ways in books and comics since 1984 (Marvel Star Wars #81: “Jawas of Doom”, Dark Empire #3 including “the Sarlacc found me somewhat indigestible,” “Twin Engines of Destruction including “Sarlacc food,” “A Barve Like That”, “Payback”, “The Mandalorian Armor” trilogy, etc.).

“The Mandalorian” takes place just five years after “Return of the Jedi.”