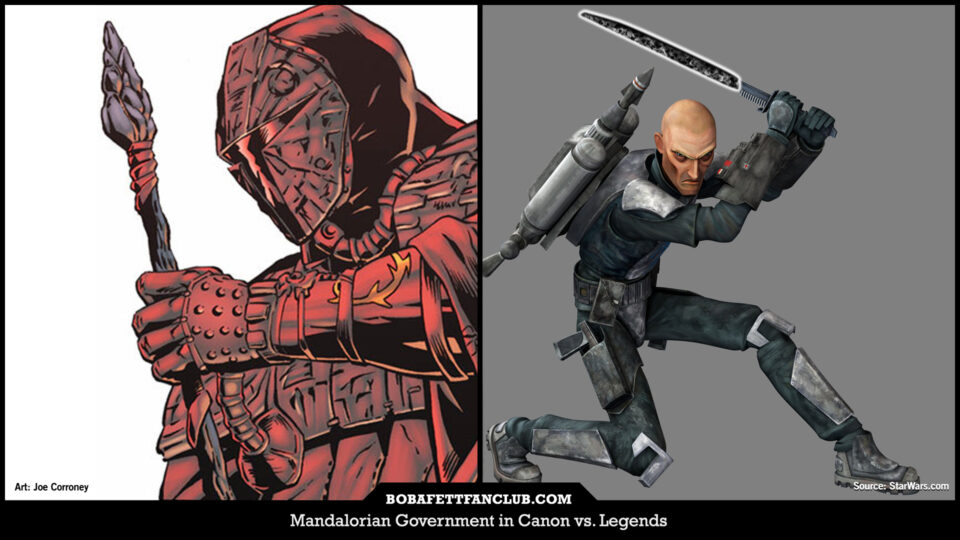 Mandalorian Government in Canon vs. Legends

Published May 5, 2020 • Written by The IronWolf • Filed under Fettpedia

Throughout their existence, Mandalorians have fluctuated between different forms of governments. They have been as low as anarchism and as high as a democracy. The Mandalorians are considered to be a nomadic race. However, they still have a planet and system to call home. This planet, Mandalore, requires either a leader or leading body to operate effectively. 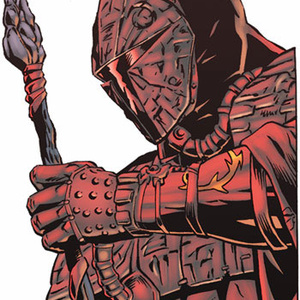 Mandalore the Indomitable by Joe Corroney

In “Legends,” the leader would be someone given the title of Mand’alor, like Mandalore the Indomitable. The bodies of leadership would consist of Clan Leaders. These Clan Leaders would be the oldest and most respected members of their clans and would represent their clan before Mand’alor.

In the early days of Mandalore, the Clan Leaders wouldn’t have any say in what direction Mandalore would go in. That responsibility was given to Mand’alor alone as their sole ruler. On one occasion, the current Mand’alor was slain by Darth Revan. 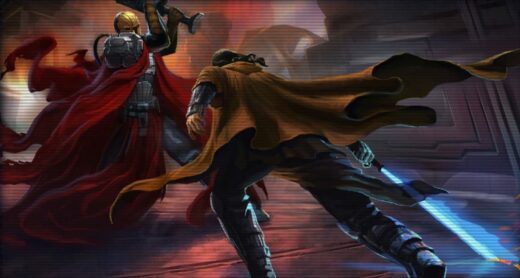 As seen on Malachor V from the “The Journal of Master Gnost-Dural” by Rob Chestney, published in 2011. (Thanks to @sombraptor on Twitter for the journal source.)

Revan hid Mand’alor’s helmet which stopped the Mandalorians from having a new Mand’alor. This caused them to drift into anarchy. The Clans scattered throughout the galaxy and acted on their own.

As time went on, the Mandalorians would regain Mand’alor’s helmet and gain their leader along with a few changes. They went from being a form of monarchy to a form of democracy. Instead of Mand’alor having supreme rule, the Clan Leaders had to give their approval as well. Although the position of Mand’alor had absolute rule and didn’t necessarily require the approval of the Clan leaders, it was best for him or her to listen to them since they hold the entirety of Mand’alor’s support. 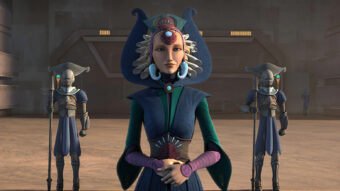 In the current canon, the leader does not have a confirmed title. The only instance where we have seen a title is during “The Clone Wars” when Duchess Satine ruled Mandalore.

The leading bodies were a bureaucracy consisting of the Ruling Council and various Governors. The Ruling Council was composed of Ministers and a Prime Minister who were in charge of their own departments and helped govern Mandalore under the Duchess. There appeared to be Governors of different parts of the Mandalore sector.

One such Governor was Pre Vizsla who was using his position as Governor of Concordia to hide the Death Watch’s operations. After the Clone Wars, during the reign of the Empire, Mandalore returned to its traditional warrior ways and consisted of a sole leader and Clan Leaders. Not much is known on how they conducted their rule but it can be assumed that they ruled similarly to their “Legends” counterparts.

The “legends” and canon versions have shown different types of government. Whether they be anarchy, monarchism, bureaucracy, or democracy. All variations are very interesting and build the lore of Mandalore. Hopefully through shows like “The Mandalorian,” we will get to see Mandalore operating under a Mandalorian lead government again.