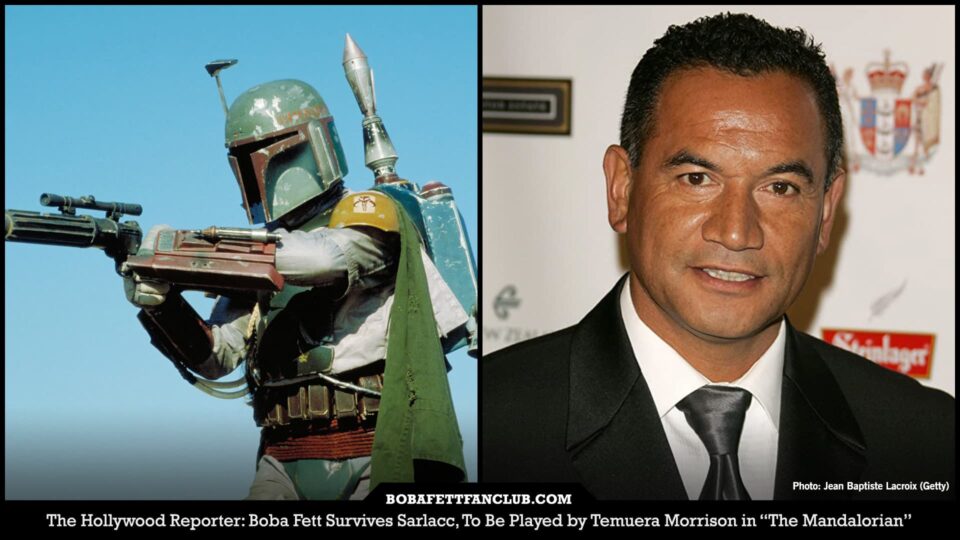 The Hollywood Reporter: Boba Fett Survives Sarlacc, To Be Played by Temuera Morrison in "The Mandalorian"

In the early afternoon on Friday, May 8, The Hollywood Reporter dropped a story authored by two of their reporters, claiming without named sources or comment from Lucasfilm that Temuera Morrison would appear in the upcoming second season of “The Mandalorian.”

Furthermore, since the show takes place after Return of the Jedi and “after the stories of Boba and Jango Fett,” according to the official synopsis, they claim that Temuera is also playing Boba Fett. It’s unclear if there’s some guesswork here, like if Temuera has been cast as a different character instead.

If it’s in fact true that Boba Fett will be in the show, assuming it’s not a flashback, this would also mean that in the current canon, where he’s neither dead nor alive until a story “pulls him out,” Boba Fett survives the Sarlacc. In “legends,” he survived the Sarlacc multiple times, but not in the current official timeline.

It’s been long rumored that Boba Fett would be in “The Mandalorian.” Despite some close calls, he does not clearly appear in season one. No, he’s not in the background of the Mandalorian den and, while the Boba Fett musical cue plays during the walk-up to Ming-Na’s character, it’s not clear who that character actually is.

While generally the industry trade THR is accurate with their news, we should point out that in 2018 they claimed James Mangold was directing a Boba Fett film. The director himself debunked this as “gossip.”

We reached out for additional sources on this news and found one Star Wars fan site knew about Temuera Morrison being cast as early as January, but did not know the character he was playing. If true, this could very well mean that Temuera is playing some character in the show, but not necessarily Boba Fett. This second source adds merit to the casting news only.

Boba Fett is canonically 36 years old in “Return of the Jedi.” With “The Mandalorian” taking place years after “Jedi,” Tem would be close in age for an “older” Boba Fett, as he’s 59 but looks younger, whereas Daniel Logan is 32 and looks younger.

What do you think? Share your take in the comments.