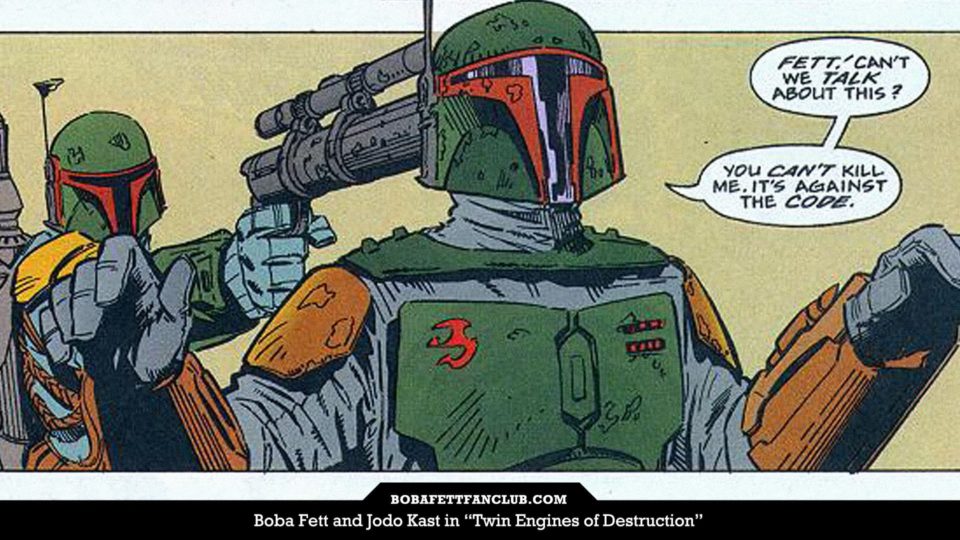 Lucasfilm Should Look To Older Boba Fett Material For Inspiration

Boba Fett is a favorite among many Star Wars fans; however, he is often treated poorly when it comes to storytelling. He has a menacing demeanor about him in just about every form of media he appears in yet he is shown to be clumsy and sometimes not that smart. After watching and/or reading about him, you begin to wonder if he actually lives up to all the praise he receives.

In the the 2015 Star Wars comics, Star Wars #5 and Star Wars #6, Boba goes toe-to-toe with Luke Skywalker. Boba surprises Skywalker and gets the upper hand pretty quickly. However, during their fight, R2-D2 comes to Luke’s aid and trips Fett up, allowing Skywalker to escape. This is a humiliating defeat for Boba that should never have happened. Boba has a 360 degree view inside his helmet which should have alerted him to R2 sneaking up behind him.

In the Star Wars: The Clone Wars TV series (2008–2014), we see Fett during the time of a child and teenager. We get to see good story plots and a little backstory on the character as well. There are some flaws here, however. Throughout his episode arcs, we see him constantly get double crossed and fooled by his fellow Bounty Hunters. We can blame this on his inexperience. However, I think after being trained by his father Jango, he would be smarter and not be duped by so many people.

Now, how could they improve on his character? I would start with quality storytelling. Start with a comic book that focuses on him and his bounty hunts. It doesn’t have to be anything drastic, just something to get the ball rolling and to reintroduce the character to the new and old fans alike. Then, he can start appearing in TV shows. A guest appearance in the upcoming show, The Mandalorian, would sure brighten up my day. Finally, I would push for a solo movie about Boba Fett, whether it is about about his past life or possibly even his post-Sarlacc life.

This era of Lucasfilm is heading in the right direction with Boba Fett, but I think they should look to the older material — such as Twin Engines of Destruction and Enemy of the Empire — for inspiration.

In Twin Engines of Destruction (1995–1996), we saw how the Fett legacy was being used by others, predominately Jodo Kast, to cash in on Boba’s reputation and how Boba dealt with it. Boba examined his new foe and set a series of traps for him which lured Kast right to Fett. This showed that Fett wasn’t just a hired thug who stood in the back and looked cool. He in fact is very intelligent.

In Enemy of the Empire (1999), we see Fett being hired to retrieve an item of importance which Darth Vader himself also wishes to retrieve. Fett and Vader go toe-to-toe with each other and ultimately end in a stalemate. This also proves that Fett is more of a skilled fighter than what he is often depicted as.

Both of these stories show the strategic and combative side of Boba Fett that is not often shown in more recent material. I would like to see well written Boba Fett stories that show his cunningness and fierceness in the Star Wars universe. 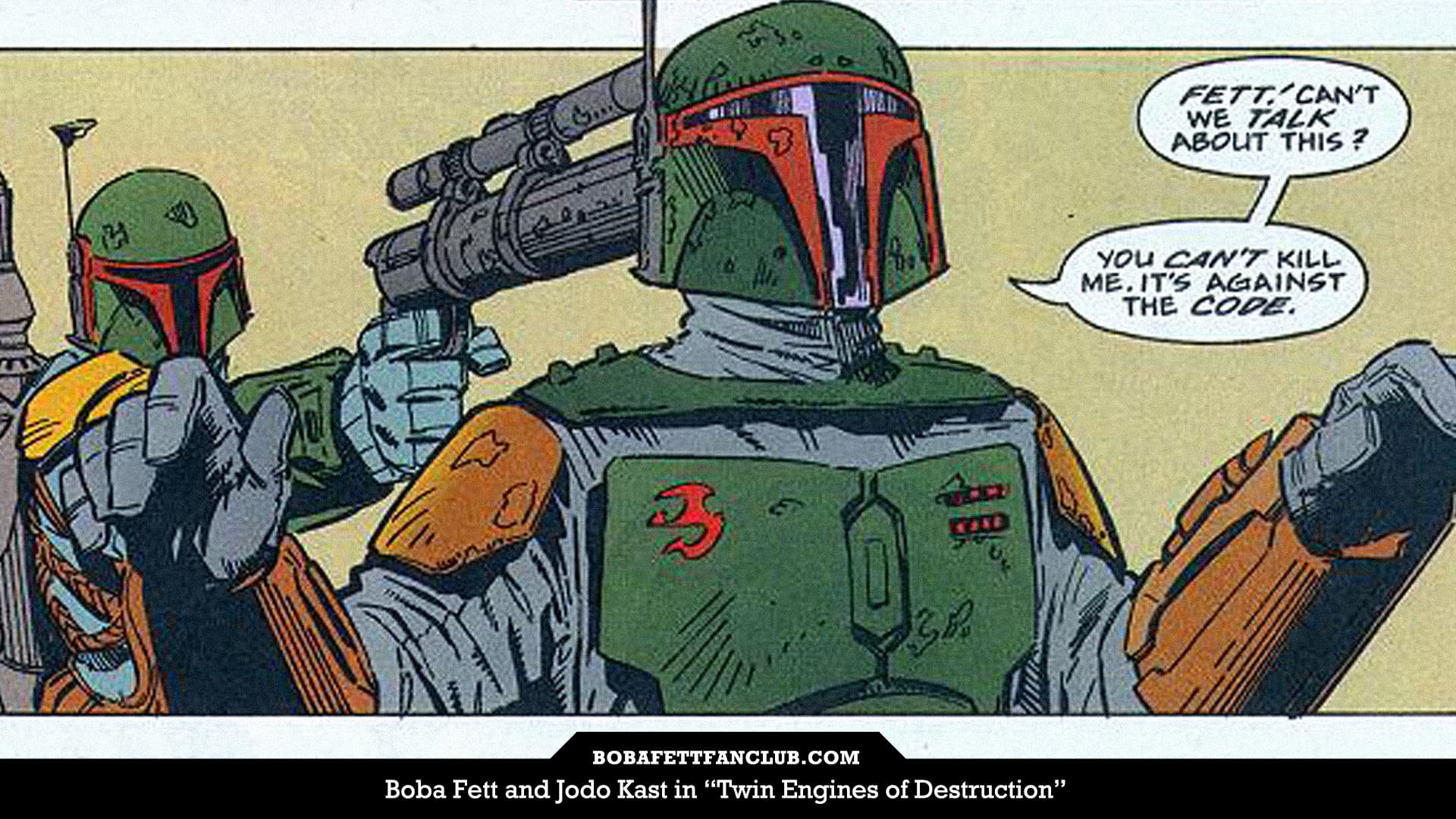