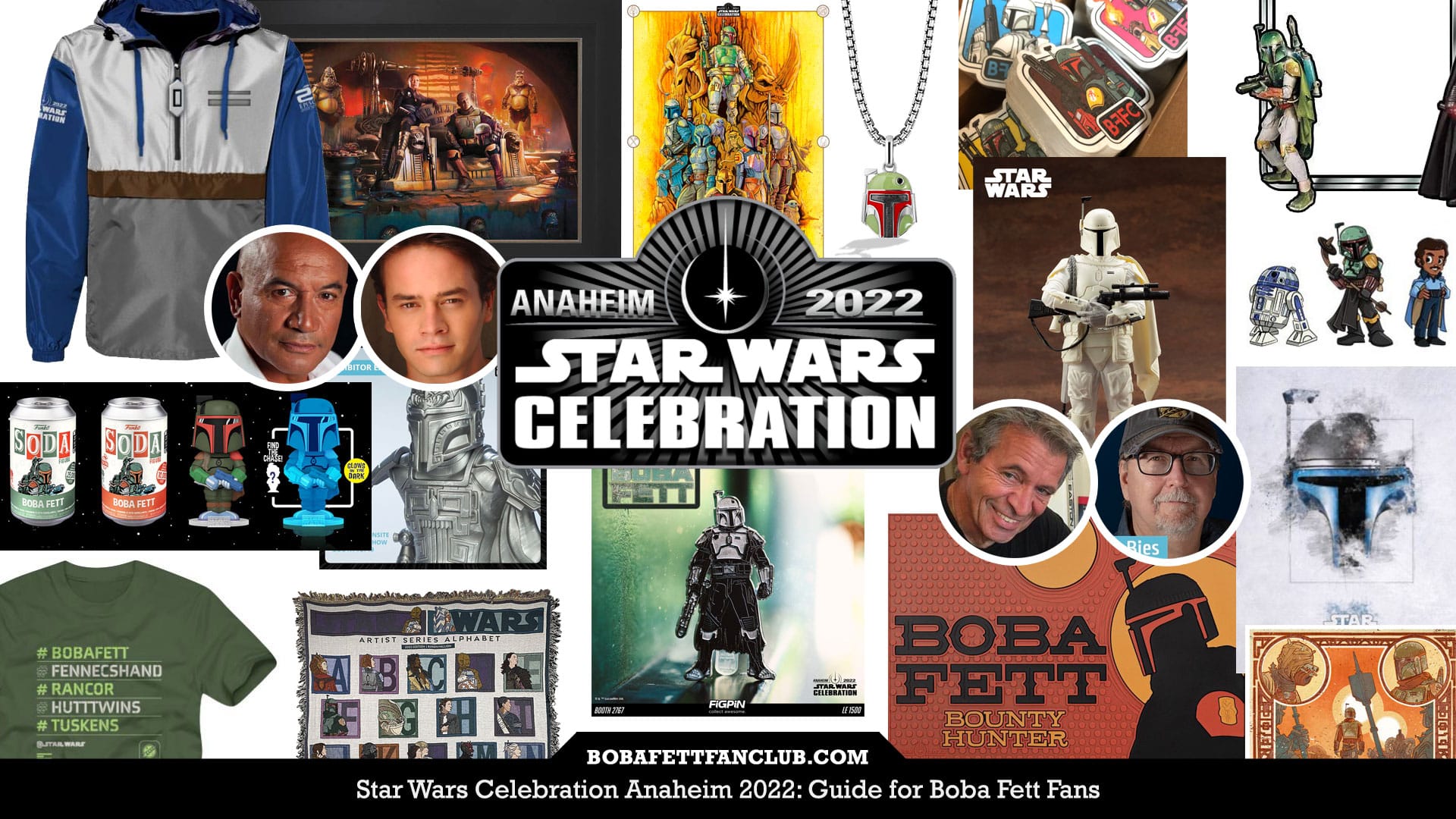 Here is our guide to Star Wars Celebration Anaheim 2022, just for Boba Fett fans. Consider this your very own checklist to all the Boba Fett sightings as we learn about it. Updated up to and through the convention.

Need a map? You can find the official maps [no longer online] now on the official website, but for a printer-friendly and simplified variant (plus where the BFFC booth is), see ours below. Here’s also a handy parking map from the convention center. The official site also has very specific entrance procedures [no longer online] which you should familiarize yourself with — and download/use the “Clear” app before your first day. 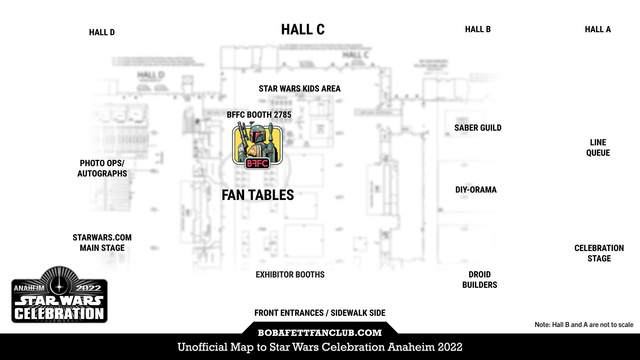 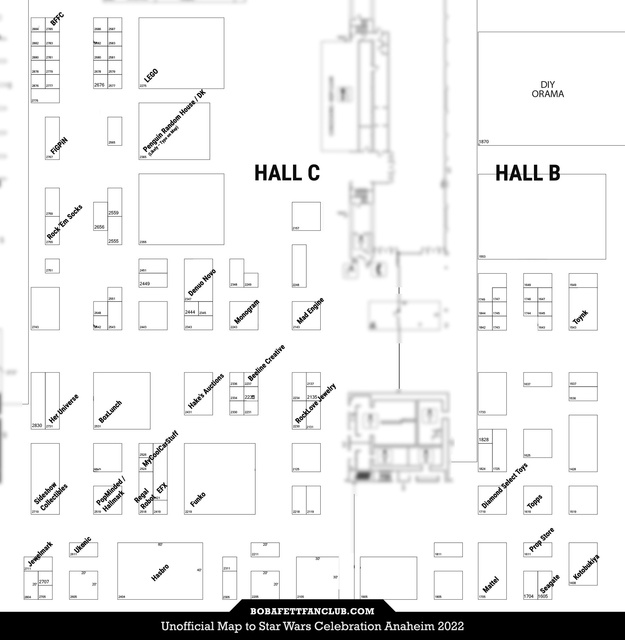 The official Star Wars Celebration store has a handful of Fett exclusives — all found on their list: