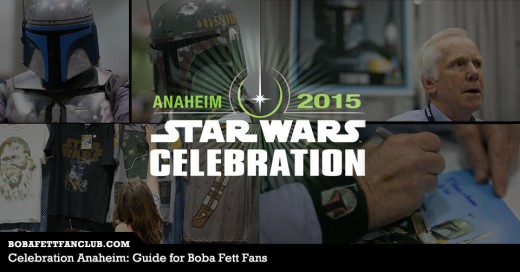 We’ll be covering all four days of Celebration Anaheim, live from the convention with video, photo, audio, and text posts day and night.

Besides four Boba Fett actors — including the original, Jeremy Bulloch — and three of us from the Boba Fett Fan Club attending, here’s our preliminary guide on where to go when!

After “All Days,” events are organized by day and then by start time. Overlaps identified where appropriate. Lost? Here’s the official event map. 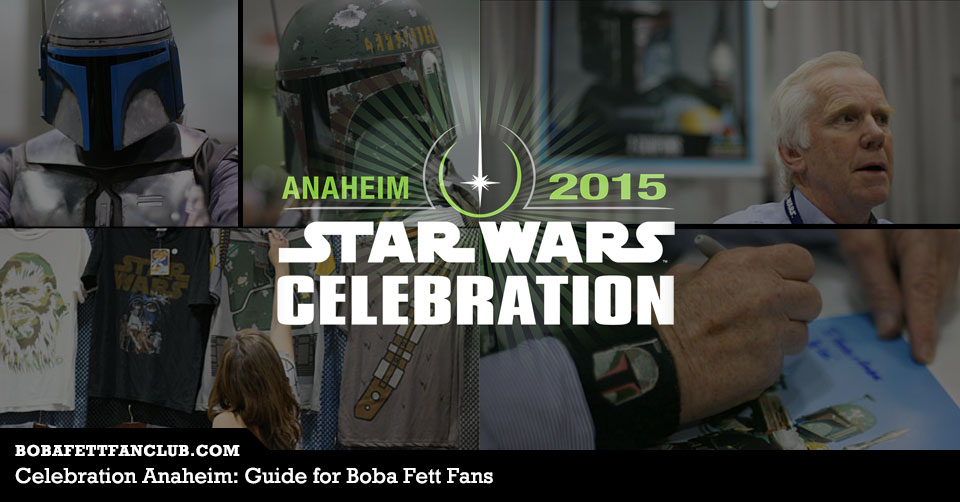