We will be covering all four days of Star Wars Celebration Orlando (aka SWCO), live from the convention with photo and text posts.

This guide is available in advance of the convention and we will be intermittently updating it as we know more of what’s confirmed, when, and where.

Besides two Boba Fett actors and two of the volunteers who help run the Boba Fett Fan Club attending, here’s our preliminary guide on where to go when!

Sure, you could get a Star Wars hoodie or a BB-8 as an orange… but one of the six official merchandise releases for SWCO is a Sarlacc Plush with Removable Mini Boba Fett!

As of March 28, IGN shared an exclusive reveal of all the pins in the series. Here’s the “Bounty Hunter 3-Pack” with Boba Fett, IG-88, and Bossk. It will be sold at the show store during the convention.

Their yet-to-be-released Premium Format Jango Fett was shown at SDCC 2016 but it’s out on display at SWCO this year. (Thanks to Jaycepticon for the heads up on Wednesday afternoon.)

They have a Ralph McQuarrie card set and a Boba Fett giveaway card on Sunday!

This is the new vendor for official photos, usually for autographs but also suitable for framing.

They have their giant Boba Fett bust on display, just for conventions like this. It’s based on a much smaller 2003 bust.

This booth has the Ronin Jango Fett on display and what appears to be a free catalog which shows a new Ronin Prototype Boba Fett coming in July.

Funko was expected to have a convention exclusive Fett and they announced it on March 21st. It’s a Funko Wobblers Prototype Boba Fett. There’s also a lottery to deal with, so get in that in advance! Note that they have a limit of one of each exclusive item per person.)

There’s a rumor that this will be a “shared” exclusive, possibly with Toys”R”Us… More details to come.

Artists at the Star Wars Art Show by ACME Archives

Also: Ralph McQuarrie Archives has a table in the exhibit hall: booth 1624!

Rebekah Knuth’s car, Ivor Fett, which is decked out in a one-of-a-kind Boba Fett wrap, is on display at SWCO. 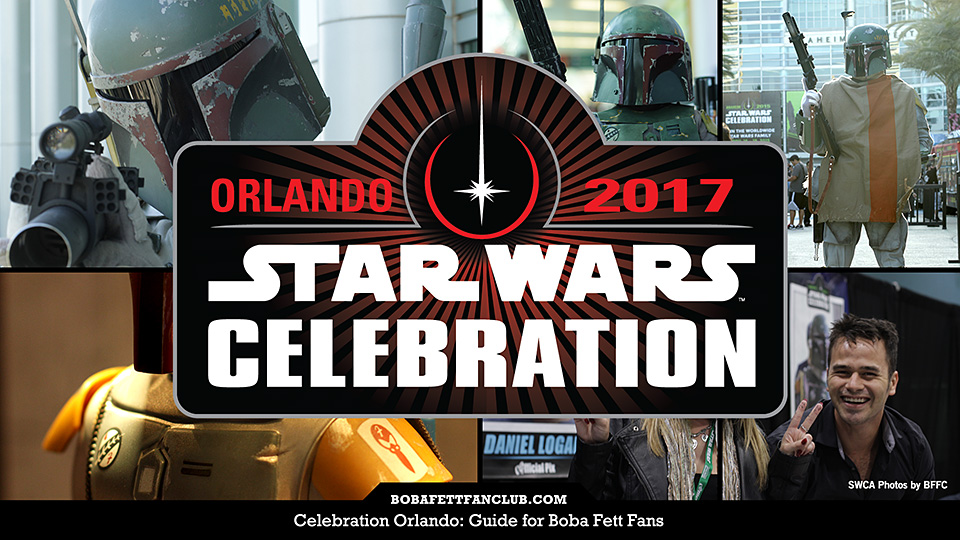