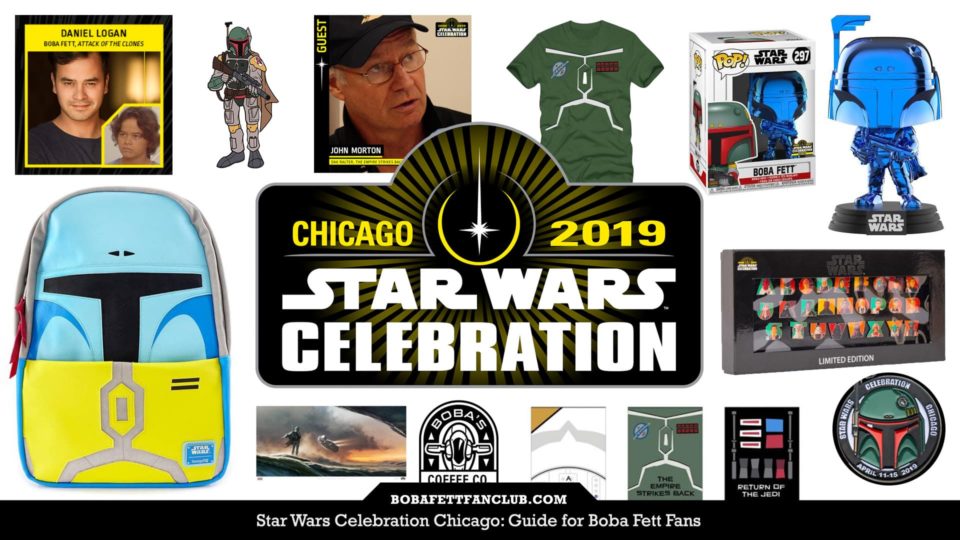 Here is our guide to Star Wars Celebration Chicago, just for Boba Fett fans. Consider this your very own checklist to all the Boba Fett sightings as we learn about it. Updated up to and through the convention.

Two of the actors who portrayed Boba Fett will be there: Daniel Logan (Young Boba Fett) and John Morton (“Bespin” Boba). They can be found at the Topps Star Wars Authentics booth for both autographs and photo ops. Note that Temuera Morrison (Jango Fett) had to cancel as of April 3.

Daniel will have his own “Prototype” Boba Fett helmet with him and it may or may not start to get autographs on it. ;)

Dee Bradley Baker and Tom Kane are two voice actors who have voiced Boba Fett, among others. They will also be at the Topps Star Wars Authentics booth.

Dave Dorman (booth #2526) is a painter of some of the most well known and loved Boba Fett images and comic book covers.

Jordan Hembrough will have Star Wars-inspired Muppets, including Animal as Boba Fett at Hollywood Heroes (booth #4428).

Acme Archives (booth #2239, right next to the Art Show section) will have artists in person, including these folks who have notable Fett pieces:

Funko’s “Blue Chrome” Boba Fett is a Celebration exclusive, a limited edition of 2,500. See their booth (#4819) but know they have a lottery system so it might be hard to grab.

This Celebration Chicago Boba Fett pin will be available from the show’s own store with orders of $100 or more.

Loungefly will have an Animated Boba Fett backpack on sale for $70, based on Fett’s Star Wars Holiday Special version. They’re owned by Funko as of 2017, so might be represented at their booth (#4819).

Dark Ink (booth #2239 with Acme Archives) has this print for $60, only available at Star Wars Celebration Chicago.

EFX (booth #2818) will be revealing its new high-quality Boba Fett helmet, for just $379. It will have an online exclusive U.S. vendor, which we’ll reveal when we’re allowed to share it. It’s unclear if any will be available or sold at the convention, but one will be on display there at least.

Beeline Creative (booth #3319), who makes Star Wars Geeki Tikis, will have their 18 piece set on display and probably on sale. It’s massive and includes a small Boba Fett in the set.

Knowhere Toys (booth #2231) has some Fett inspired pins. You can also order them online.

The Dented Helmet (booth #5325) will be out in force with some amazing costumed fans and information on their group.

While the Fetts aren’t expected to be in “The Mandalorian,” there will be a big panel on Sunday, April 14th at 11am to noon. It’s at the Celebration Stage in Wintrust Arena.

The Clone Wars animated series is getting a final season and there’s a chance that unfinished episodes with Boba Fett will get finished. The “Star Wars: The Clone Wars Sneak Peek” panel is on Sunday, April 14th at 3:30pm to 4:30pm, also at the Celebration Stage in Wintrust Arena.

An 88-foot mural by Jason Palmer featuring characters and moments from all Star Wars films will be on display. Boba Fett is part of the artwork.

You can easily share this page with this short URL: 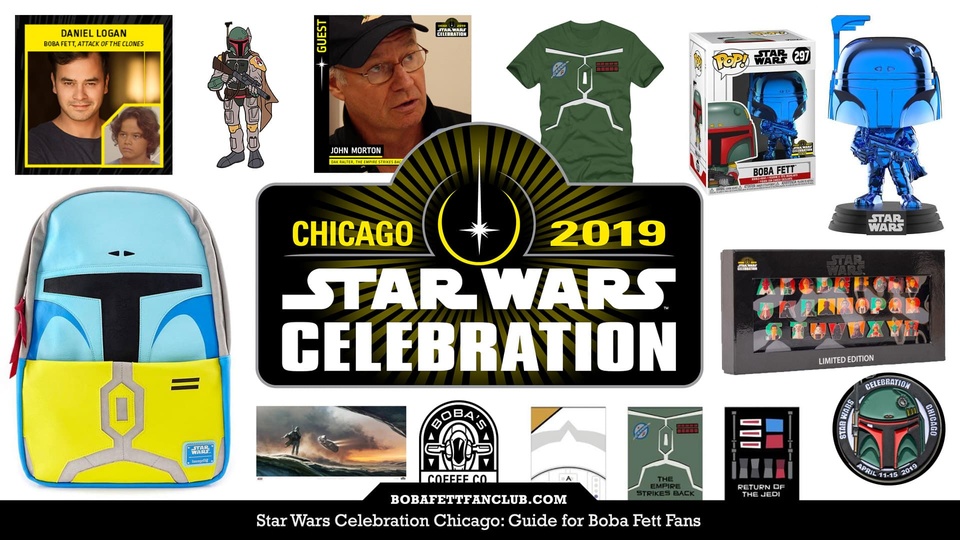