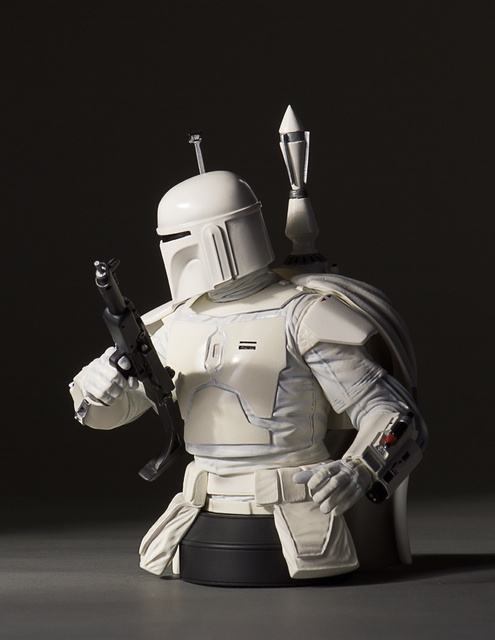 The Gentle Giant site includes a little more information about the release. The 1:6 scale bust has a limited edition of 750.

If you’re not attending SDCC, you have to be a member of Gentle Giant’s club in order to put in a pre-order. (Premier Guild Collector’s Club costs $80 per year to join.) 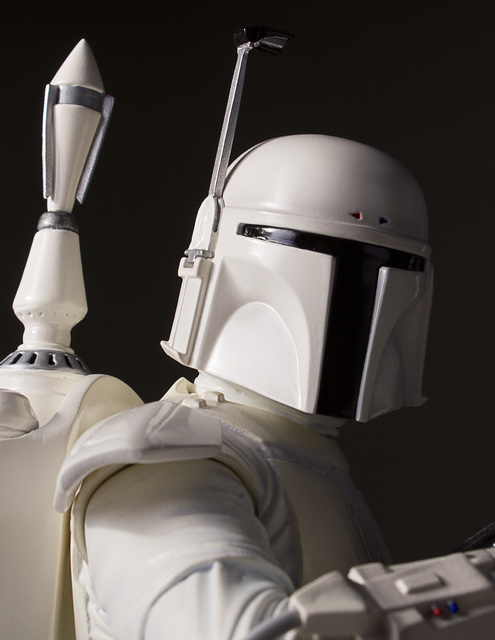 In the summer of 1980, The Empire Strikes Back introduced us to one of modern cinemas most recognizable characters, Boba Fett. A man of few words, the gritty bounty hunter quickly made his mark despite having roughly 3 minutes of screen time in his debut film. The character had long been teased by Lucasfilm as far back as 1978, appearing in animated form and as a costumed character in parades and special events across the country.

This is one of many Boba Fett items from Gentle Giant over the years. View them all in our Bounty database. 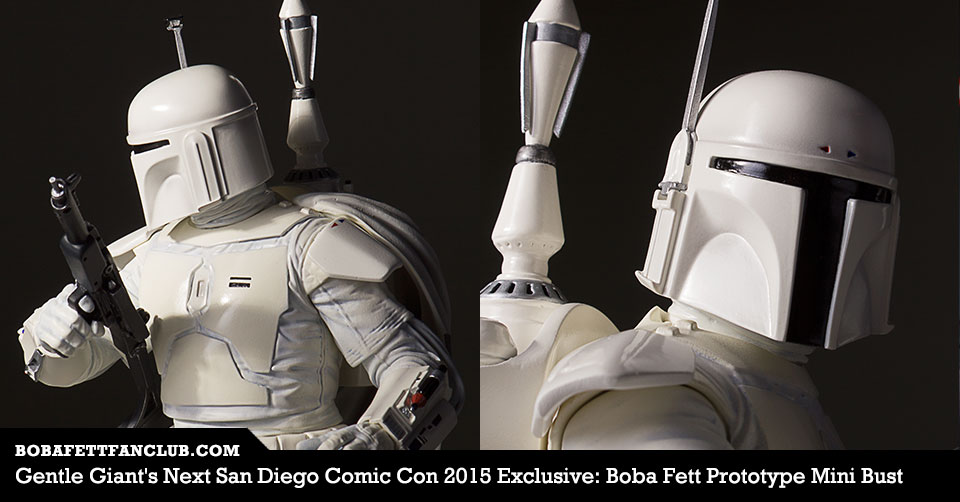