UPDATE 7/6: MTV News has an exclusive look today at more publicity photos, including the boxed figure. Here are some of the best shots: 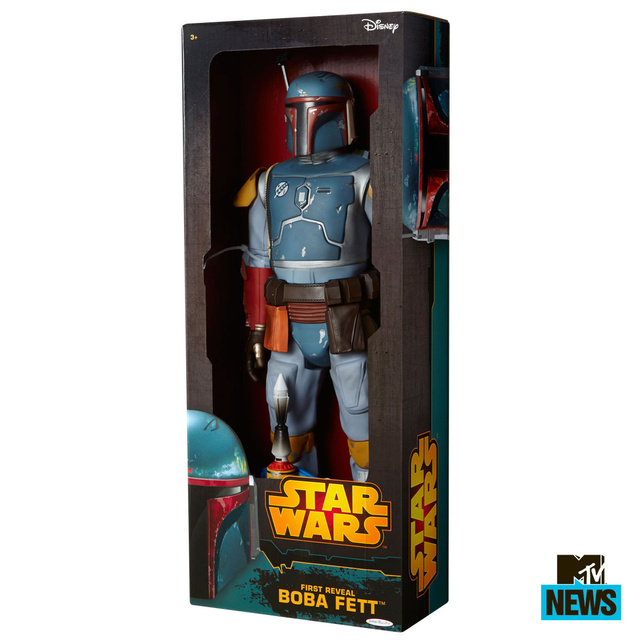 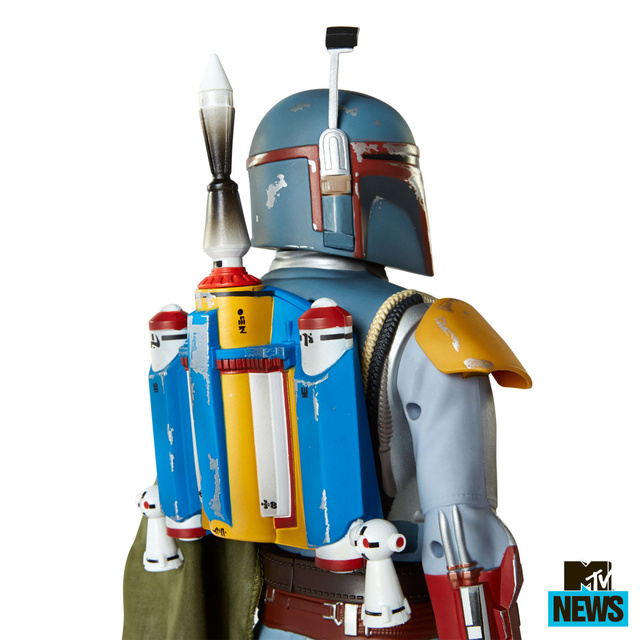 Here are two of the photos we took at SWCA: 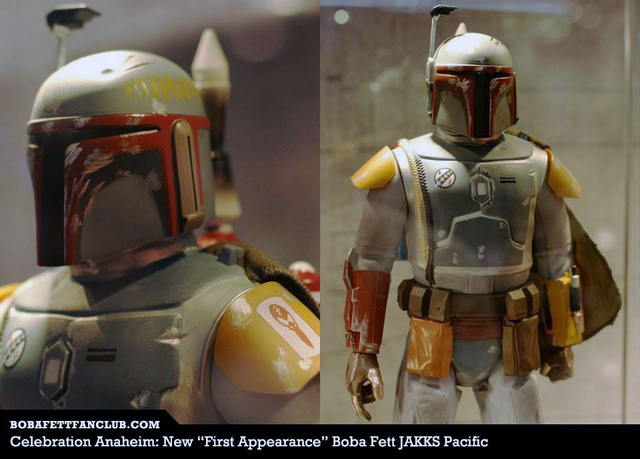 Boba Fett, Legendary Mandalorian Bounty Hunter has a long and colorful history. While many fans remember him from The Empire Strikes Back as well as his animate debut in The Star Wars Holiday Special, his true first appearance was as a member of the Star Wars delegation in the San Anselmo County Fair on September 24, 1978! At the time, Lucasfilm was headquartered at 52 Park Way in San Anselmo, about twenty minutes north of San Francisco. As part of harvest parade, Darth Vader and for the first time in public, Boba Fett, marched throughout the street waving to fans of all ages. The armor was worn by assistant film editor Duwayne Dunham and featured several noticeable difference such as the brightly colored blue jump suit, yellow and red armor highlights, as well as the "tribal marks" on his helmet; all altered for his later film appearances. JAKKS Pacific is excited to celebrate this legendary character and offer an articulated action figure of First Appearance Boba Fett or the first time ever! It will cost $50 and will be sold in the Lucasfilm Pavilion in the JAKKS area where you can also come to pick up an amazing Star Wars action figure art card with photography by Stephen Hayford.

This will be the second Boba Fett figure from JAKKS Pacific.

Helmet nod to the unofficial SDCC blog for the heads up. 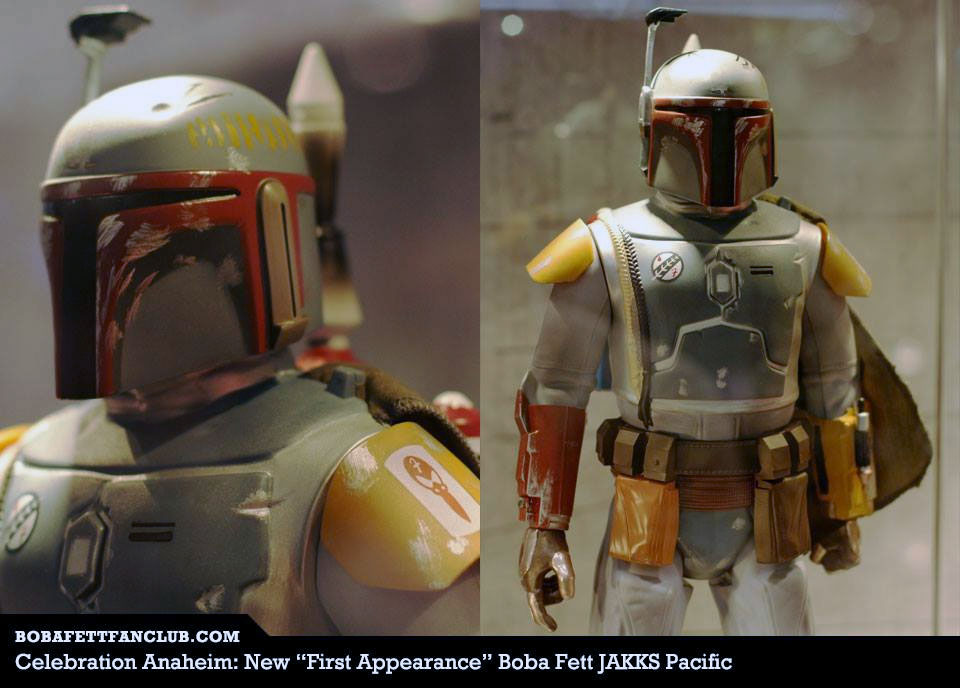