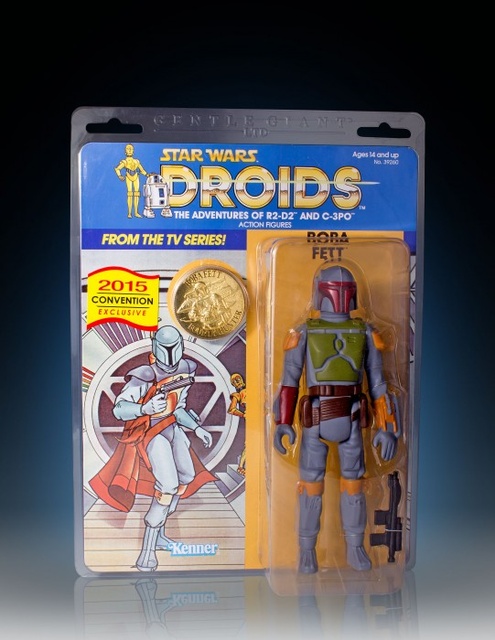 It will retail for $100 at the convention. Those not attending the convention need to be members of Gentle Giant's "Premiere Guild" in order to have an opportunity to buy direct.

In 1985, everyone's favorite protocol droid and astromech droid starred in their own animated TV series. Star Wars: Droids, featured R2-D2 and C-3PO on their early adventures that took place before Star Wars: Episode IV: A New Hope. The series also featured the appearance of Boba Fett himself!

This will be the third jumbo figure to include Boba Fett. Back in 2013, Gentle Giant released a Boba Fett Rocket Firing Jumbo Kenner Action Figure and also a Jumbo Holiday Yoda, which had a mini Boba Fett in the Christmas bag. 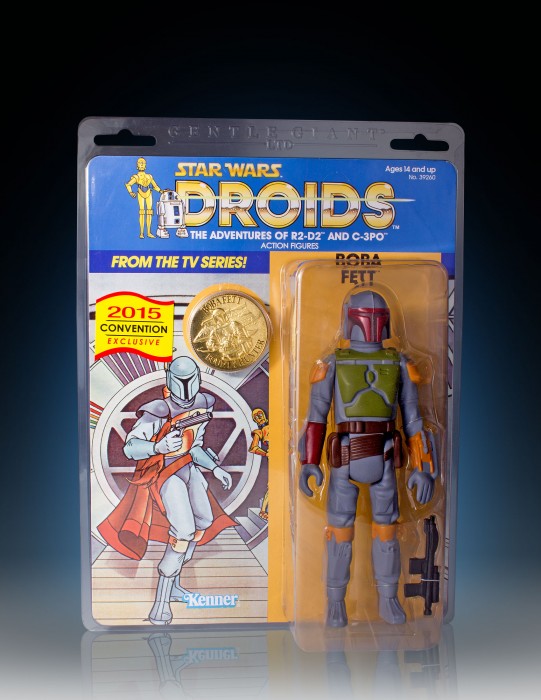