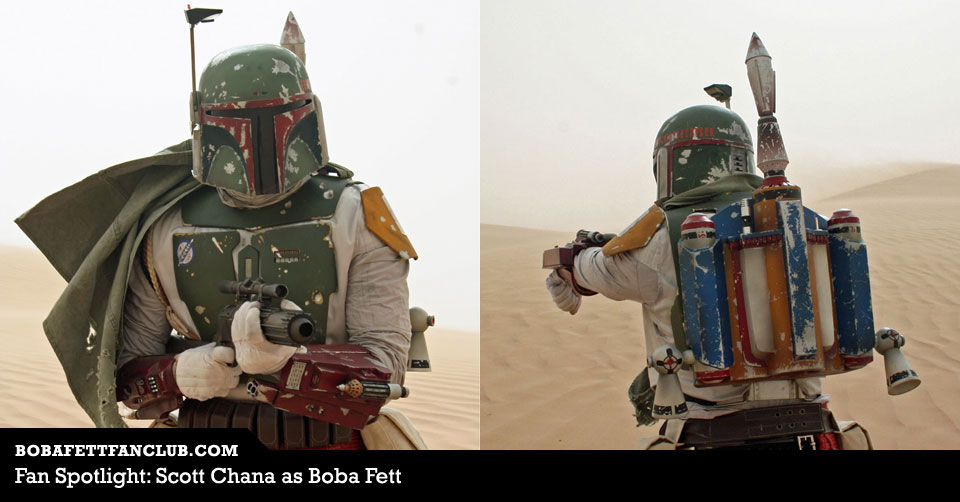 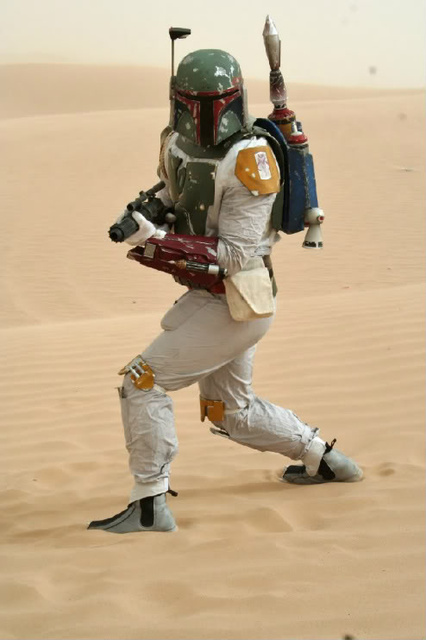 Member of the 501st Legion, Mandalorian Mercs Costuming Club, and The Dented Helmet.

I could write a journal on why I chose Fett (I’ve actually already done that), but for now, I’ll pick just one reason! Despite it never being able to take place in any story-lines, a priceless moment for me is Boba and Jango both in armor on a bounty hunt together. Not only can I now see all of the various pictures of this taking place, but I can actually live the moment. 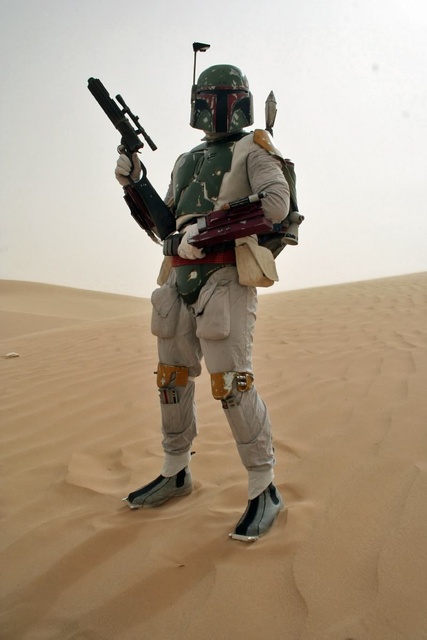 Star Wars Celebration 4. I remember meeting up with one of my friends who has one of the best Jango Fett costumes I’ve seen. I was in my Boba Fett at the time. We were trying to get back to the 501st booth at the other end of the convention center. Both of us could not move more than 10 feet without stopping for pictures. It took nearly an hour just to get from one end of the convention center to the other. I don’t recall another time I’ve had my picture taken by that many people.

The trouble is, I don’t know if there is a “just right” for Boba Fett. Every time I think I’m done upgrading and adjusting the costume, I see something else I can change. For me though, the most challenging part of the costume is the electronics. I have a remote-controlled servo in my rangefinder, and a voice modulator. Of the 45 minutes it takes to get into costume, about 20 of them are spent on the electronics. 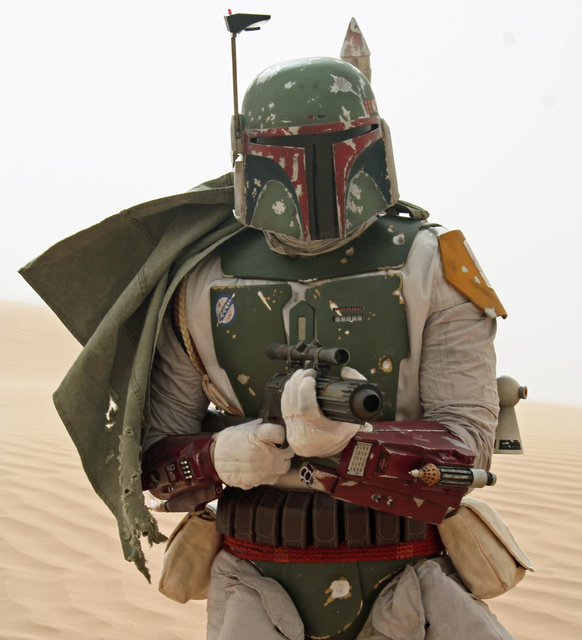 Despite the temptation, do NOT rush to get the costume finished. I made this error when I first started and upgraded almost the entire costume many times over the course of only 8 months. 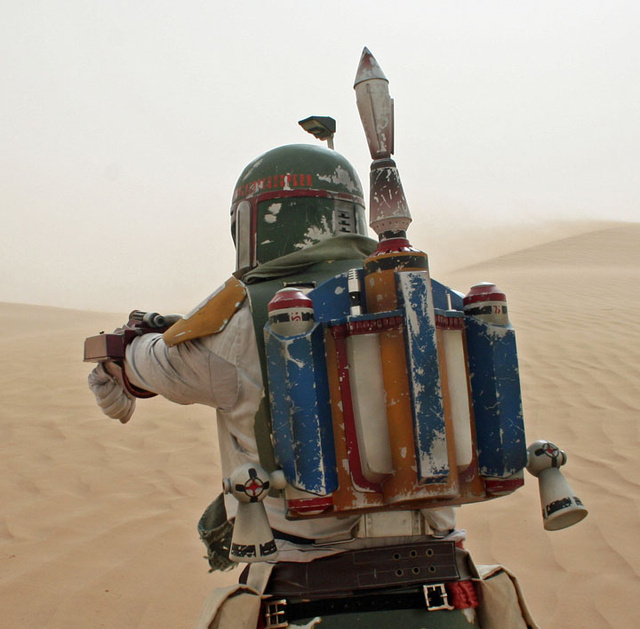 Boba Fett escaping the Sarlacc Pit! I actually have a tattoo of ‘Boba Fett Unleashed’ on my upper back. 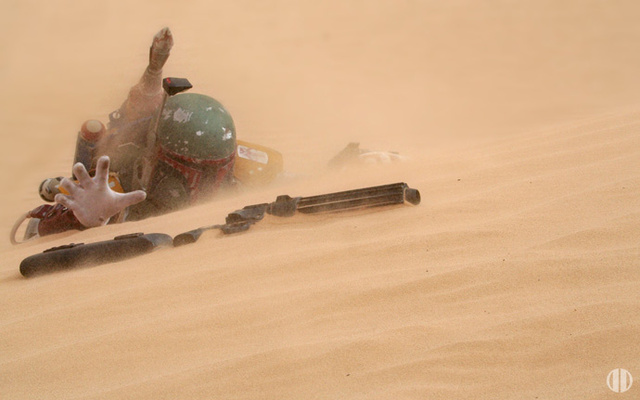