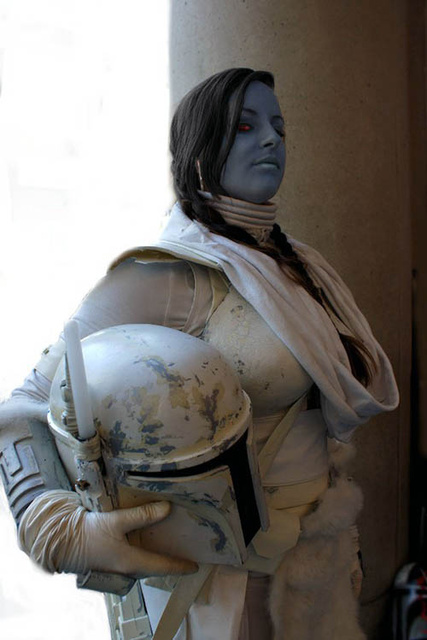 I attend a variety of costume forums, including the RPF, 501st Legion, the Dented Helmet and 405th Infantry Division.

Year ago I wanted my own Boba Fett costume, although when I read the Karen Traviss books that elaborated the lore and culture of the Mandalorians, I aspired to create my own character. Umi is my second custom Mandalorian costume. She was created while I lived far up in the isolated and beautiful Rocky Mountains of Colorado. The scenery and snow inspired me to create a character that reflected the beautiful scenery around me. Umi as a character was imagined as a bounty hunter who found residence on an Imperial controlled snow-based world. Her role was that of the single source of security for a desolate prison facility, if prisoners attempted escape, she got to hunt. I kind of developed her to be a sadistic, loner, or mysterious type character. 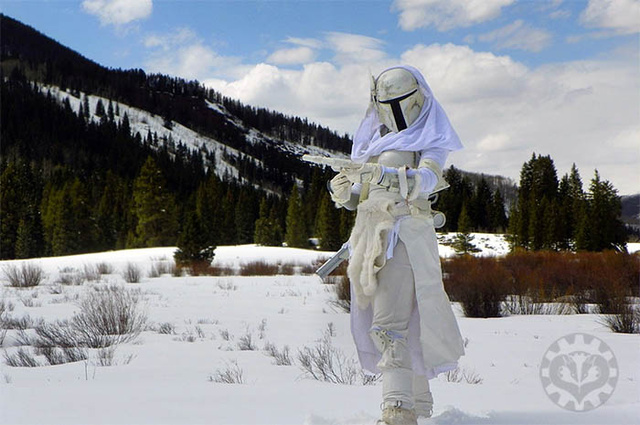 I have found that several people from around the world have replicated my custom costume, how neat is that? They’ve cosplayed my cosplay!

I worked loosely around my original concept and learned to adapt to the materials I managed to find locally. I had to learn to be flexible.

Do lots of research. Devote time and money into your project. While you can update your costume as you go, invest love and attention into your costume so you get it right from the start! Developing a concept before hand and taking your time to collect appropriate material is worth it! Also, make it genuine. My personal rule stands: I want my costume to look like it’d fit in the background of a Star Wars film set. 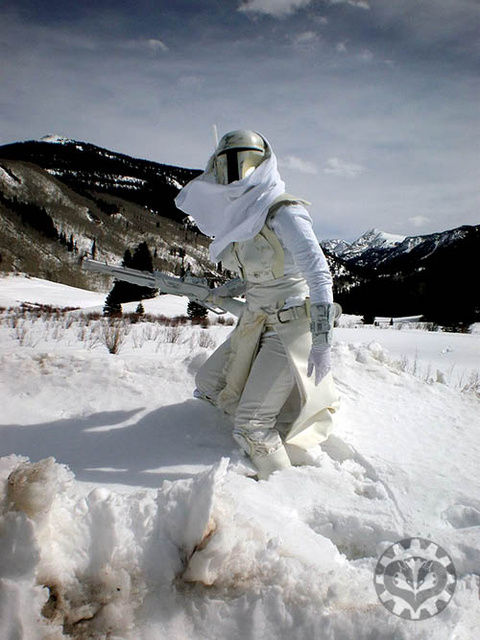 Boba Fett of course. Nothing will ever beat his cool, calm, bada** demeanor! The Empire Strikes Back is my favorite of the films, and Boba, although his roles were few, is the reason for that! 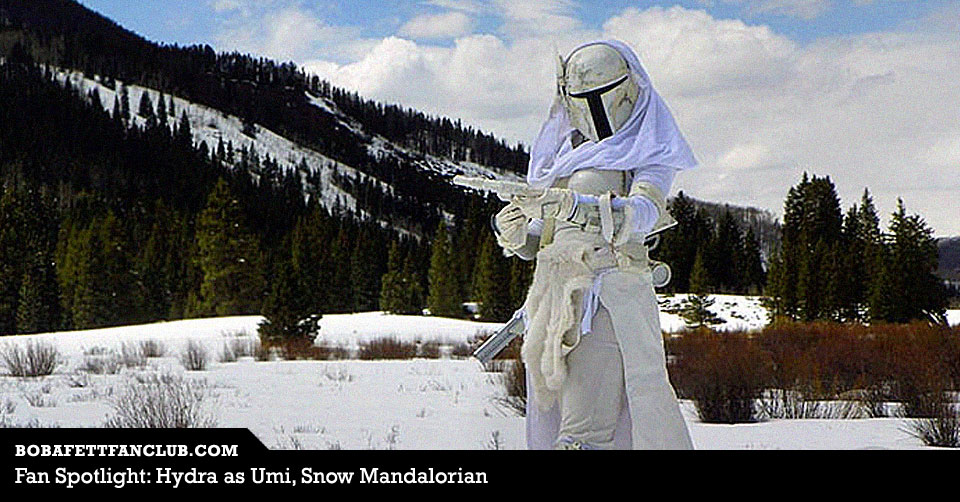