The latest Vinylmation Boba Fett to be released by Disney will be the Holiday Special re-paint. It’s set for November 21st for $16.95 with a limited edition size of 1,500. 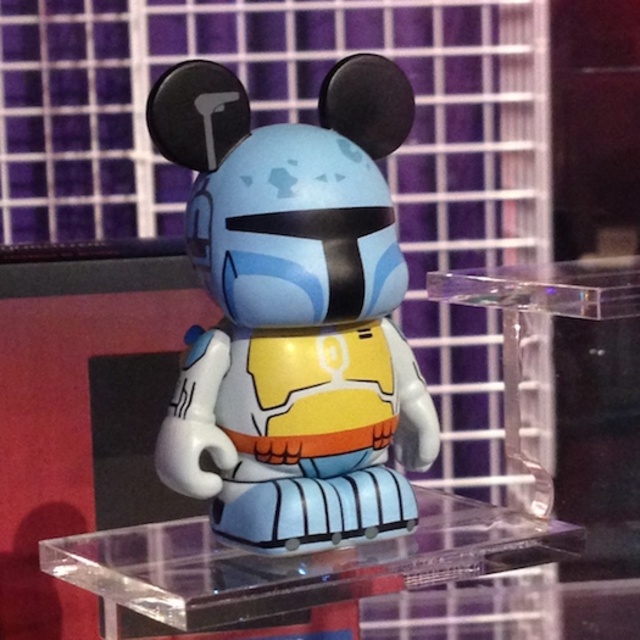 D-Street — Disney’s boutique stores which are often outside Disneyland parks — will carry the limited edition Vinylmation.

VinylmationWorld first reported the news via information from a private Facebook group for Vinylmation collectors. They also are the source of this debut photo.

As some serious fans will see right away, the re-paint has an inaccuracy: the diamond-shaped center of the chest armor is not accurate. The original cartoon in 1978 did not have this detail that the feature films had.

Special thanks to @swautograph for the head’s up on the VinylmationWorld link.

According to VinylmationWorld.com, this figure is also expected to be sold on DisneyStore.com. They also provided this official one sheet: 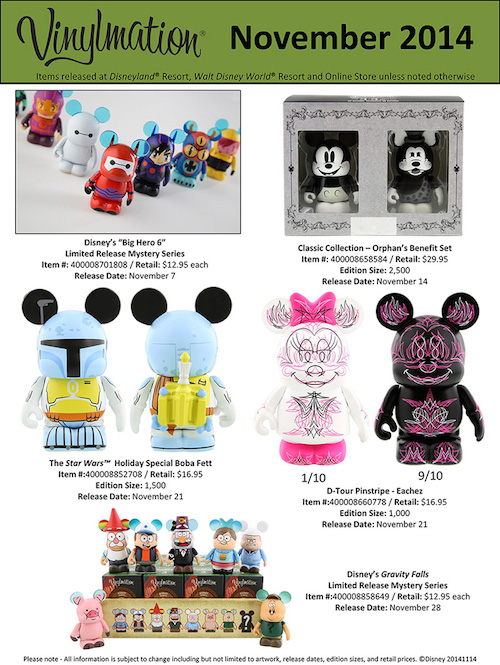 Here are past Vinylmation Boba Fett releases over the years: 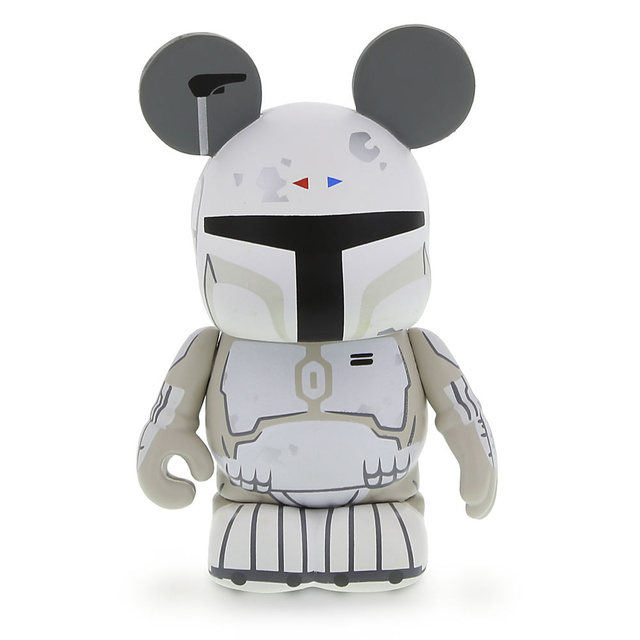 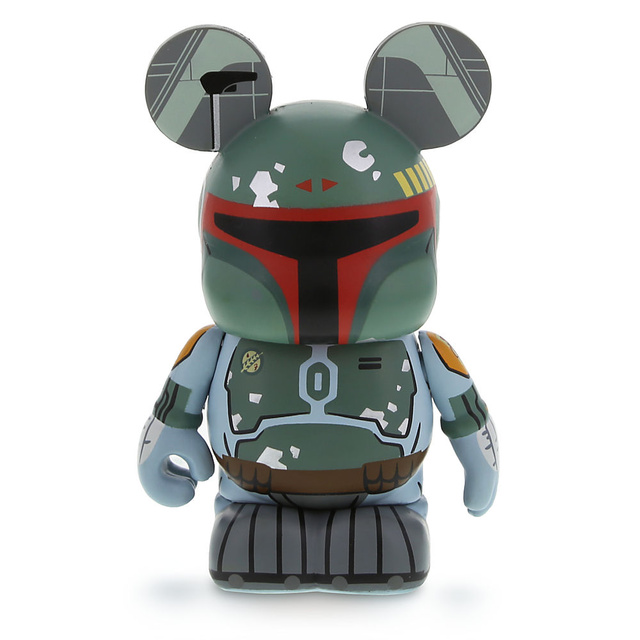 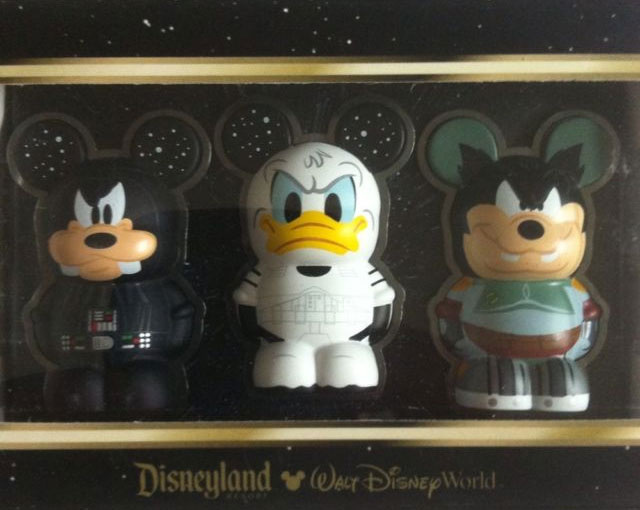 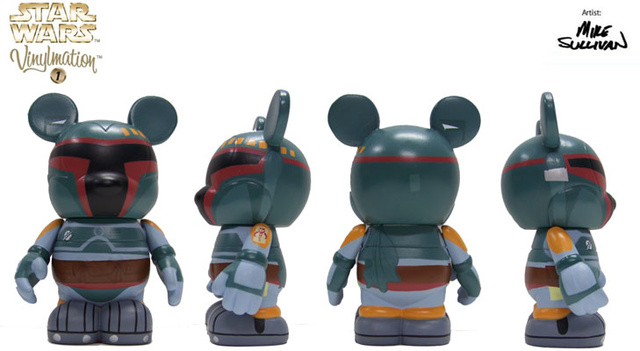 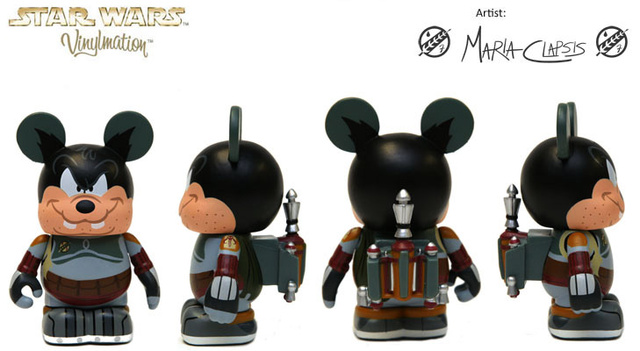 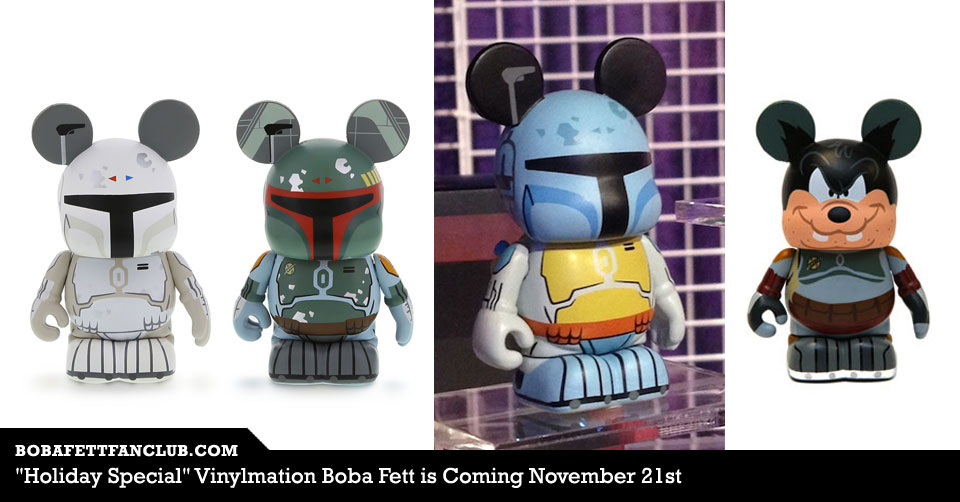