My name is Rick Ponte, and I’m costuming as the Return of the Jedi “Special Edition” variant of Boba Fett. 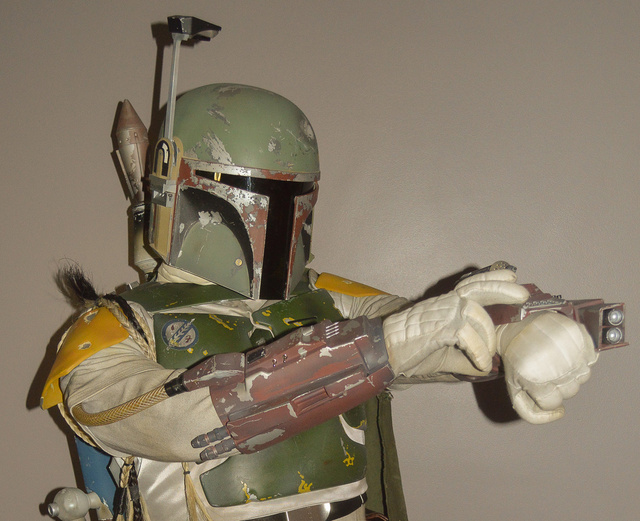 My main forum that I’m on is “The Dented Helmet.” I’ll browse RPF and other off-shoot sites, but TDH is where it all began. The friends I’ve made there are some of my best. On most sites my handle is just “Ponte.”

Boba has always been my favorite fictional character — period. When I was 8 years old, “Star Wars: Dark Forces” came out on PC, which I played on my uncle’s computer. I remember one level where the “boss” was this menacing, jetpack-flying character that terrified me because he came out of nowhere. I ran out of the room and asked my uncle who he was. After telling me about Boba Fett being a bounty hunter, I became enthralled. Shortly after, he showed me “The Empire Strikes Back.” That’s what did it: I wanted a Boba Fett costume. I would run around the house wearing an old vest, using my book-bag for a jetpack and a bunch of paper plates that I stapled together to form a helmet. Fast forward to 18 year-old me, recently graduated Basic Training and assigned to my Infantry unit, when I found “The Dented Helmet” forum. Between 2007 and now I’ve been constantly upgrading my suit to more accurate parts as they’re released. Honestly, it’s really, really hard to wear any other costume because they can’t ever match the sheer awesomeness and unique look of Boba Fett. Everyone knows who he is, and the crowd goes nuts when I take it to a convention. 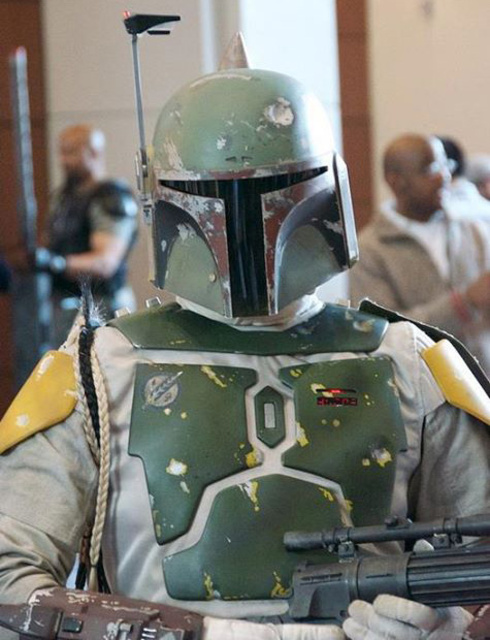 Most of us who costume as Boba would say meeting Jeremy Bulloch was our most memorable experience in costume. But for me, it was meeting John Morton at Awesome-Con DC last year. Boba was played by a handful of actors between “Empire” and “Jedi” in different scenes. John Morton — or as Jeremy affectionately calls him “Bespin Boba” — stood in the suit when Vader just gets finished torturing Han Solo.

When I approached John in my suit, his eyes completely lit up. The first thing he said was “Wow… Hey, do you mind if I hold your blaster?” After giving him the blaster, he remarked at how off-balance it was, just like his ESB blaster on the original set. We then had a long conversation about what it was like working on the set, how Irvin Kershner told him to “act like Clint Eastwood in ‘A Fistful of Dollars.'” He was an extremely nice guy and to hear one of the original Boba Fett actors talk about his crafted demeanor was priceless.

Oh, and proposing to my now wife was a pretty memorable moment. 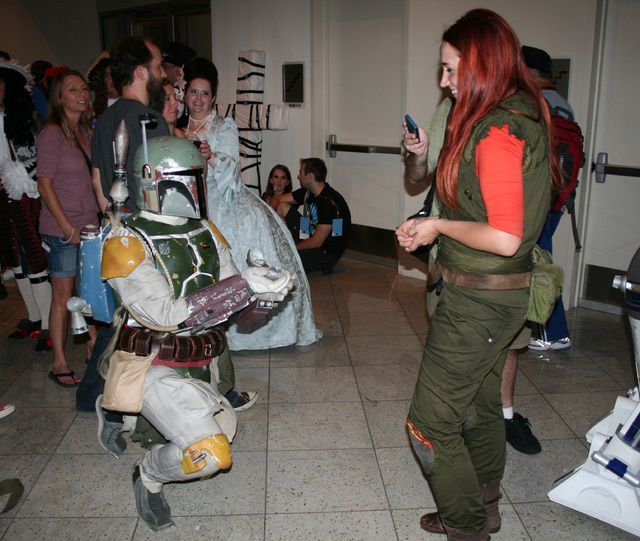 There are two challenges that go hand-in-hand with one another when making a screen-accurate Boba Fett: stencils and color. There are an obscene amount damage stencils, chips, and marks that are on Boba’s costume, featuring dozens of different colors. On top of that, there are thousands of photos — both movie screen caps and museum photos taken by fans — that showcase the suit in vastly different lighting which completely changes the color. Most of us have a general idea of what the suit is supposed to look like, and mixing paints is absolutely required to “get it just right.” 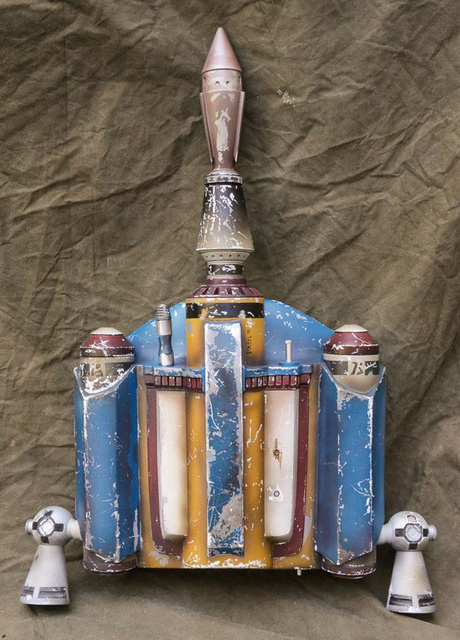 Take your time and take pride in your work. If you’re working on a costume that is complex and requires a lot of detail, the last thing you want to do is rush it. People can tell. If your costume is a 1 year project, trying to get it finished in 3 weeks for an upcoming convention is going to leave you stressed out and frustrated, with a costume that fell short of your goal. If it means not debuting your costume until next year, then so be it.

There are countless Star Wars moments, both in the films and games that I cherished as a kid. I’m really biased on this one, but honestly, Vader approaching all the bounty hunters on the bridge of the “Executor” had the largest impact on me. It was the first time I saw my favorite character on screen. The lighting and cinematography was such a defining look that just screamed “Star Wars.” 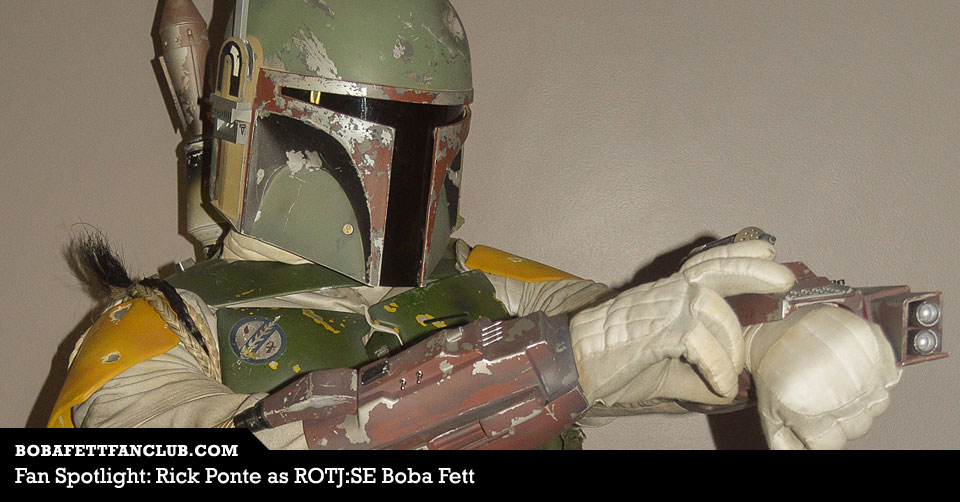