I’m James Holliday and I typically costume as Boba Fett. 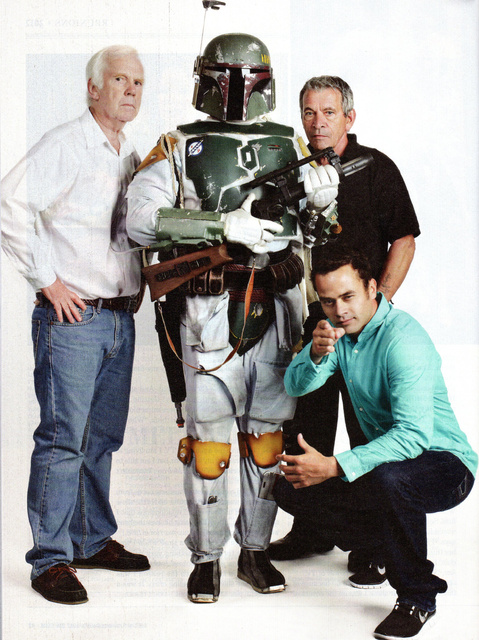 I am a member and Garrison Commander in the 501st, a member in the Rebel Legion, The Dark Alliance and also Comic Book Characters for Causes. I’m gymbeau2000 on most sites.

I remember being as young as 4 years old in 1981 and having my vintage Fett figure. He was always my favorite, he just looked so dynamic. I watched ROTJ in theaters and even though Fett died, he still was very interesting. By the time that movie came out, my figure had the paint worn off it. 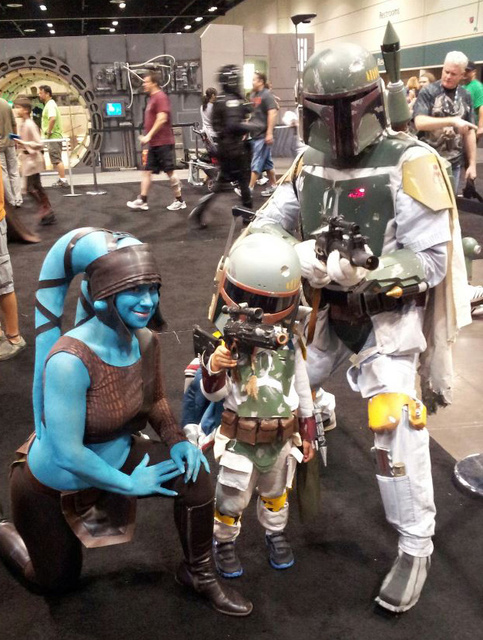 As for the costuming and costuming in general, I always wanted the Illusive Concept’s Han in Carbonite. When I retired from the US Army, I tried to find one to start my mancave off with. I couldn’t find one, but discovered The Dented Helmet and people making some. I figured I might could pull that off, but then after reading around saw everyone making Fett costumes and just couldn’t pass up the idea of that. I always assumed it was too expensive (it’s fairly expensive) or that it’s too hard to do (it’s not easy) or that you had to know people (well…not really) to build one and get into the costuming clubs, but luckily there’s a lot of myth to that and I didn’t allow myself to get discouraged, so here I am.

I think my most memorable experience was being selected as Fett for the Entertainment Weekly magazine shoot. During Celebration 6, they sent a photographer down to take pics for an article in their “Reunion” themed issue and since Jeremy, Dan and Dickie were there, they wanted some group pictures. It was a great time being in a private room for a couple of hours with the Fetts doing the shoot. I was convinced it was going to only go on EntertainmentWeekly.com and didn’t let any of my friends in on the shoot. Once The Dented Helmet posted the picture and it was in Entertainment Weekly’s print magazine, I figured I could spill the beans. 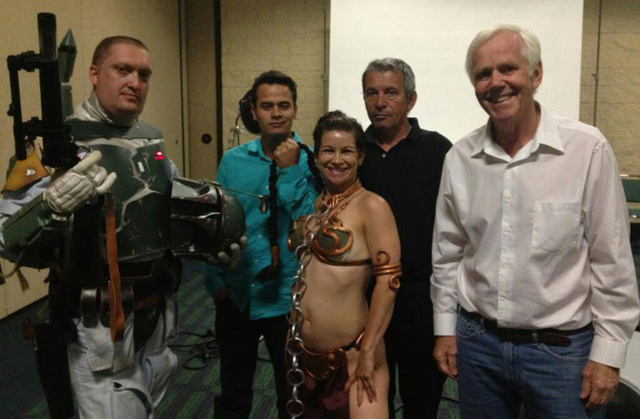 I wear an ESB Fett, so the helmet is particularly difficult. I had to teach myself many skills to get this costume right – vacuforming, freehand thermoforming, spray painting, sewing, dying cloth, dremelling, airbrushing, etc. I kept track and it took me a little over 120 working hours just painting the helmet, but it’s very close to being scratch for scratch.

My advice for costumers is research, research, research! I thought I was the biggest Fett fan on earth until I started working on this. I was shocked at all the small and not so small details I never even noticed before, like the ESB’s sidearm! 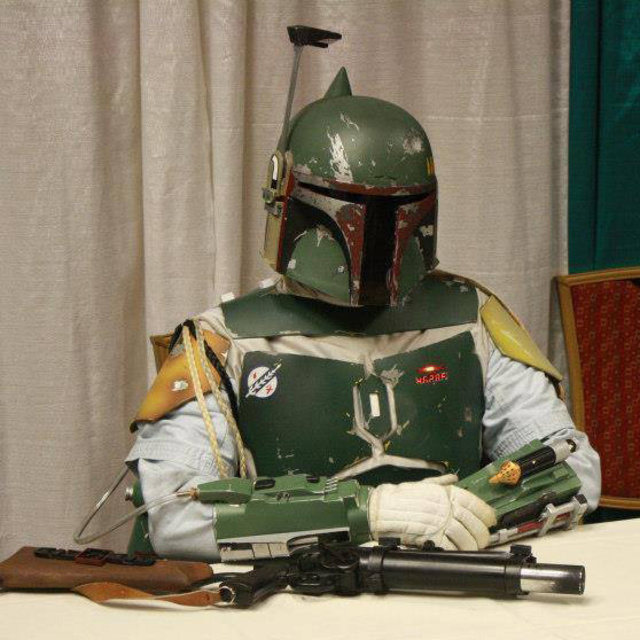 Wow, so many great moments…. I do really love the “Empire” Star Destroyer bridge scene first showing Fett and the hunters, but I think the opening shot of the Star Destroyer in “A New Hope” will always give me chills. 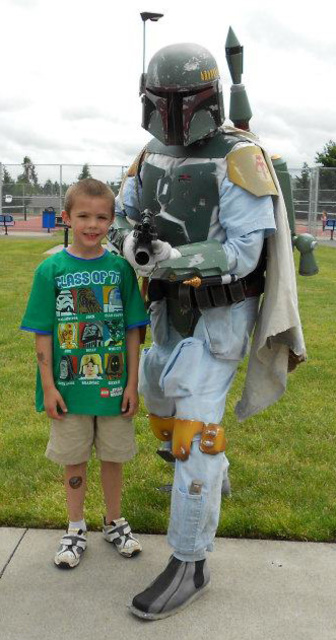 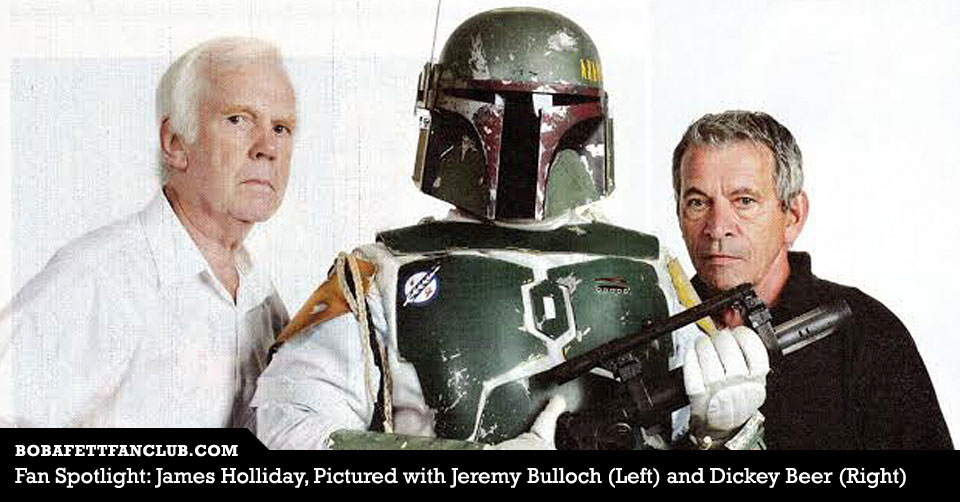