As recently announced at Lego’s Toy Fair in February, a new version of Boba Fett’s Slave I is set to be released in the fall of 2010.

The set features a new look for this version of the infamous bounty hunter’s iconic ship, after having 3 previous Lego versions to date. It is also the largest of the Slave I’s released thus far, boasting 573 pieces! The set comes with a new version of Lego Boba Fett, previously un-released Bossk, and a new Han Solo plus carbonite figurine. 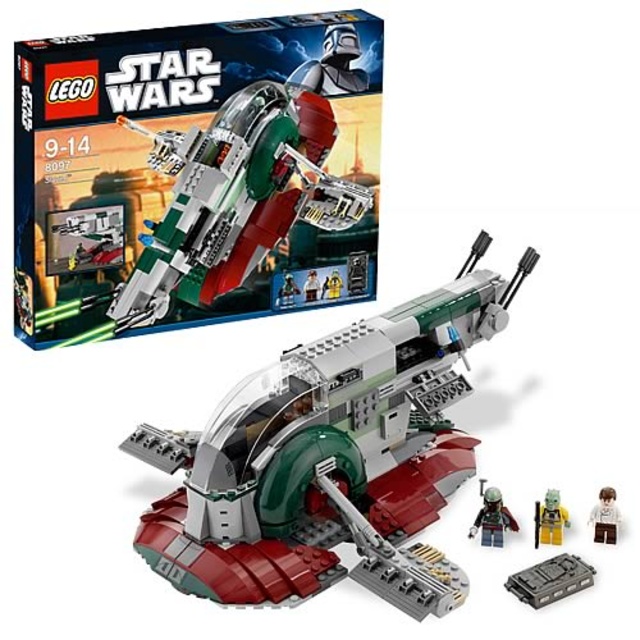 Be sure and check out our Bounty section for other Boba Fett Legos!