Who all caught Robot Chicken’s Breckin Meyer on The Conan O’Brien Show last night talking about his Boba Fett impression with Conan and Bill Hader?

Here’s an official link with the clip, which should be available for at least a day. It’s noted that the embed works in “Select Nations Only,” which means in the FAQ, “Sadly, not viewable in various countries, including Canada, Australia and Ireland.” Below is a transcript.

O’Brien: Are there any voices that you get to do?
Meyer: Well, I get to do Boba Fett, which is like the dream, well, unless J.J. calls — by the way, you can — but, uh…
O’Brien: This is the show where we’re auditioning people.
Meyer: I assume I’m not going to be playing Boba Fett, so this might be the only platform in which I can do it. I made Boba Fett just sound as I thought he always would, which is just… I’m really cool and I got no problems at all. You know, just going into my ship, the Slave I, right now. Me and the frozen Solo are going to take a trip down to Happy Land. So, just going that way.
O’Brien: So you’re Boba Fett’s a guy who just does it really laid back.
Meyer: He’s really sexy. (Laughs.) In case you don’t know, that’s my sexy voice. When he gets into it, he goes so, we’re going to do this?
O’Brien: That’s a terrible voice.
Meyer: That’s a super sexy voice. I beg to differ. So, anyway…
O’Brien: I thought you and I were going to get it on.
Meyer: No.
O’Brien: And I do mean get it on.
Meyer: There’s another chick in the tub if you’re down. Like that. Doesn’t that sound sexy?
O’Brien: No, that’s awful.
Meyer: Really? Sounds just like my dad, so…
O’Brien: Well, that’s how we all define sexy.
Meyer: That’s my dad.

Robot Chicken has had three Star Wars themed episodes, all of which include at least a short scene with Boba Fett, voiced by Breckin Meyer. The series was created by Seth Green, who is known to be a big Boba Fett fan. Learn more about the skits/scenes on our Fettpedia wiki. 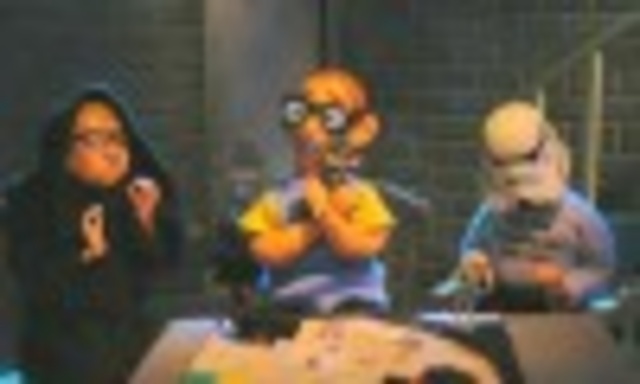 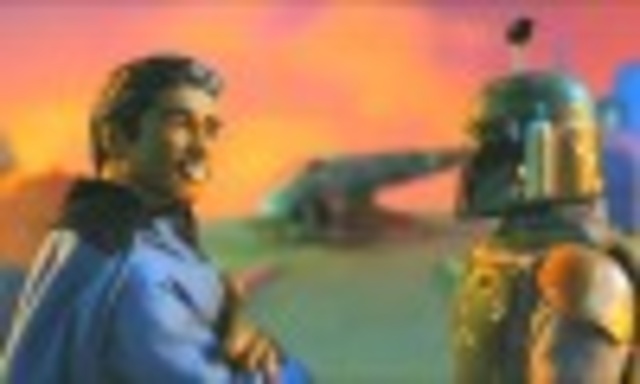 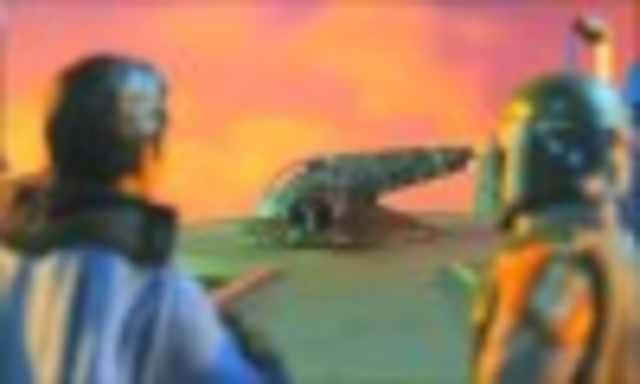 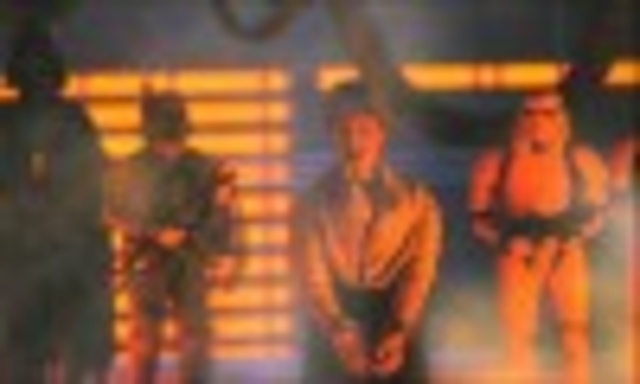 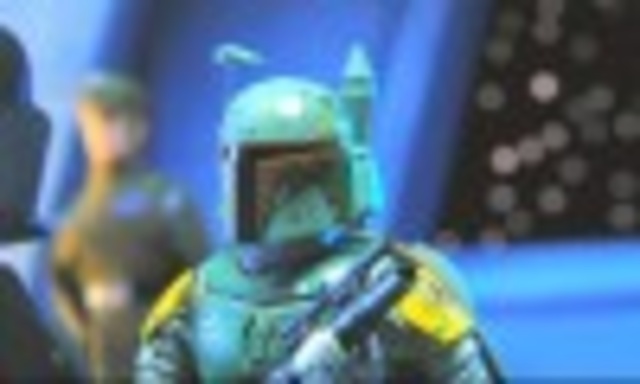 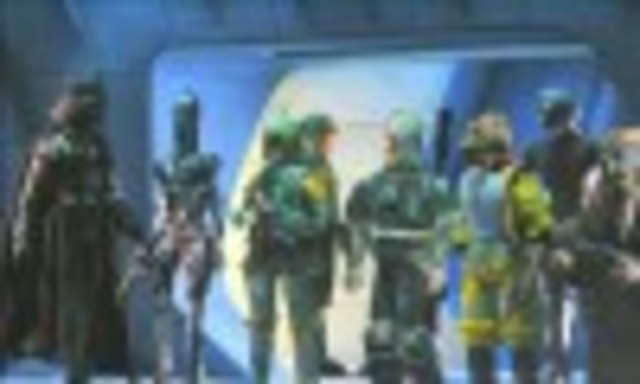 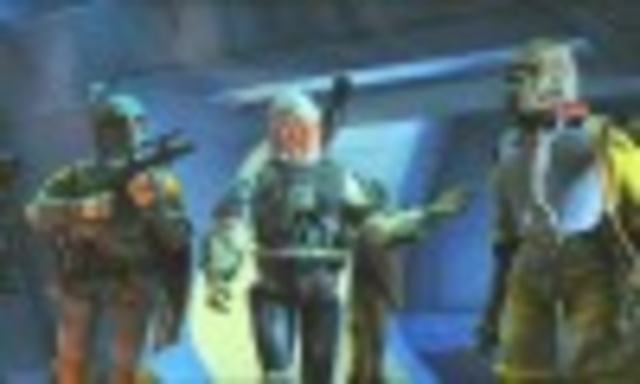 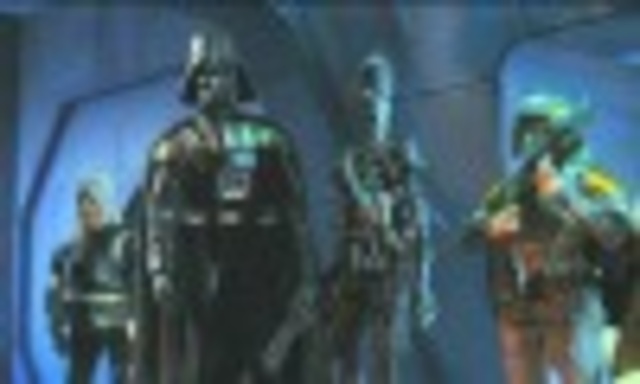 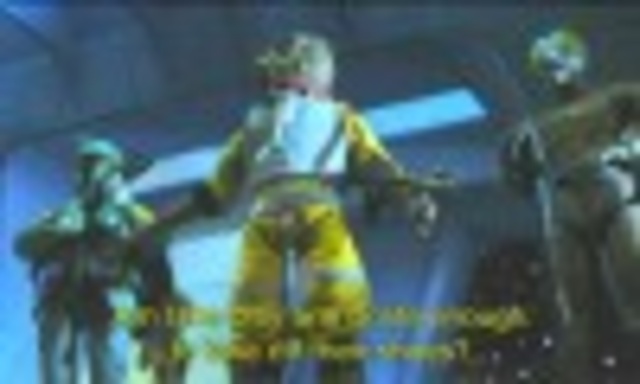 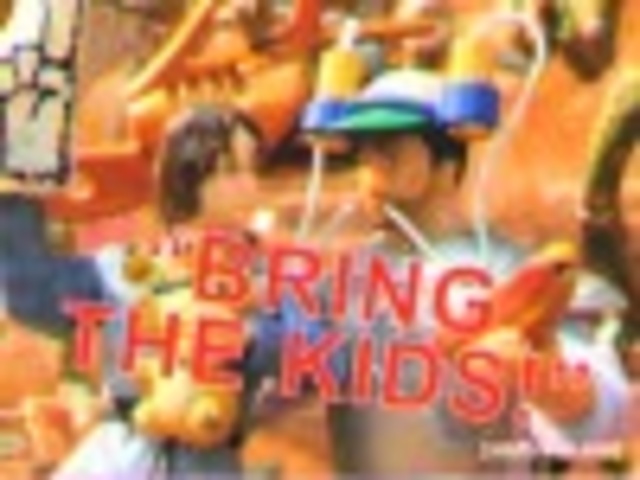 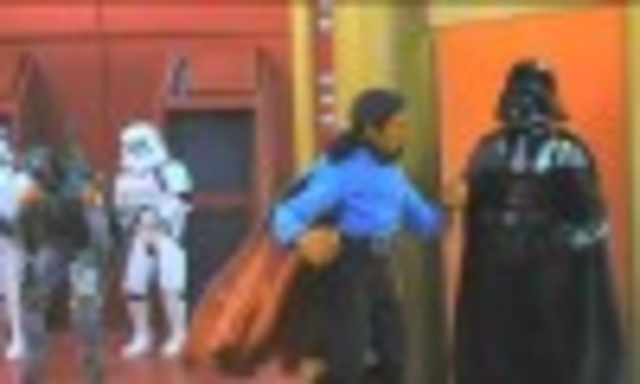 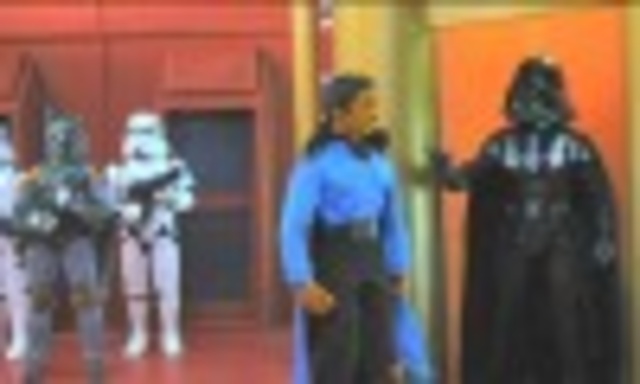