Forget the unboxing videos, here are some gameplay videos of Boba Fett in the new Disney Infinity 3.0 game that was just released.

We’ve also noted some lines we’re hearing Boba Fett say in the game. It’s all voiced by Temuera Morrison, who played Jango Fett in “Attack of the Clones” and who re-dubbed Boba Fett starting in the 2004 DVD release through to present.

How to unlock Boba Fett in the game

Outside of the main “Toy Box Hub,” you need to find the Boba Fett token in the game in order to play as Boba Fett in the “Rise Against the Empire” expansion of the game. When you climb up Jabba’s Sail Barge, right alongside the Sarlacc Pit, the Boba Fett token is on one of the planks / beams / boards off of the ship.

Fett rides in on a Bantha to take on the Sand People (Tusken Raiders), who “may have stolen the part,” according to the narrator helping you. (It ends up being energy binders.)

When Boba Fett finishes on the ground floor, he says, “Now I truly am the best bounty hunter … there’s ever been.” After climbing up the cliff, while shooting at Tuskens, he adds “What a waste of my time. There wasn’t even a price on your head. You cannot escape me. None can escape me now.”

This video shows an overview of the “Toy Box Hub,” including some beginner gameplay as Boba Fett within that world. One line we hear Boba Fett say in this is, “Another mission, another pay day.”

Boba Fett’s upgradable skills in the game include all of the following:

Boba Fett on a Halloween-themed map

Boba Fett on a Tauntaun on Hoth 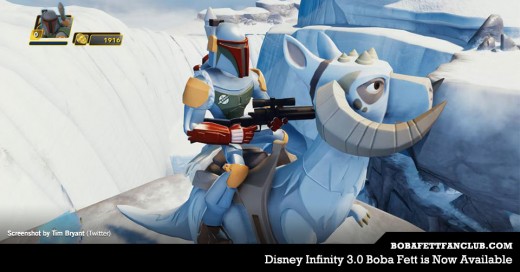 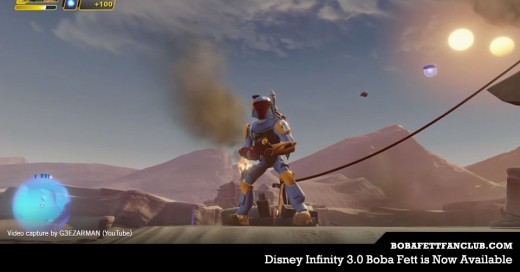 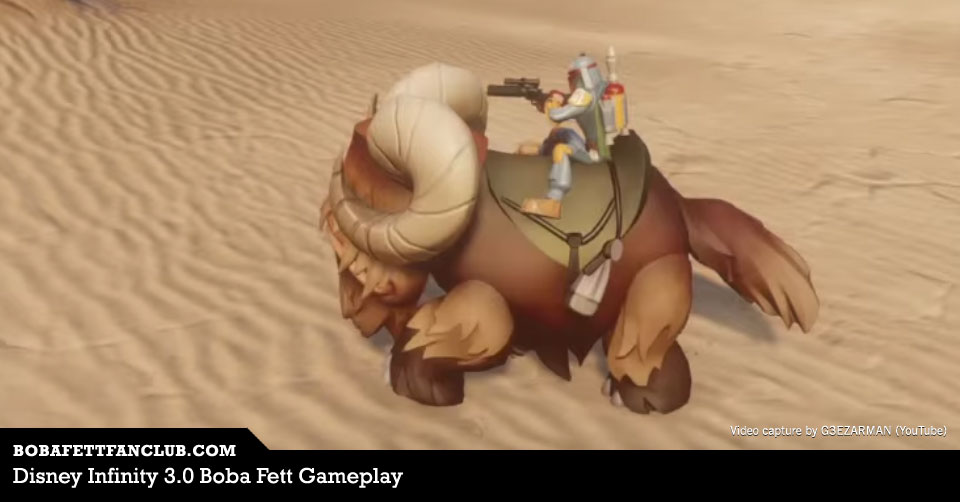